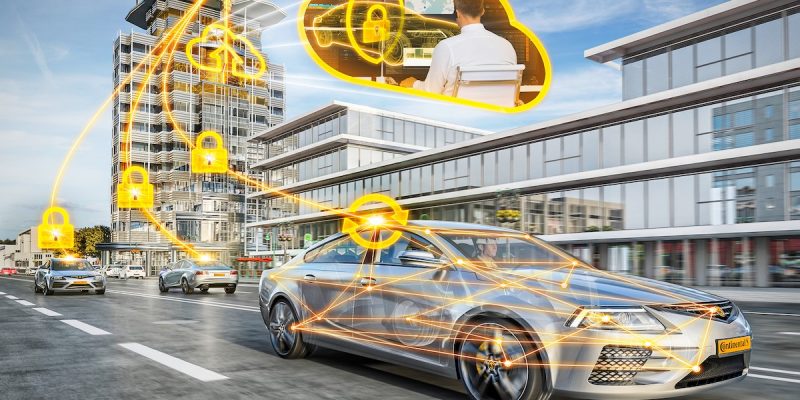 Automakers, content providers, network operators and Tier One suppliers are all wrangling with the unique opportunities offered by touch and voice-based interfaces, custom content, AI and autonomy. Some suppliers, like Continental, are taking a holistic approach for the human-machine interface (HMI), where the goal is a natural dialog between the driver and vehicle.

Technologies like voice command or gesture control are making the HMI more intuitive and safer by reducing driver distraction, while the available functions in the cockpit are increasing and require more and more interaction with the driver. “Pure graphical or touch-based interaction solutions will either not allow this variety of functions or simply overload the driver,” Christof Menzenbach, product manager for multimedia and cross domain hub at Continental, explained. “A voice-based interaction based on artificial intelligence and the anticipation of intends of the driver makes a significant difference here.”

The company is also partnering with Silicon Valley company, Leia, to develop the hardware for their Natural 3D Display together, as well as collaborate on content creation and developer ecosystem support. “The collaboration enables car manufacturers and third-party developers to easily create holographic apps for the car of tomorrow,” Menzenbach said.

Therefore, the companies are offering a software development kit (SDK), which gives developers access to the car’s interior and exterior environment in full 3D and enable a host of applications on the digital cluster or central information display. “Our biggest challenge on the road towards fully automated driving is the new role of drivers and the resulting needs and requirements, which also need to be considered when developing new infotainment systems,” Menzenbach noted.

As the car takes control of ever more driving tasks, the human gradually transitions from the role of driver to observer, which raises entirely new questions and challenges concerning the interaction between humans and vehicles. “Intuitive interaction concepts also offer a big opportunity. It creates trust, transparency and mode awareness on the road towards automated driving,” he said.

In addition, when it comes to autonomous driving, the car becomes a completely new environment for the driver in which he or she wants to be relaxed and entertained in equal measure, whereas the driver distraction becomes less relevant. This means completely new type of use cases of infotainment solutions, such as games or video entertainment will be possible, supporting a different way of interaction between vehicle and users.

However, the technical components of interaction concepts for automated driving not only have to be networked dynamically and in a multimodal manner but also have to be intuitive in use and capable of considering the driver’s current state of readiness at all times. “For example, drivers might need more time and assistance when taking back control of the vehicle if they have been engaged in non-driving-related activities over a long period of automated driving,” Menzenbach said.

Michal Lagan, head of marketing and communications at connectivity management platform specialist MAVOCO, cautioned automakers about launching into their own content creation strategies. “They can create their own OS (operating systems) and app store but I would not recommend this ‘me too’ thinking and not start creating streaming services and more,” he said. “Maybe the manufacturers see some business models and revenue streams behind this but I think that a vast majority of people already has some subscriptions, which they use at home and could use on the road as well.”

For example, imagine if you change your car from Volkswagen to BMW. What will you do with your VW streaming service? “When the industry agrees on a standard and everyone is going to have the most common services, this will be very easy for the consumer,” he said. “In that case, I think that the app store-approach is a more interesting one for them.”

He explained the unique environment at this stage will be at the cost side because streaming requires a lot of data transfer. “Here we need systems to enable split billing for different services and let the car manufacturer pay for what he consumes and the customers for theirs, for example streaming,” Lagan said.

Grant Courville, vice-president of products and strategy at BlackBerry QNX, said in the future, as the car becomes this open platform, you’re going to start to see more car centric applications. “We often talk about applications in the car and it’s been typically in the infotainment system. Yelp, OpenTable and Parkopedia and all these – I would say consumer type applications,” he said. “I think you’re also going to see services like insurance and other things that are going to become much more à la carte within the vehicle, underpinned by the infotainment system.”

Over time, Courville sees a combination of media content, vehicle specific information and consumer-centric information merging as the automakers look to deliver a seamless and safe “consumer-first” experience in the car. This will be guided by a “careful eye” on safety and driver distraction, hence why much of this will be targeted at front-seat and rear-seat passengers first.

“With no need to park or pay attention to the car ahead of you, autonomous vehicle cabins will evolve to serve drivers and passengers alike as all-in-one communication, information, productivity and entertainment hubs,” he said. “Consumers can very likely expect an in-cabin experience that essentially mirrors their home or office environment.”