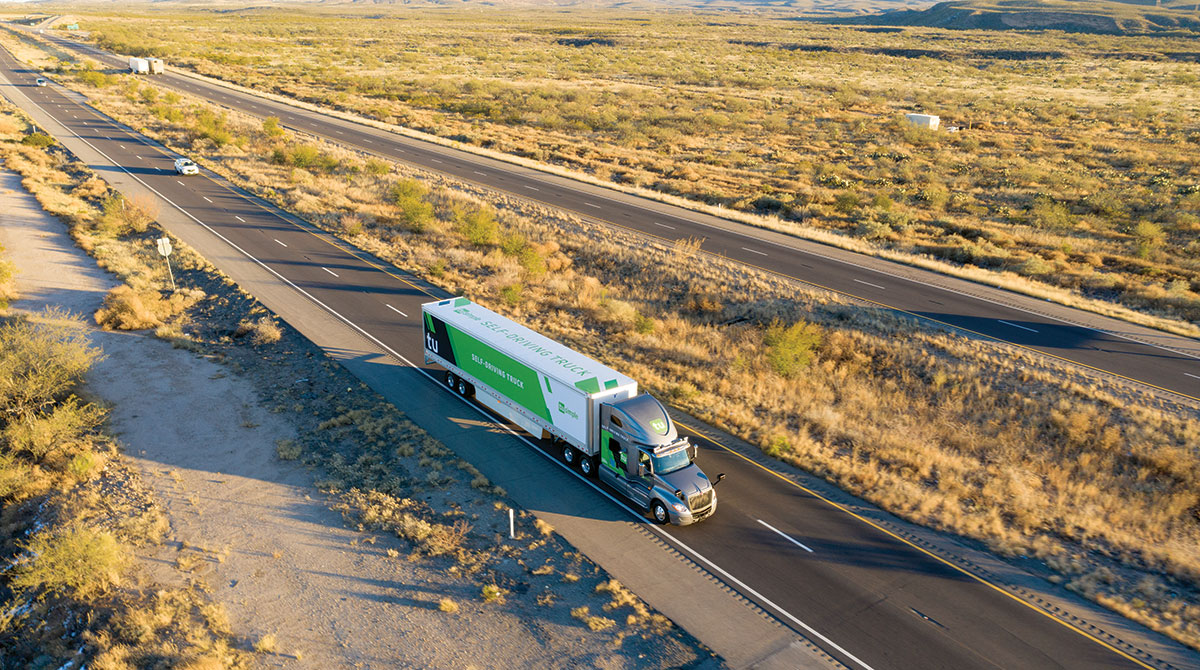 With its emissions mandates, tough labor laws, inspection requirements and extensive regulations, California has become both a difficult and expensive environment for trucking.

The state’s subsidies for vehicle acquisition and infrastructure are creating the initial volume the industry requires to calculate the real-world cost of operation for electric and hydrogen powered trucks.

One example starts in Modesto later this year. The state will channel $15.4 million through the San Joaquin Valley Air Pollution Control District to help replace all diesel-powered equipment at a Frito-Lay facility. The program will include the deployment of 15 Tesla Class 8 tractors and six Peterbilt 220EV battery-electric trucks.

These pilot programs allow manufacturers to iron out software and mechanical glitches and bring down the cost of batteries, the most expensive component of electric trucks.

“It has a huge effect because what happens is the more people we have in the game, the more product is being built, and it will lower the price of the trucks,” said Michael McDonald, UPS director of maintenance and engineering for sustainability and government affairs.

UPS, for example, has pre-ordered 125 trucks from Tesla with the understanding that the price will be close to an equivalent diesel Class 8 tractor.

“That will have a big impact on the amount of people buying it,” McDonald said.

Initial users of electric trucks are finding that many drivers like them better than diesel counterparts because they make less noise and have lower cab temperatures. Carriers also spend less on fuel costs and maintenance expenses. The big hurdle is that without incentives, the purchase price can be double or more the cost of a standard diesel truck.

The development of zero-emission technology for commercial vehicles, combined with autonomous driving research, has created thousands of jobs in California.

BYD and Proterra both have electric heavy-duty vehicle plants in Southern California. Daimler is invested in Proterra and will use one of its electric chassis. California startups including Motiv Power Systems and Xos are building electric trucks and components.

Paccar, the parent of Kenworth Truck Co. and Peterbilt Motors Co., has opened an innovation center in Sunnyvale where it is working on self-driving trucks and other advanced technologies.

To be sure, how quickly the results of these projects extend to the rest of the United States will depend on the willingness of other states to offer incentives for green technology and regulatory changes that would allow for various levels of automated driving. The COVID-19 pandemic also will delay development because of the physical challenges created by social distancing.

But as the health crisis subsides and the U.S. economy gets back on track, the advanced truck technology initiatives underway in California will start to change the face of North American trucking.

Although it doesn’t operate in California, Pittsburgh-based less-than-truckload carrier Pitt Ohio wants to electrify a portion of its fleet.

“We are looking for a straight truck or box truck that will go 150 miles without needing to be charged and have a normal payload of about 10,000 pounds,” said James Fields, the company’s chief operating officer. The emissions mandates and incentive investments California is putting into electric commercial vehicles are pushing the technology to the point where Pitt Ohio expects to find a truck that meets those requirements.

“The sense of urgency in California to de­velop electric vehicles will have an impact on how that electric technology will be rolled out to ­other states,” Fields said.

Pitt Ohio ranks No. 43 on the Transport Topics Top 100 list of the largest for-hire carriers in North America.

Additionally, other states — especially in the Northeast — have looked at California’s subsidies for green trucking technology and are considering similar programs, UPS’ McDonald said. Even Georgia, home to UPS’ Atlanta headquarters, is now looking at how to spur electric vehicle adoption, he said.

California’s role in pushing advanced technology comes with a grudging acceptance from many in the trucking industry, said Mike Roeth, executive director of the North American Council for Freight Efficiency.

“Ten years ago, we had trucks struggling with pollution control technology. There were big problems and big costs and the industry was feeling that we were paying $10,000 to $15,000 more per truck and that the technology wasn’t that reliable. The industry blamed California for that,” Roeth said.

“The whole country is starting to see the opportunity with electric trucks. You get fuel cost savings and a quieter truck that is easier to operate,” Roeth said. “That is starting to strike a chord with the industry and California is the place where the deployments are starting.”

There are enough customers for Daimler Trucks North America and Volvo Trucks to ready commercial production of electric trucks. DTNA said it will begin selling its heavy-duty Freightliner eCascadia and the medium-duty eM2 late next year. Volvo is investing $400 million in its New River Valley factory in Virginia, in part so that it can launch sales of its VNR Electric regional haul truck this year and ramp up production in 2021.

Although manufacturers may be ready with the first wave of electric trucks, they won’t be of much use if they don’t make business sense, fleet executives told TT.

“California is the only state right now where it makes financial sense to move this technology along,” said Bill Bliem, NFI’s senior vice president of fleet services.

That’s a result of its infrastructure construction and incentives that lower the price of the vehicles, he said.

NFI, which ranks No. 19 on TT’s Top 100 list of for-hire carriers, already has 10 Freightliner eCascadias operating in Southern California. It is using them to haul containers on 100-175 mile round trips daily between the sprawling complex that makes up the ports of Long Beach and Los Angeles and distribution centers in the Inland Empire region. It is about to launch a similar program with Volvo Trucks by deploying VNR Electric regional-haul tractors and plans much wider adoption of electric trucks.

But for now, Bliem sees California as an isolated case until there are enough electric trucks in service for purchase costs to come down and the vehicle range increases.

NFI believes electric trucks could make sense for other ports, including Houston and Charleston, S.C. The agencies have funds from the Volkswagen emissions cheating scandal settlement to support zero-emission trucking. But it is harder to tap.

Those programs typically require the scrappage of older diesel tractors, at least from 2009 or 2012 depending on the agency.

“Companies like NFI don’t have anything that old. The oldest truck in our fleet is 2016 so we don’t qualify for any of that funding,” Bliem said. “Any company that can afford to invest in the technology isn’t going to have old trucks.”

Still, NFI is pushing forward with the expectation that electric trucks and eventually autonomous trucks will change the trucking industry.

The freight handler recently purchased 27 Kalmar Ottawa electric yard tractors to use in California. It’s now negotiating with a California self-driving technology company to retrofit the tractors to work autonomously at its facilities in Chino, Ontario and Rancho Cucamonga, Bliem said. NFI hopes to have the project running in early 2021.

UPS also is testing autonomous driving with California technology companies. The shipping giant has a partnership with Mountain View, Calif.-based Waymo to use self-driving Chrysler Pacificas shuttling packages from UPS Store locations in Phoenix to a local UPS sorting facility for processing.

In another test, UPS is working with San Diego-­based TuSimple to transport parcels on routes from Phoenix to Tucson, Ariz., and Phoenix to El Paso, Texas, in Class 8 trucks equipped with autonomous driving technology. The trucks drive themselves, but still have a safety driver in the cab to monitor operations and take control if needed. TuSimple is working on tests that would allow the startup to eventually remove the driver from the cab.

UPS is watching how self-driving technology is developing with the expectation that if successful, it could transform trucking.

“We want to make sure that we are looking forward and that we’re not left behind if that’s the direction that transportation chooses to go,” McDonald said.