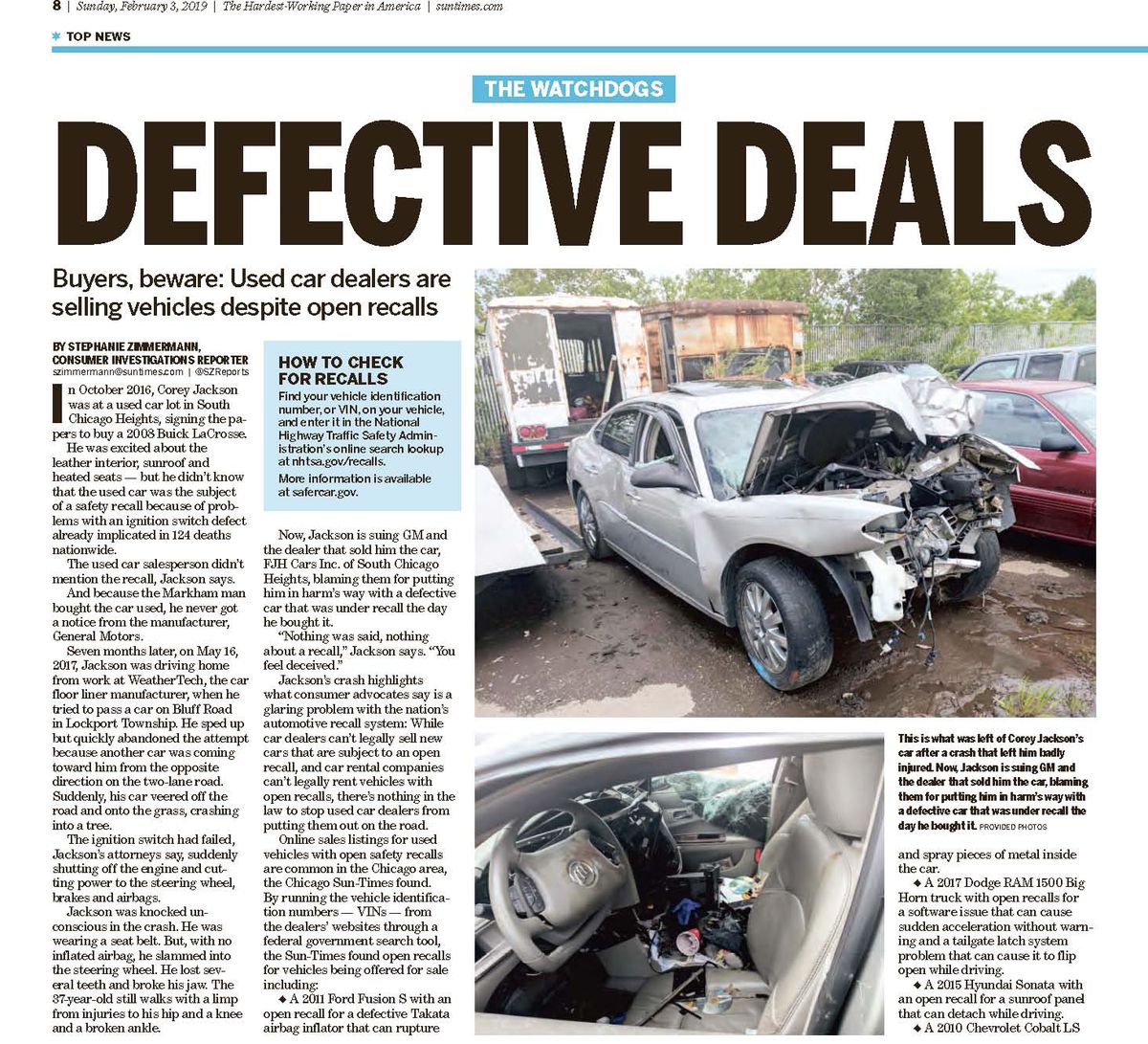 It would be illegal to sell or lease used cars that are the subject of current safety recalls under legislation introduced this week in the U.S. Senate.

The measure aims to address the widespread availability of used cars that have been recalled, sometimes for serious issues like defective airbags or ignition switches.

They and U.S. Rep. Jan Schakowsky, D-Illinois, tried to pass similar legislation in 2017.

It’s easy to find vehicles offered for sale despite having open safety recalls, a Chicago Sun-Times investigation in February found.

Blumenthal called it “a no-brainer measure to protect American consumers and our roads from unsafe cars.”

Markey pointed out that not only are drivers of the recalled cars at risk, but so are pedestrians and people in other vehicles.

“All cars — whether they are brand-new or used — need to be safe before they leave the lot,” Markey said.

Consumer advocates hailed the move. The bill is supported by Consumers for Auto Reliability and Safety, the Center for Auto Safety, Consumer Federation of America and Advocates for Highway and Auto Safety.

But whether the consumer-protection legislation can pass the Republican-controlled Senate is anyone’s guess.

Rosemary Shahan, president of Consumers for Auto Reliability and Safety, said a national law would be better than the patchwork of state laws.

Illinois has a broad consumer fraud act but not a law addressing recalled used cars.

Some consumers have successfully sued car dealers after realizing they were sold a car with an open recall.

But a national law would keep those cars from being sold in the first place, Shahan said.

“Most people don’t even realize that dealers are even doing this,” Shahan said. “They’re not going to some person on the street — they’re going to a licensed dealer, and they’re paying extra for that.”

The National Independent Automobile Dealers Association, an industry group for used-car sellers, opposes any rules that would require dealers to fix recalls before selling a used vehicle. It argues that parts shortages can make it impossible to get a quick fix for certain recalls but advises dealers to check for recalls and disclose that information to would-be buyers.

Since the recall system was created in 1966, the National Highway Traffic Safety Administration has issued safety recalls for more than 390 million vehicles.

Carfax, the vehicle-history tracking service, estimates that more than 57 million vehicles are on the road with open, unaddressed recalls.