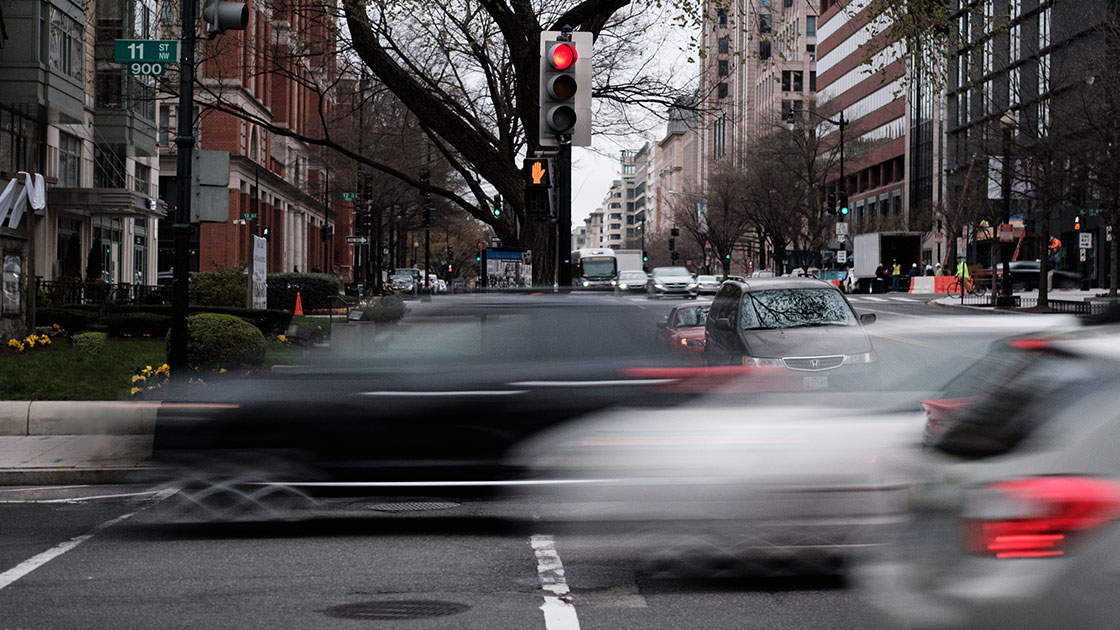 "We developed the guidelines to help communities avoid the problems that have undermined programs in the past," says IIHS President David Harkey. "We know turning off cameras results in more crashes, injuries and deaths, so it's important that camera programs succeed."

More than 800 people died in crashes involving red light running in 2016, an increase of 17 percent since 2012, an IIHS analysis shows. The increase comes as fewer U.S. communities are using red light cameras to enforce the law and reduce crashes.

"Red light cameras can play a role in improving traffic safety for all road users and should be placed where they can benefit a community, like at intersections with high numbers of fatalities," says Jill Ingrassia, AAA's managing director of Government Relations and Traffic Safety Advocacy. "When properly implemented, red light cameras can help save lives and can serve to supplement law enforcement efforts, rather than generate revenue for governments. This new set of guidelines is an excellent starting point in ensuring adequate safeguards are put in place to maintain the public's trust."

Red light running is one of the most common factors in urban crashes. More than half the people killed in red-light-running crashes are pedestrians, bicyclists and people in other vehicles hit by the red light runners.

"Intersections are some of the most dangerous places on our roadways," says Deborah A.P. Hersman, president and CEO of the National Safety Council. "Automated enforcement technology saves lives, and this checklist helps put communities on a road to zero deaths."

As of July 2018, 421 communities had red light camera programs, down from 533 that had a program at any time during 2012. Although new camera programs continue to be added, the total number of camera programs declined because more programs were discontinued than were initiated. Commonly cited reasons for turning off cameras include a reduction in camera citations, difficulty sustaining the financial viability of the program and community opposition.

As the number of programs has declined, deaths in red-light-running crashes increased from 696 in 2012 to 811 in 2016, the most recent year available. Fewer red light camera programs are not the sole reason for the increase. Many factors, especially the economic recovery, are likely playing a significant role. Still, IIHS research in 2016 showed that shuttering camera programs increases fatal crash rates. The study compared trends in annual crash rates in 14 cities that ended camera programs during 2010-14 with trends in crash rates in 29 regionally matched cities that continued their camera programs. The fatal red-light-running crash rate was 30 percent higher in cities that turned off cameras than it would have been if the cameras remained on. The rate of all fatal crashes at signalized intersections was 16 percent higher.

The red light camera checklist includes recommendations for planning, oversight and sustained public engagement. Surveys consistently show that the public supports red light camera enforcement, but support can erode when programs are poorly run, or perceived to be centered on generating revenue rather than on preventing crashes.

First steps include careful assessment of intersections where red light running is a problem. Communities need to ensure that steps are taken to evaluate road design and signal timing. Adequate yellow light phases, for example, have been shown to reduce red light running and crashes.

Public input is essential. The checklist recommends that policymakers organize a community advisory committee made up of stakeholders such as law enforcement, victim advocates, school officials and residents to make suggestions on the development of a program.

Programs that focus on safety and transparency are successful. Including stakeholders in the planning phase, establishing a strong system for data collection and monitoring, and targeting only the violations with the greatest safety consequences are steps that build public confidence.

In the long term, communities need to plan for regular program evaluation based on crash and infraction data. The guide discourages simple before-and-after comparisons of crashes because the numbers can be skewed by factors such as the ups and downs of the economy. Instead, comparisons should be made using proper control intersections that are not subject to the known "spillover effect," whereby crashes are reduced at intersections throughout a community, not just at the camera sites.

The recommendations are based on input from law enforcement and community leaders who attended a red light camera forum organized by IIHS in 2016 and subsequent research on best practices. Recommendations have also been drawn from best practice guidelines published by the National Cooperative Highway Research Program. Using the checklist, communities can confidently launch programs that have the best chance of earning public trust.

As North America's largest motoring and leisure travel organization, AAA provides more than 58 million members with automotive, travel, insurance and financial services through its federation of 36 motor clubs and nearly 1,100 branch offices across North America. Since 1902, the not-for-profit, fully tax-paying AAA has been a leader and advocate for safe mobility.

Advocates for Highway and Auto Safety is an alliance of consumer, medical, public health and safety groups and insurance companies and agents working together to make America's roads safer. Advocates' mission is the adoption of federal and state laws, policies and programs that prevent motor vehicle crashes, save lives, reduce injuries and contain costs.

The National Safety Council is a nonprofit organization whose mission is to eliminate preventable deaths at work, in homes and communities, and on the road through leadership, research, education and advocacy. Founded in 1913 and chartered by Congress, NSC advances this mission by partnering with businesses, government agencies, elected officials and the public in areas where we can make the most impact.