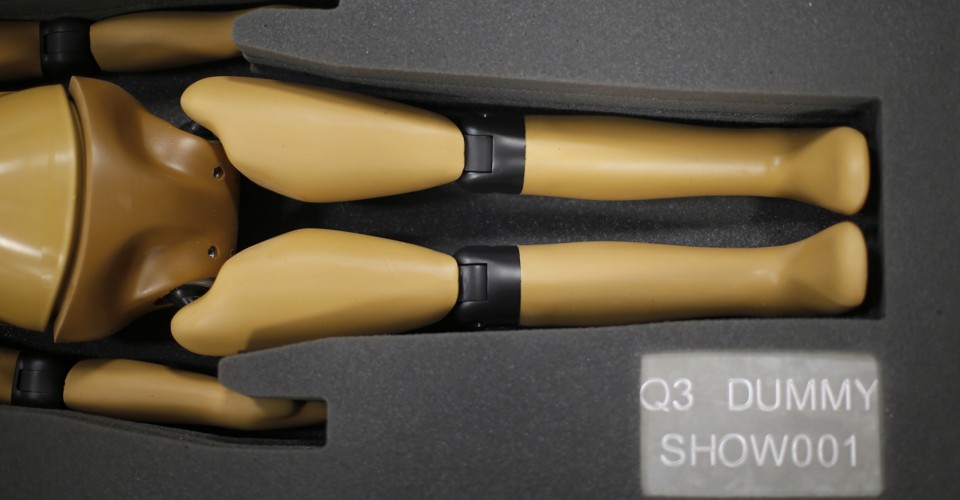 “We obviously know a lot of ways that men and women are different bio-mechanically,” he says, in terms of both body size and shape. Female pelvises, for example, are generally wider and more shallow than males’; and fat is distributed unevenly around each sex’s body, leaving females with more tissue concentrated around the waist and thighs and males with more concentrated around the belly. “These differences … have the potential to change the ways that seatbelts interact with the body and with our underlying skeletal structures,” Forman said. Subtler deviations exist, too, like the fundamental mechanical properties of bones and ligaments and tissues; and hormonal variations that could affect the stiffness of tissues, and their susceptibility to injury. But while the variables have been identified, the work to figure out which ones matter, and how, “just simply has not been done yet,” said Forman. It’s partly because of this lack of information—and lack of dedicated research into the question—that the same safety science that’s been making cars less dangerous for all riders hasn’t been able to shrink the gap between male and female auto safety. “Historically, we have used male-type crash test dummies,” said Becky Mueller, a senior research engineer at the Insurance Institute for Highway Safety (IIHS). “Those dummies, despite being an average male, have done a good job at providing improvements for all different kinds of people.”

Since the early 2000s, “female” crash test dummies have been deployed, but they tend to simulate smaller women, says Forman, with heights of 5 feet and weights of 110 pounds. “There is some logic behind the use of those: it is necessary to evaluate and protect for the extreme ends of the population,” he said. It’s also a big limitation of the model. Mueller says retooling crash-test dummies can’t happen overnight—it takes 20 to 30 years of bio-mechanical research and testing to build and fine-tune each model. Many of the dummies manufacturers are using now are built using 1970s and 1980s data sets, which skewed heavily male. “The creation of new dummies (physically) will be able to advance faster in the future but it will still take 10+ years to collect enough data to relate the dummy’s performance to real world injuries,” she said. “You never want people to get injured, but in order to gain enough info about the real world, we have to sit patiently and wait for real-world data to come in and for real-world specimens to come in.” Cities are changing fast. Keep up with the CityLab Daily newsletter. The best way to follow issues you care about. In the past dozen or so years, technology that allows researchers to conduct safety tests without having to build physical dummies at all has also emerged. Still, a digitally-produced 3-D safety dummy is “only as good as the information it’s built on,” says Forman. “Until we have that fundamental research, we’re not going to have the right sort of info to feed into even the most advanced human body computer mode.”

Besides being a pressing concern for women who get into cars every day, these safety issues are starting to matter a lot more as car manufacturers invest in autonomous vehicles. Partly, this knowledge should influence the new designs rolled out with the new technologies, says Mueller, as the range of what people do in cars expands. If they nap or eat sandwiches or watch T.V. as their car drives for them, the role of seatbelts will inevitably change, too. “Currently, seatbelts are meant to fit over people’s hip bones and across their shoulders in a pretty standardized seating position,” she said. “Drivers” of autonomous vehicles, on the other hand, could be reclining, or turned backward. “We’re going to have to make sure that we’re providing protection for two very different groups of people in terms of different genders.” It’s also a reminder not to shift focus from solving existing problems in vehicles in favor of “the other hot topics of the day,” says Forman. Maybe the car industry should be investing time and research in the seat models that will let drivers sleep—but he hopes they will also dedicate resources to figuring out how to better protect women riders. “If we leave things on the same course, we’re going to be in the same position with autonomous vehicles as we are with regular vehicles now,” he said. “We’re going to end up building autonomous vehicles with females have a 73 percent greater risk of injury, too.”