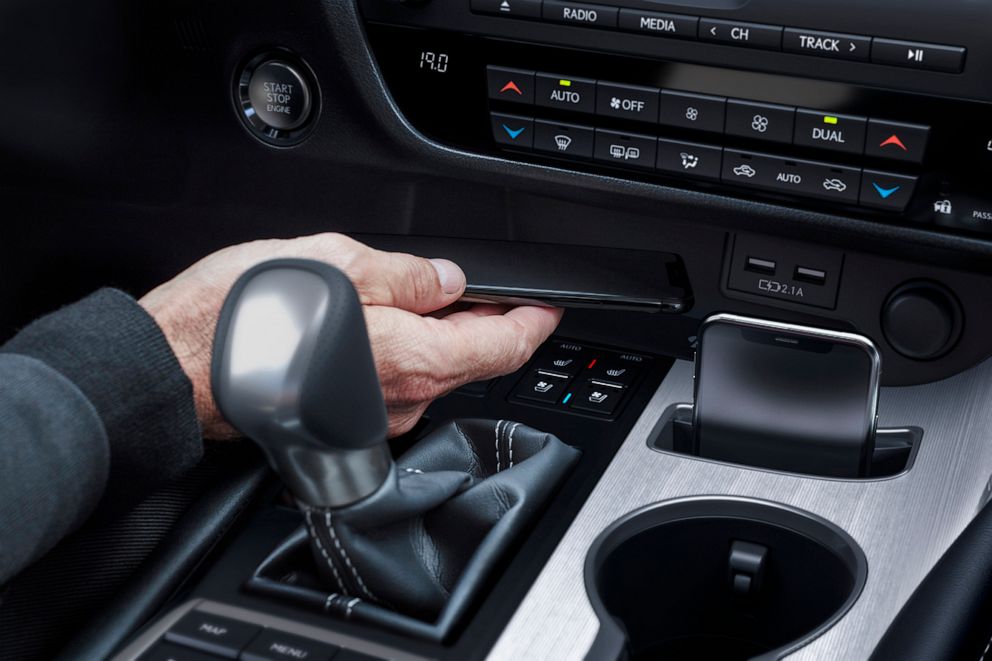 Staying plugged in -- whether at the office, on vacation, or even in your vehicle -- has become the new normal, and carmakers may be helping to fuel Americans’ addiction to their smartphones.

Vehicle voice recognition systems make it easy for drivers to respond to text messages and calls. In some cases, a driver's cellphone can be duplicated on the vehicle's screen, transforming the vehicle into a personal app library. The number of USB charging ports in a vehicle has even become a badge of honor for automakers (the more, the better).

But infotainment centers and voice technology -- developed in part to allow motorists to interact with their phones hands-free -- are now becoming a distraction, some experts say.

Luxury carmaker Lexus not only added Android Auto to its 2020 RX sport-utility vehicle, but the company’s designers also carved out a designated space near the center console to safely store smartphones. Lexus said its 2020 models deliver “technology at the speed of life.”

“People are connected to their device, it’s just our current lifestyle,” he told ABC News. “Whether it’s Apple CarPlay or Android Auto, you’ll have full connectivity inside the RX. The ultimate goal is for you to not have to touch your phone.”

The technology can be efficient, he said: “If I am running late I can drive and talk and carry on a conversation without being stationary at my desk.”

But there are drawbacks, too.

“The reality is that the systems don’t always work,” he noted. “Sometimes it’s easier and quicker to grab the phone.”

Brauer pointed out that cellphone integration can offer a competitive advantage for an automaker when it’s done right. Millennials are more likely to buy a vehicle based on a car’s connectivity, he said.

“Millennials definitely consider things like mobile apps,” he said. “If you’re over the age of 40 it’s not such a big deal.”

Moreover, apps are starting to replace key parts of a vehicle like the key.

A growing number of automakers including Lexus and Lincoln have apps that allow owners to remotely lock the vehicle, start the engine, schedule a maintenance appointment, locate the parked vehicle, check its status and monitor guest drivers. Lexus even has a partnership with Amazon Alexa, allowing drivers to speak to the virtual assistant via the car.

“You can interact with your house as you’re approaching it,” Deschenes said. “Alexa can turn on your house lights or start the car.”

Deschenes conceded that connectivity does have its limits -- for now.

“You can’t play Candy Crush inside the car when driving,” he said. “You cannot respond to an email. Basically what we want to do is try to make a safe connection to your phone in the vehicle.”

Brandon Mason, an automotive analyst at PwC, said the push for connectivity in vehicles started to ramp up two to three years ago.

“We’re connected everywhere," he said. "We want that seamless connected experience -- from the home, to the phone, to the car.”

Being connected behind the wheel, however, could reverse the downward trend in car crash deaths over the last 50 years, according to Jason Levine, executive director at the nonprofit safety advocacy organization Center for Auto Safety.

“The issues surrounding phone connectivity are an excellent example of the auto industry preaching safety but practicing profit-sharing,” he told ABC News. “[Automakers] continue to focus on technology that only increases the use of cellphones in our cars.”

Mason argues there will always be privacy and security concerns with third-party apps in vehicles.

“From a safety standpoint the driver needs to be protected,” he said. “How comfortable are consumers with this technology? What data are they allowing to be shared with third parties?

Cathy Chase, president of Advocates for Highway and Auto Safety, said hands-free technology in vehicles does little to prevent cognitive distraction among drivers.

“People think they can multitask,” she told ABC News. “Voice to text technology makes mistakes. Then you correct it. You’re thinking about a different conversation -- it imperils drivers and passengers.”

According to research from the AAA Foundation for Traffic Safety, mental distractions for drivers can persist for as long as 27 seconds after dialing, changing music or sending a text using voice commands.

Mike Juergens, a writer for the tech site SlashGear, said he pairs his iPhone to his Audi SUV for one reason only: to listen to music.

“Trying to add punctuation or correct a sentence [while using Apple’s Siri] is often more challenging than if I was actually texting,” he told ABC News. “I think it’s more distracting than it is to take out the phone and text back.”

Brauer said cellphone connectivity also underscores one of the benefits of autonomous vehicles.

“It’s a bridge toward what you will be able to do in a self-driving car,” he said.