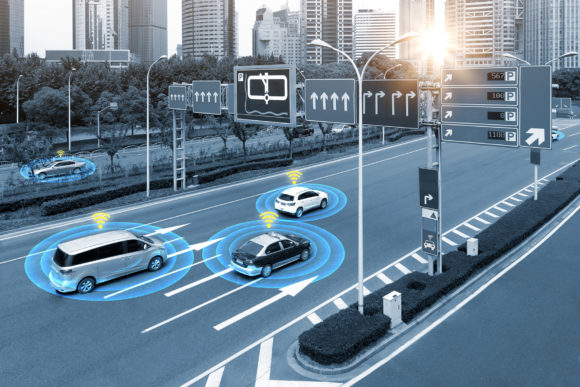 A little-used block of spectrum set aside for auto safety should be split to accommodate the rapidly growing number of wireless devices, the chairman of the U.S. telecoms regulator said on Wednesday, a plan that sets up a clash between two major industries.

A block of the 5.9 GHz spectrum band was reserved in 1999 for automakers to develop technology to allow vehicles to talk to each other, but it has so far gone largely unused.

Federal Communications Commission (FCC) chairman Ajit Pai proposed on Wednesday shifting more than half of that for Wi-Fi use, keeping the remaining spectrum for auto safety communications. The FCC will hold an initial vote on the proposal Dec. 12.

However, the U.S. Transportation Department reiterated Wednesday that the entire spectrum block is critical to future auto safety advances and should not be split. The auto industry has been developing technology to allow vehicles to exchange data about their location, speed and direction to help avoid accidents and to exchange information with infrastructure.

A group representing nearly all major automakers and including advocates for the blind and cyclists on Wednesday urged the FCC not to act until it could complete testing to establish if the spectrum can be shared safely, citing the 36,000 annual U.S. road deaths and more than 2 million injuries.

Prior government studies have suggested the technology, if widely adopted among U.S. vehicles, could prevent 600,000 crashes annually. The group says the technology applications require “dedicated spectrum to make sure they work right every time without signal interference.”

Pai said the FCC had to make more spectrum available for Wi-Fi, which connects everything from “TVs, thermostats, baby monitors, refrigerators, washing machines, toys, and even toilets.”

Previously, the FCC had explored if automakers and Wi-Fi devices should share the same spectrum block. Pai said “further testing would be needed to carry out a complex sharing regime, and more testing would mean this valuable spectrum would likely lie fallow for several years.”

Major cable and content companies have urged the FCC to open the spectrum band to Wi-Fi use. Comcast Corp said Wednesday, “this spectrum is too valuable a national resource to lie fallow any longer.”