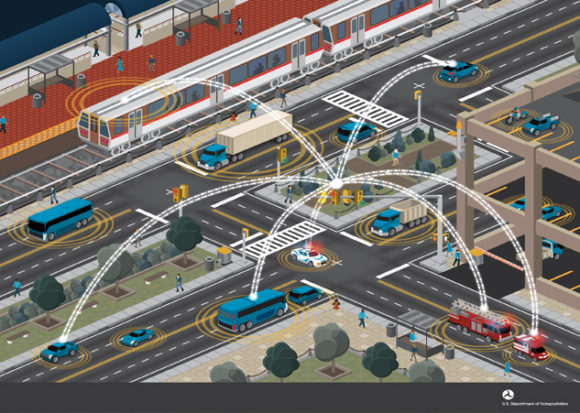 The U.S. telecommunications regulator voted on Thursday to advance a plan to split a key spectrum block set aside for auto safety to accommodate the burgeoning number of wireless devices, but the Transportation Secretary warned that doing so could lead to “thousands more deaths” in traffic accidents.

The Federal Communications Commission voted Thursday 5-0 to advance the plan to split a block of the 5.9 GHz spectrum band that was reserved in 1999 for automakers to develop technology to allow vehicles to talk to each other, but has so far gone largely unused.

FCC Chairman Ajit Pai said the proposal was a “balanced approach” that “maximizes the value of the band for the American people. And it would do far more for both automotive safety and Wi-Fi than the status quo.”

But U.S. Transportation Secretary Elaine Chao warned the FCC decision could result in “thousands more deaths annually on road and millions more injuries than would be the case otherwise.”

Major cable, telecom and content companies back the FCC proposal to open most of the spectrum band to Wi-Fi use.

But nearly all automakers oppose the proposal. Instead, they favor using the spectrum for developing technology to allow vehicles to exchange data about location, speed and direction.

A statement from two auto industry trade groups said the FCC plan “risks lives, slows innovation and runs counter to what the commission has heard from safety and technical experts.”

Such technology is currently offered on just one vehicle: a General Motors Co. Cadillac CTS. Government studies have suggested the technology, if widely adopted among U.S. vehicles, could prevent at least 600,000 crashes annually.

Comcast Corp. said the vote will “ensure the Wi-Fi capacity our customers rely on will continue to match the capabilities of our world-class broadband networks.”

In December 2016, the Transportation Department proposed requiring all future vehicles to use dedicated short range communications (DSRC) to communicate with each other, but the Trump administration has not acted on the proposal.

GM said it was “disappointed” by the FCC vote. It urged the agency to work with the Transportation Department “to preserve adequate spectrum required for these lifesaving technologies to operate without interference and at scale.”

Some automakers including Ford Motor Co. back the plan to shift auto safety spectrum away from DSRC to a newer technology called Cellular Vehicle to Everything (C-V2X) as long as it is established that the Wi-Fi block will not interfere with the safety applications.