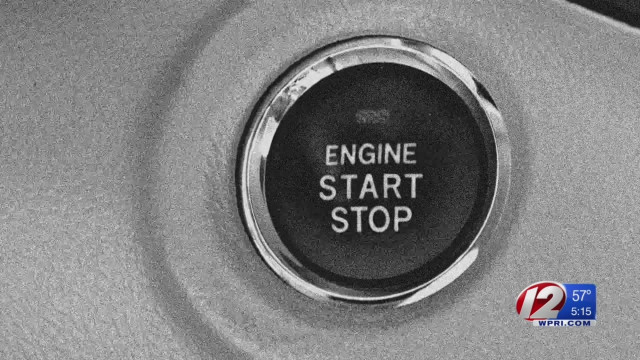 EAST PROVIDENCE, R.I. (WPRI) – Jerry Zitser pulled into his garage, walked into his house with the groceries, and flipped on a baseball game.

“As he was sitting there, poison was seeping in,” Jerry’s daughter, Suzi Zitser, recalled during an interview in her Connecticut home earlier this year.

Zitser accidentally left his keyless car running for hours in an attached garage at his Florida home in 2012. An autopsy showed he died of carbon monoxide poisoning.

Target 12 first shared Zitser’s story in Aprilwhen lawmakers were considering a bill, the Protecting Americans from the Risks of Keyless Ignition Technology Act, or PARK IT Act, aimed at preventing carbon monoxide and rollaway incidents related to keyless ignitions.

It was unsuccessful, so U.S. Sens. Richard Blumenthal (D-CT), Edward J. Markey (D-MA), and Deb Fischer (R-NE), are trying again with a narrower version of the measure.

This time, it’s called the SCOPE Act, short for Stop CO Poisoning Exposures. It would require the National Highway Traffic Safety Administration (NHTSA) to mandate automatic shutoffs after a certain amount of time to help prevent the risk of carbon monoxide poisoning.

“Failure to act will have devastating consequences – a heartbreaking reality too many families have already suffered,” Blumenthal said in a statement.

In 2011, the agency acknowledged safety concerns related to keyless ignitions. There was even proposal for new safety standards. But eight years later, the rules still haven’t changed.

“NHTSA, our automobile safety cop on the beat, must ensure that novel transportation technologies help eradicate the auto safety challenges of the 20th century, not pose additional dangers in the 21st century,” Markey said in a statement.

Kane noted the SCOPE Act has bipartisan support, and said he’s optimistic it will become law.

“This is an important bill,” Kane said. “It’s unfortunate that it requires an act of Congress to get a federal agency to do their job.”

According to Kane, Ford and General Motors have already implemented automatic shutoff technology in many of their new vehicles, but he said other carmakers have not.

“Almost every car has the technology in it. They’ve got sensors. They’ve got timers,” Kane said. “They’ll shut down your infotainment system so the battery won’t die, but they won’t shut the engine off so you won’t die.”

On Wednesday, a spokesperson for the Alliance of Automobile Manufacturers was not able to immediately respond to Target 12’s request for comment, but the organization has previously noted automakers are current with safety standards.

“Our position is that current keyless ignition system designs generally follow the recommended practices of the Society of Automotive Engineers, addressing operating logic, indication of vehicle ignition/control status and the physical control characteristics of keyless ignition systems,” Wade Newton, a spokesperson for the Alliance of Automobile Manufacturers, said in April.

He added, “SAE recommendations also focus on uniform labeling to help provide consumers with a better understanding of how keyless systems function.”

NHTSA said it does not comment on pending legislation.