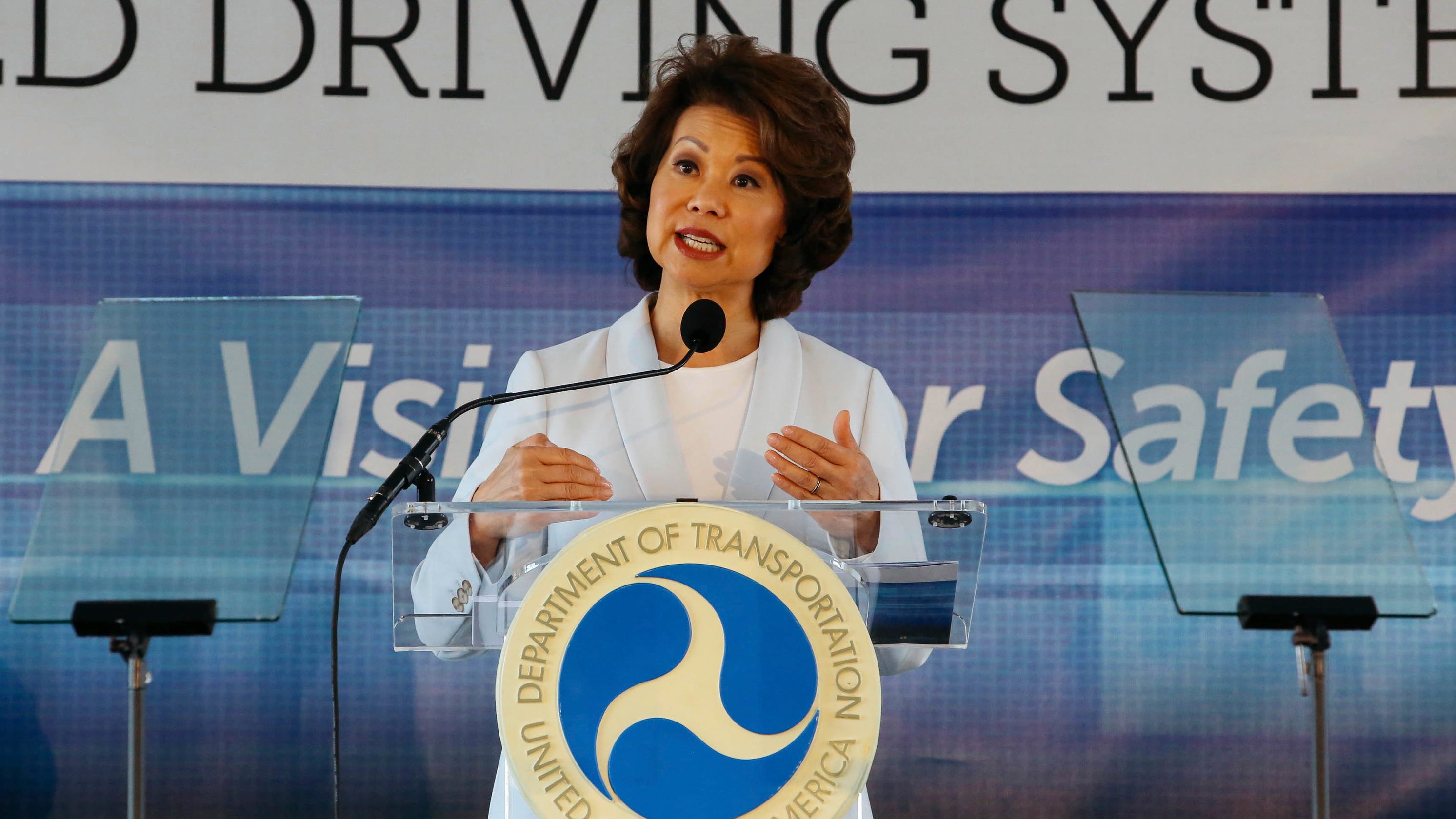 The Trump administration rolled out its third set of guidelines for self-driving vehicles in three years on Wednesday, tripling down on a voluntary approach to autonomous-car regulation that has drawn the ire of safety advocates.

But the new guidelines do not require carmakers to publicly release information about their testing of the vehicles, which safety advocates have said is vital to ensuring proper federal oversight.

The broad guidelines, announced by U.S. Transportation Secretary Elaine Chao at the CES technology convention in Las Vegas, promise to establish principles for development and integration of autonomous vehicles in three areas: safety and security, promoting innovation and ensuring a consistent regulatory approach.

"The takeaway from AV 4.0 is that the federal government is all in — for safer, better and more inclusive transportation, aided by automated driving systems," Chao said in a speech.

"AV 4.0 unifies AV efforts across 38 federal departments, independent agencies, commissions and executive offices of the president," she continued. "It recognizes the value of private sector leadership in AV research, development and integration."

Safety advocates have argued that carmakers will not submit detailed information about how well the cars perform unless they are required to. They cite recent crashes involving drivers putting too much faith in the Autopilot system of Teslas, and a pedestrian killed by an Uber test car.

"By continuing to allow manufacturers to test whatever technology they want, wherever they want, and promoting industry-written voluntary standards while failing to issue mandatory government standards, DOT (Department of Transportation) is making the long-term public acceptance of AV technology less likely," said Jason Levine, executive director of the nonprofit Center for Auto Safety.

"Today, the administration proved that it can publish a directory of all federal agencies that could impact the safe development and deployment of AV technology, and confirmed that it has no intention of instructing any of them to do so," Levine continued.

Levine's criticism has been echoed recently by the National Transportation Safety Board, which has also pressed Trump administration officials to reverse course on their stance that the federal government cannot compel automakers to publicly release self-driving safety assessments.

"We feel that NHTSA (National Highway Traffic Safety Administration) needs to actually require AV manufacturers to submit an safety self-assessment," NTSB Chairman Robert Sumwalt testified in a Senate hearing in November. "NHTSA should then review it and assess it."

The Trump administration has defended the voluntary approach, drawing parallels to the Federal Aviation Administration's approach to airline regulation.