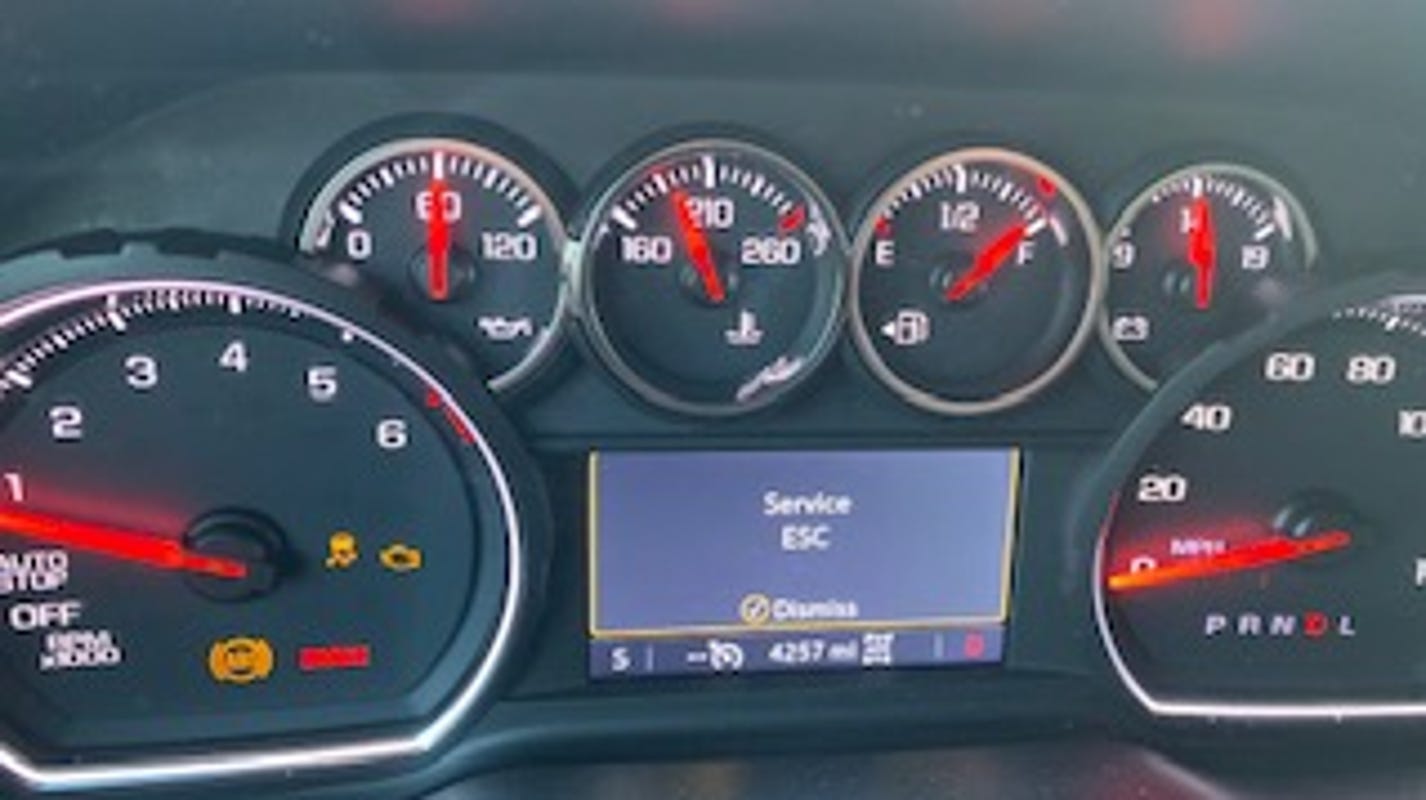 General Motors is contacting about 900 customers who've complained of brake failure in their pickups to come in for an immediate fix.

The automaker also is warning some 160,000 owners of 2019 GMC or Chevrolet light-duty pickups to not drive the vehicles if "Service Brake Assist" or "Service ECS" warnings illuminate on the instrument panel.

That's because the power brakes could fail, requiring hard manual braking or holding the emergency brake to stop the vehicle.

"If you have all these telltales when you start up the vehicle, indicating brake issues, don’t drive your vehicle," said Dan Flores, a GM spokesman. "Call your dealer."

Nearly 1,700 GM pickup owners have complained since mid-December that their power brakes did not work after they had a recall done and then used the OnStar app to start their vehicles. GM said 162,000 owners in total had that initial recall done.

Pickup owners have told the Detroit Free Press they were terrified when the power brakes went out, in some cases saying they narrowly escaped a crash. GM has said it knows of no one injured or worse because of the problem.

GM now has a fix to that recall repair. But some pickup owners say they are angry that GM did not notify them sooner of the potential danger. Safety advocates contacted by the Free Press agreed, saying GM should have used OnStar to notify customers of the risks given GM knew of the brake problem in mid-December.

"What a terrifying defect," said Rosemary Shahan, president of Consumers for Auto Reliability and Safety, a national nonprofit auto safety and consumer advocacy organization. "GM should have warned its customers right away about the hazards."

GM put its customers at risk by not notifying themsooner they could lose brakes and not putting a stop-drive notice on it, said Sean Kane, president of Safety Research and Strategies Inc., a Massachusetts firm that does auto testing for plaintiffs' lawyers and other clients.

"Once they realized it was caused by the OnStar app, disable that feature on the app and communicate it through OnStar," said Kane.

GM's Flores said GM cannot alert customers before it officially notifies the National Highway Traffic Safety Administration and files paperwork with NHTSA about any issue. This latest update was in relation to the existing and pending recall, therefore, GM did not alert customers until it had investigated and resolved the problem, Flores said.

"GM acted promptly to identify, investigate and resolve the issue and took steps to recall the vehicles," said Flores.

“Once you discover that it is the brakes, you do everything you can to notify everyone and that shouldn’t take (CEO) Mary Barra to weigh in," said Levine. "That’s a low-level decision.”

In December, GM issued a recall covering nearly 550,000 Cadillac CT6 sedans and Chevrolet and GMC light-duty pickups in North America, 463,995 of which are in the United States. GM said that a software error can disable the electronic stability control and antilock brake systems, increasing the risk of a crash.

In its December filing with NHTSA, GM said, "If this specific error occurs, the vehicle’s diagnostics will not illuminate the vehicle’s ESC and ABS telltale lamps."

But GM said that recall repair caused the power braking to fail in about 1,700 of the 162,000 vehicles that had the recall work done when the drivers used the OnStar app's remote start. No Cadillac CT6's were affected, Flores said.

In the 1,700 cases, the vehicle's diagnostics should illuminate, warning the driver of a braking issue. That dashboard warning is sufficient to signal to a driver that they should not drive, Flores said.

"The fact that you could potentially start a vehicle and not have brakes is a pretty risky proposition," said Kane. "The fact that they wouldn’t notify owners (sooner) is pretty stunning."

Shahan added that, "GM is relying on the consumers to figure it out. Consumers aren’t mechanics."

Here is the time frame in which GM knew there were problems:

As of Tuesday, about 800 of the 1,700 customers who complained of problems have received the recall's fix, Flores said.

GM's call center and dealers are contacting the other 900 customers who haven’t had the update, to alert them to the recall update repair.

A vendor that GM hired will send recall letters starting Monday to the 550,000 affected owners alerting them to the recall and the update, Flores said.

A NHTSA spokesman declined comment when asked if the agency was satisfied with GM’s timeline to fix the problem and it not warning the 162,000 customers of possible brake problems caused by the recall.

He referred to an earlier statement emailed to the Free Press last month: "NHTSA is aware of consumer complaints regarding the GMC Sierra and is in contact with the manufacturer. The agency is evaluating all available information using its risk-based procedures, and encourages any affected vehicle owner to file a Vehicle Owner’s Questionnaire."

For those who haven't returned to their dealers yet, Flores told the Free Press drivers should not drive the vehicles if any brake warning lights illuminate. He said GM stopped short of alerting all 162,000 customers because the brake problem is "intermittent, so some people might be using their OnStar app and not having any problems; others are having problems."

GM's dealer will provide a loaner vehicle and its cost is covered as part of GM's warranty, said Flores.

Since originally reporting on the problem Jan. 29, the Free Press has received several emails and calls from affected pickup owners reporting multiple instances of electronic braking system failure, in some cases sending them into cross-traffic at intersections and near collisions.

Some said they called GM corporate to complain and were told towing services or loaner cars are something customers must negotiate with the servicing dealer.

More: Traffic safety agency says its critics are wrong about its lack of toughness

Flores said no one has been injured or killed due to the failing brakes. Those who say they experience the problem amount to about 1% of the owners who had the recall work done, he said.

Shahan said 1,700 is a big number especially in a month's time.

The safety experts said GM's ability to find a way to fix the problem happened in a relatively efficient time frame, but the lack of transparency GM had with customers about the risk in the interim remains troubling.

"It's the brakes," said Levine. "There is never an excuse by a manufacturer for mitigating a brake defect, but in this case they could have easily notified every consumer about this problem over the device that caused the problem, OnStar."

Kane said even if GM was not yet certain of the cause, complaints about brakes not functioning is a serious enough issue that a stop-drive notice should have been put in place.

"These are all new vehicles that are equipped with OnStar," said Kane. "So there is an easy way to communicate that to owners besides letters."