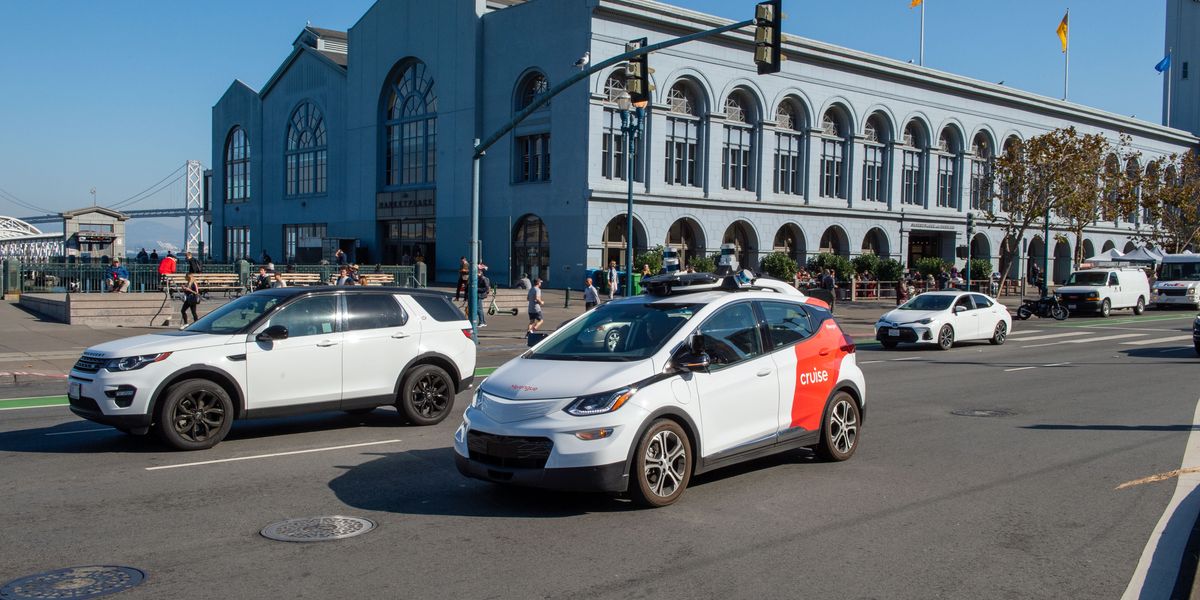 Like it does every year, the California DMV on Wednesday released a report on how often humans have to seize the wheel and take control of self-driving vehicles, also known as disengagements. And like they do every year, some autonomous vehicle companies complained, saying the disengagement numbers from 2019 painted an incomplete picture of their progress.

As questions swirl about self-driving vehicle safety, companies in the industry are extremely sensitive about their image. They fear reports that tell only part of the story — combined with news stories about individual accidents or fatal crashes, or incidents involving Teslas, which don't have self-driving tech — will signal to the public that their technology isn't nearly ready for mass adoption. Underlying their anxiety is the challenge they face not only to improve their systems and operate in a complex world, but build widespread confidence and buy-in, all while fending off competitors.

"We appreciate what the California DMV was trying to do when creating this requirement, but the disengagement metric does not provide relevant insights into the capabilities of the Waymo Driver or distinguish its performance from others in the self-driving space," said Waymo, the Mountain View company spun off from Google, at the start of a seven-part Wednesday tweetstorm.

Waymo's disengagements last year fell to 109, or .076 per 1,000 miles driven. Its autonomous vehicles drove 1.45 million miles on California roads — half of the 2.9 million miles driven by the 60 companies that submitted reports to the DMV. The company pointed out in its tweets that most of its vehicles' real-world driving is done outside California, primarily in Phoenix.

Toyota Research Institute, whose California office is in Los Altos, had the highest number of disengagements: 2,946 in 1,817 miles driven. Other companies with the highest number of disengagements were Mercedes-Benz Research & Development North America, with 2,053 in 14,238 miles driven, and Lyft, with 1,666 in 42,930 miles. Mercedes did not return a request for comment. Lyft said it would have no comment.

Toyota Research Institute, too, doesn't think much of the disengagement stats: "The data in the report is very limited and does not figure in the complexity of the driving environment," spokesperson Rick Bourgoise said. He noted that TRI's drivers are trained to disengage the AV mode any time they foresee an issue, such as a risk to pedestrians, even if the AV system is working just fine. "We are testing more features in more complicated scenarios, which results in more disengagements," he said. "Challenging tests are more valuable to our development process than just accumulating easy miles."

The DMV's reports include dates, who initiated the disengagement, where it occurred (such as street or freeway) and the reasons. Among the reasons cited by companies: potential software, hardware or data-recording issues, error in perception systems or an "erratically, recklessly or aggressively behaving road user."

General Motors' Cruise subsidiary couldn't wait until Wednesday to cry foul. It complained about disengagement reports as far back as last month.

Kyle Vogt, co-founder and chief technology officer of San Francisco-based Cruise, which had 68 disengagements in 831,000-plus miles, wrote in a blog post that disengagement data has "been used by the media and others to compare technology from different AV companies or as a proxy for commercial readiness." He added, "It's woefully inadequate for most uses beyond those of the DMV. The idea that disengagements give a meaningful signal about whether an AV is ready for commercial deployment is a myth."

Jason Levine, executive director of the Washington, D.C.-based Center for Auto Safety, said this is one of the "rare instances" in which the advocacy group agrees with the self-driving industry. "It's not an illegitimate gripe to say this data as it's currently collected and published isn't particularly useful," he said in an interview. But he added, "There's nothing stopping them from going above and beyond to put out more info than required by California."

Raj Rajkumar, a self-driving vehicle expert and professor at Carnegie Mellon University, agreed the reports can be "extremely misleading," saying that "the number of disengagements is very dependent on the context in which the tests are carried out." He said it was "perverse" that "a company and its operators are incentivized to demonstrate 'progress' from year to year by lowering the number of disengagements … over time," which could cause them to be less cautious.

Industry concern over the DMV report is no surprise given continuing questions about what it will take for self-driving cars to be declared ready for mass adoption, and the imperfect measures that may grab the public imagination. On Tuesday, National Transportation Safety Board Chairman Robert Sumwalt loudly reminded anyone who was listening to a public hearing about a fatal 2018 crash in a Tesla that was on Autopilot that such drivers need to realize "they don't have driverless cars." The NTSB placed part of the blame on Tesla's Autopilot technology, which has some driver-assist features but is not fully autonomous.

Levine said data collection by the DMV and others will be key not only to determining federal standards for self-driving vehicles, but also to public perception of the technology. He said companies are touchy about information that's released to the public because, "When all this technology is jumbled together, people will jump to the conclusion that it's all the same. The worst actor is going to be the face of the industry, and that is bad for everybody."