Congress must proceed with caution on driverless cars bill 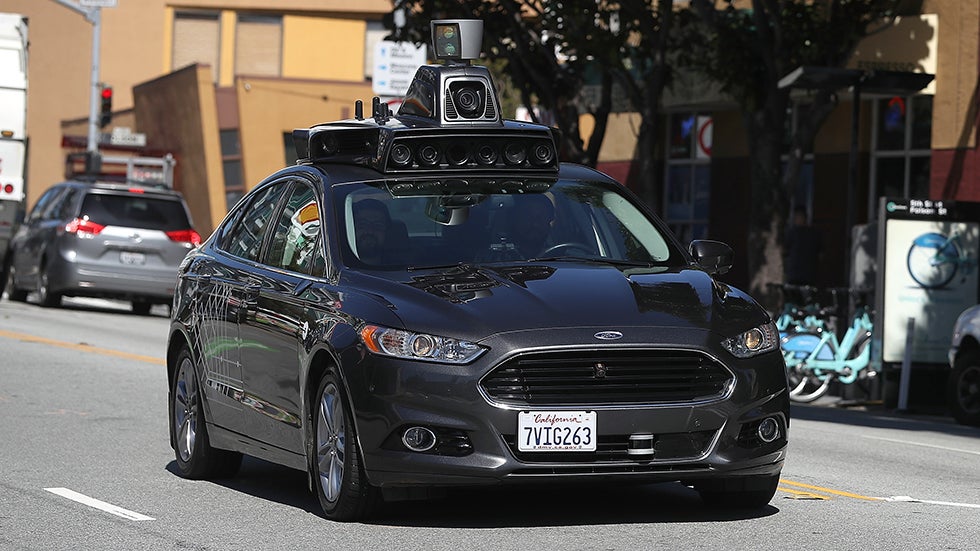 Congress must proceed with caution on driverless cars bill
By Cathy Chase and Missy Cummings, Opinion Contributor — 05/29/20 08:30 AM EDT
The views expressed by contributors are their own and not the view of The Hill


© Getty
The May 20 article, “ Action on driverless cars hits speed bump as Congress focuses on pandemic ,” unfortunately only portrayed the bullish push for autonomous vehicle (AV) legislation. There is a major disconnect between the current state of progress on AVs and the lobbying effort inside the Beltway. And, there is a major leap from some passenger-less, driverless low speed vehicles being used in a limited capacity to the widespread deployment of AVs transporting people throughout the country in complex driving environments. Even senior industry executives admit underestimating how difficult it would be to produce AVs capable of handling the countless scenarios encountered on our roadways. Still, bills in Congress and draft legislative proposals thus far have sought to put the pedal to the metal on full deployment while leaving safety, accessibility, sustainability and equity on the curb.
It is the duty and responsibility of Congress and the U.S. Department of Transportation (DOT) to protect all citizens and roadway users. The way to accomplish this is to have AVs subject to minimum performance requirements and other commonsense safeguards. Numerous fatal crashes have occurred, underscoring how essential it is to address known and foreseeable problems. The potential dangers posed by autonomous driving systems have been laid bare by experts including the nation’s preeminent crash investigators, the National Transportation Safety Board (NTSB). During several fatal crash investigations, including the one in Tempe, Ariz., in which an Uber test vehicle in autonomous mode killed Elaine Herzberg while she was crossing the road , the NTSB identified numerous shortcomings in the programming and design of autonomous driving systems. The NTSB investigations have also found some driving automation systems were incapable of safely responding to common roadway scenarios, including stopped emergency vehicles, lane markings and roadside barriers on highways. Yet, the U.S. DOT’s voluntary guidelines and legislation have not taken heed of the nonpartisan, independent, expert NTSB recommendations.
Similarly, some elected officials have not listened to their constituents. Numerous public opinion polls have demonstrated skepticism about the safety of AVs, including one commissioned by Advocates for Highway and Auto Safety earlier this year in which 85 percent of respondents said they were concerned about sharing the road with driverless cars as a motorist, pedestrian or bicyclist. Notably, 68 percent said their concerns would be allayed if performance requirements were in place. Even a recent industry-sponsored poll showed a majority of people have concerns about AVs that do not have some type of government approval.
ADVERTISEMENT
Some of the reasonable standards that should be established through legislation include: a “vision test” requirement for driverless cars to assure they can “see” and respond appropriately to the operating environment; cybersecurity standards to prevent hacking; collection of crash and performance data; and, adequate consumer information about the vehicle’s limitations and capabilities. Policy must also require AVs expand safe mobility options for everyone as well as mitigate against negative impacts on the environment, infrastructure, congestion and workforce. Eighty stakeholders representing a broad range of interests recently expressed their support for such principles. Yet, not only are some AV proponents hoping to perpetuate a federal hands-off approach, they are also seeking to tie the hands of state and local governments by preempting them from acting.
Further, the argument that the U.S. will lose our competitive edge, often used to justify racing ahead, is highly misleading. In fact, the consulting firm KPMG ranks the U.S. fourth on its “2019 Autonomous Vehicle Readiness Index,” with China ranked 20th overall, despite claims that they are poised to usurp us in this space. This fear-inducing assertion that the U.S. is falling behind in AV development belies the reality that other countries are taking a more calculated, careful and cautious approach.
To be very clear, we have always supported proven safety technology as an effective tool for reducing crashes, fatalities, injuries and associated costs. Automated systems, including those available now like automatic emergency braking (AEB), represent a transformational development in transportation. By advancing bills including S. 2700 / H.R. 4871 , H.R. 6284 , and H.R. 3773 , Congress would be taking a deliberate and thoughtful approach to ensure that these benefits can be realized in the short term. As driverless systems continue to be developed and tested, AV legislation must ensure standards, oversight and accountability. Simply put, any driverless car bill must put public interest over private investment, and fast-tracking a flawed bill will do more harm than good – unnecessarily risking lives along the way.
Cathy Chase is president of Advocates for Highway and Auto Safety. Missy Cummings, Ph.D., is director of the Humans and Autonomy Lab, Pratt School of Engineering, Duke University.