4 Reasons We Have Traffic Safety All Wrong | Salud America 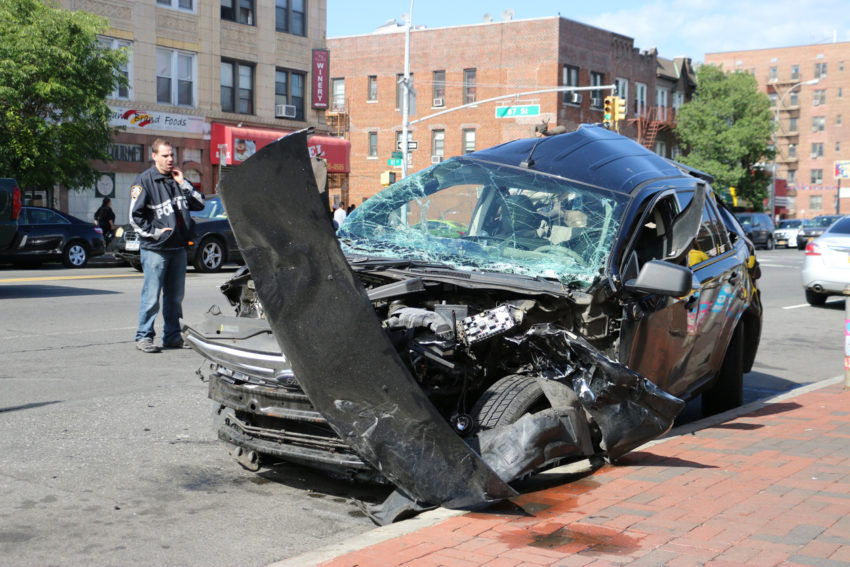 Why? Not enough effort to get vehicles off the road, traffic safety experts say.

Reducing vehicle travel can boost safety. It has many social, environmental, and health benefits, too, especially for Latinos who face many transportation barriers.

Here is a breakdown of each issue, and why we desperately need reform.

It is also associated with higher risk of traffic death.

That’s because, in sprawling developments, arterial roads (thoroughfares) are often designed for high speeds (45 to 55 mph) and high volumes. This makes them hostile to people walking and biking. They also leave residents with no alternative to vehicle travel.

In 2009, Ewing and researchers developed a Conceptual Framework Linking the Built Environment to Traffic Safety:

As metropolitan areas grow, previously underdeveloped rural highways are seeing increases in commercial and resident density, thus volume. However, in urban areas in 2018, 78% of vehicle crash deaths occur on arterial roads, according to the Insurance Institute for Highway Safety.

In a 2016 study, researchers found that sprawling metros and sprawling counties have significantly higher traffic fatality rates than compact counties.

In this study, researchers looked at 994 metropolitan counties in the US and found that sprawl is both directly and indirectly a significant factor for traffic fatalities. The direct effect is likely due to the higher traffic speeds, and the indirect effect is due to greater vehicle miles driven.

Applying “forgiving” roadway design, like wide lanes and low intersection density, is suitable for undeveloped rural areas, but not for metropolitan areas.

“In dense urban areas, less-‘forgiving’ design treatments—such as narrow lanes, traffic-calming measures, and street trees close to the roadway—appear to enhance a roadway’s safety performance when compared to more conventional roadway designs,” according to Ewing.

In fact, during a 10-year period, the cities with multi-modal planning and Smart Growth policies reduced their traffic fatality rates 2.5 times more than in cities with conventional planning and development policies, according to Todd Litman with the Victoria Transport Policy Institute.

Although occupants inside a vehicle might be safer, other roadway users are not.

One of the oldest criteria for setting speed limits is not supported by scientific research, but relies on smart choices by 85% of drivers.

The “85 percentile method” roughly says if 85% of people are driving a certain speed, that should be the speed limit.

For example, if results of a speed survey show that at least 85% of drivers are going 38 mph in a 35 mph zone, the city should raise the speed limit to 40 mph.

Fast forward five years (how long a traffic survey is valid): if at least 85% of drivers are going 43 mph, the speed limit would go up again, to 45 mph.

The “85 percentile method” assumes most drivers will choose reasonable and prudent speeds.

However, drivers tend to underestimate their speed by 10-30% according to University of California Institute of Transportation Studies (UC ITS) researchers.

“These research results indicate that drivers are not good at “naturally” selecting safe speeds and suggests that it is not prudent to use driving habits as a basis for establishing speed limits,” according to the report.

Moreover, this method has not been proven to reduce the frequency or severity of crashes.

The method was developed for rural roads, with little development and low density, but is inappropriately applied to roads in urban areas.

“There is not strong evidence that the 85th percentile speed within a given traffic flow equates to the speed with the lowest crash involvement rate for all road types,” according to a 2017 report from the National Transportation Safety Board. “Alternative approaches and expert systems for setting speed limits are available, which incorporate factors such as crash history and the presence of vulnerable road users such as pedestrians.”

For example, replacing plate glass windshields with safety glass and requiring collapsible steering columns have saved nearly 100,000 lives since 1960. Seatbelts alone have saved over 330,000 lives in that time.

While seat belts have saved roughly 5,500 lives per year, six times that many continue dying in traffic crashes.

Vehicle safety improvements, however, only protect those inside the vehicle and don’t improve safety for other road users.

In fact, due to increased power and size of trucks and SUVs, in recent years, pedestrian crashes have become both deadlier and more frequent.

Between 2009 and 2016, SUVs had the biggest spike in single-vehicle fatal pedestrian crashes, jumping 81% over the eight-year period, according to the Insurance Institute for Highway Safety (IIHS).

“Their high-riding style, flat front ends, and higher total horsepower mean they are likely to strike pedestrians higher on victims’ bodies—at the chest rather than in the legs—and they do so with more force,” wrote Angie Schmitt with Streetsblog USA.

Unfortunately, auto safety regulators have never imposed standards that would impact how carmakers design vehicle bodies for the benefit of pedestrians.

While inadequate vehicle headlights are a concern, lack of street lighting is also a concern.

Between 2009 and 2016, pedestrian deaths increased 56% in the dark compared to 20% in daylight, according to the Insurance Institute for Highway Safety (IIHS).

Although the U.S. has rigorous road and vehicle safety standards, and numerous traffic safety programs, it has the highest per capita traffic death rate among developed countries.

People in the US also drive far more than people in other developed countries; however, states are not punished for setting safety targets to increase deaths and serious injuries.

Moreover, states are not punished for failing to meet their roadway safety goals.

For example, in 2017, only eight states that set targets to improve safety actually achieved their targets.

Meanwhile, 18 states set targets to increase deaths and serious injuries and achieved or exceeded their targets.

To improve safety, states and metropolitan areas should reduce vehicle travel and make roadways safer for all users.

Transportation professionals often emphasize that most crashes result from special risk factors, such as youth, senior, impaired or distracted driving.

Beyond high-risk drivers, everyone is vulnerable to illusory superiority, where they consider themselves better than average.

Distracted walking has even been blamed as risky behavior. However, there haven’t been any peer-reviewed studies suggesting that distract walking is responsible for the growing number of pedestrian deaths and injuries or responsible for disparities in pedestrian deaths among older adults, people of color, and people walking in low-income communities, who are stuck and killed by drivers at higher rates.

Many of these targeted strategies are costly and provide few benefits beyond safety to a fraction of the population.

Efforts to reduce vehicle travel, like smart growth principles, however, have numerous social, environmental, and health benefits for entire populations.

While costs and benefits of safety programs may be considered, additional risk to non-drivers and increased vehicle miles traveled per capita often are not.

Surveys show repeatedly that many people would prefer to drive less and rely on alternative modes more, provided they are convenient, comfortable and affordable.

To improve safety, states and metropolitan areas should reduce vehicle travel and ensure that youths, seniors, drinkers and other vulnerable populations have suitable alternatives to driving.

This requires a shift away from a historical focus on vehicles and vehicle throughput.

Learn more about one transportation performance measure that reinforces a historical focus on vehicle travel.

You can also download a Salud America! Health Equity Report Card to find out average commute times, amounts of households with no vehicle, motor vehicle crash rate, and pedestrian-motor-vehicle crash mortality rates in your area!