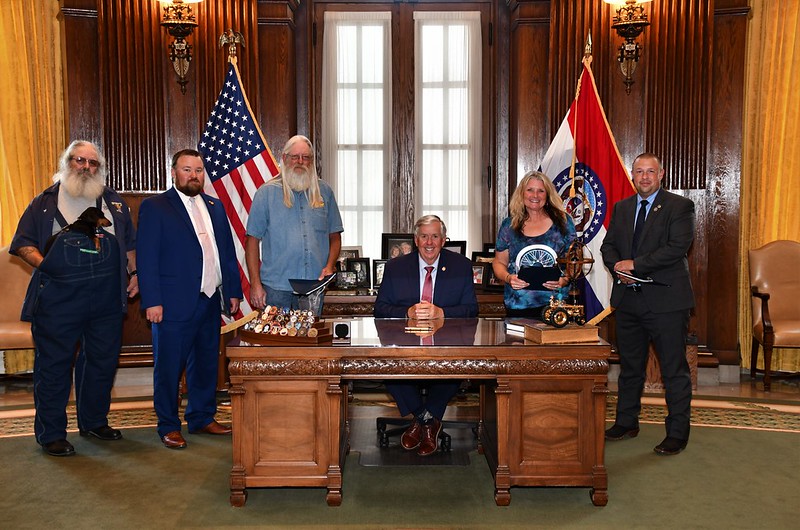 JEFFERSON CITY, Mo. — Gov.Mike Parsonsigned a bill into law that will ease helmet requirements for some motorcyclists.

HB 1963, sponsored by Rep.Travis Fitzwater, allows riders over 26 years of age with proof of health insurance to opt-out of using helmets once the law goes into effect on Aug. 28.

The bill sawoppositionfrom a number of safety groups, including representatives for the National Safety Council and theNational Association of the State Motorcycle Safety Administrators’ Policy and Research committee.

“The repeal of the all-rider helmet law will have ripple effects across the state of Missouri,” representatives for Advocates for Highway and Auto Safety said in a statement. “More riders will choose to leave their helmets at home, resulting in more unhelmeted motorcyclist fatalities and injuries. These preventable tragedies will in turn upend the lives of their families and increase health care costs for all Missourians. We hope this imprudent policy change will be reversed in the future and the state’s universal helmet requirement will be restored.”

The group’s statement also said when Michigan loosened helmet restrictions in 2012, fatalities involving non-helmeted riders quadrupled. The group also said the previous helmet requirements had been a part of Missouri law for 52 years.

The bill saw extensive debate before passing through both chambers on the final day of the legislative session.

HB 1963 was one of nine signed by the governor on Tuesday, concluding the signing of bills from the 2020 legislative session. Other bills signed on Tuesday included one establishing the“Authorized Electronic Monitoring in Long-Term Care Facilities Act” and one expanding the definition of a service animal.

Other bills passed into law this week included oneexpanding protections for rape victimsin Missouri and another making changes to the state’sfoster care system.

Two billswere also vetoed by the governor on Tuesday.