Center for Auto Safety Asks Nissan to Brake Check Itself 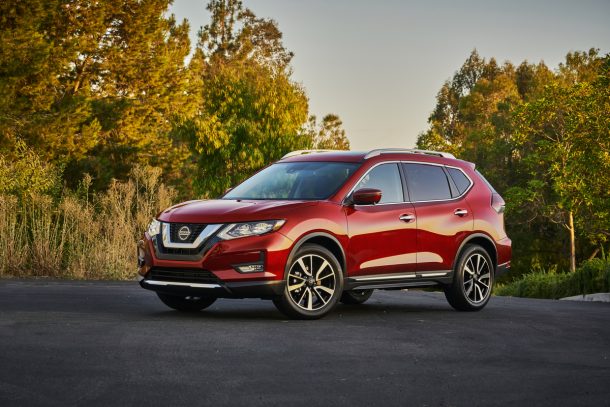 Advanced driving aids have been slighted once again. This time, the Center for Auto Safety is asking Nissan to issue a safety recall on several models it believes have received too many customer complaints about their automatic emergency braking systems.

It also claims the manufacturer is already aware of the situation, after filing an public-information requests that showed Nissan being in possession of more than 1,400 complaints and field reports alleging the systems are activating when they shouldn’t. The company is also on the receiving end of some lawsuits over the matter.

We’d hate to harp on Nissan more than necessary. The manufacturer already has a laundry list of problems it’s hoping to solve, and there’s clear evidence that advanced driving aids are acting goofy across the boardÂ â especially as they become more commonplace. Last week, we reported on another AAA assessment encompassing multiple brands that once again showed just how reliable these electronic nannies aren’t.

However, the Center for Auto Safety is singularly focused on false positives for the braking system. Customers report cars slamming on the brakes at highway speeds with no obstacle posing any immediate danger.

It wants a recall, and soon.

“False braking not only endangers the occupants of the Nissan vehicle but puts all surrounding road users at risk,” Jason Levine, executive director of the safety advocacy group, said on Thursday. “It undermines consumer trust in the long-term safety benefits of such technology.”

According to Automotive News, the Center for Auto Safety requested the National Highway Traffic Safety Administration (NHTSA) investigate the situation based off 87 customer complaints issued prior to March of 2019. The NHTSA agreed and the number of complaints skyrocketed, encouraging the safety group to renew suggestions that a recall is in order.

In written complaints contained within the federal agency’s database, motorists describe instances of abrupt braking at highway speeds. Specific types of infrastructure also appeared to be triggers for problems â bridges, railroad tracks and parking garages, for example. Some consumers reported multiple instances of the phantom braking. This June, Nissan submitted documents to NHTSA that acknowledged 1,233 consumer complaints related to the problem, which came from owners of the Rogue, Rogue Sport and Sentra sedan. Nissan said it knew of at least 30 allegations of “minor collisions” stemming from automatic emergency braking incidents, and 10 reports alleging “minor injuries.” Between consumer complaints and field reports, Nissan listed 1,460 unique VIN records related to allegations of the braking problems. Those come from Rogue and Rogue Sport vehicles produced in the 2017 to 2020 model years, and Sentras made in the 2018 and 2019 model years. To date, the automaker has issued technical service bulletins and a service campaign that address the problem and says customers can take their vehicles to dealerships for software updates.

Nissan has been adamant that it’s working with the NHTSA to address the issue and is committed to product safety, but the Center for Auto Safety doesn’t believe enough has been done since 2019. It wants to see the units recalled.

“Service campaigns are a weak shadow of safety recalls,” said Levine. “They do not require the same notification of consumers, are not easily searchable by new owners of used vehicles and require no long-term reporting by the manufacturer to ensure successful repair rates.”