Statement in Opposition to the SELF DRIVE Act 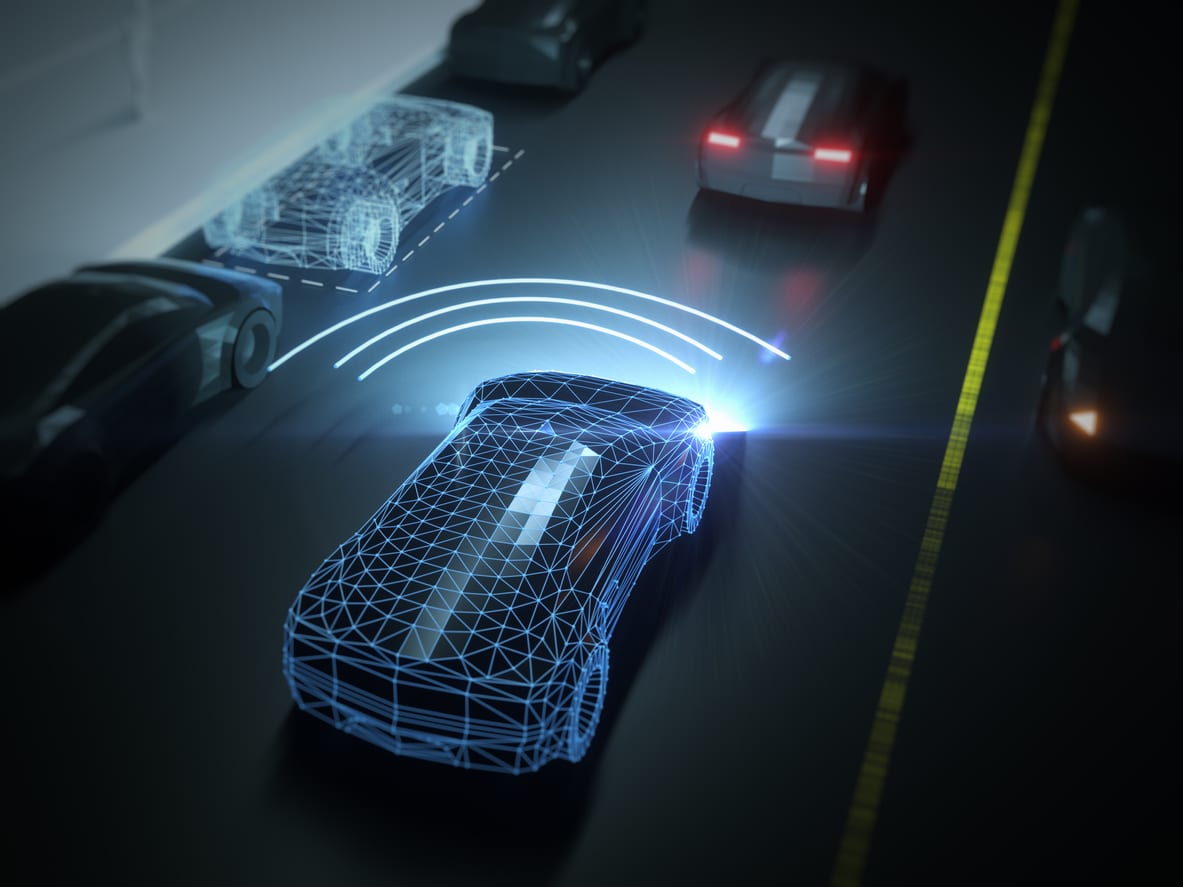 Today, Rep. Bob Latta (R-OH) re-introduced the Safely Ensuring Lives Future Deployment and Research In Vehicle Evolution (SELF DRIVE) Act, legislation on driverless cars, or autonomous vehicles (AVs), that would perpetuate a dangerous hands-off approach to hands-free driving, while also restricting states’ abilities to protect their road users from this unproven technology.  Since the SELF DRIVE Act was considered in the last Congress (H.R. 3388, 115 Congress), a number of serious and fatal crashes and investigations and recommendations by the National Transportation Safety Board have made it increasingly clear that vehicles with autonomous capabilities and AVs are not yet ready for primetime.  Even still, proponents in Congress often set aside these facts in favor of misleading claims and baseless assumptions as the rationale for pushing defective and deficient AV legislation.  The organizations below representing safety, consumers, bicyclists, the smart growth movement, and workers stand in firm opposition to this premise and legislation.

Cathy Chase, President, Advocates for Highway and Auto Safety: “Each day, nearly 100 people are killed and thousands more are injured on our Nation’s roads in motor vehicle crashes, on average.  The annual cost of these crashes to society is $836 billion.  Proven, innovative technological solutions are a powerful tool to reduce this preventable toll on the lives and wallets of Americans.  This is why Advocates for Highway and Auto Safety and others have been ready, willing, and able to work with Congress to develop and support legislation that facilitates the safe deployment of AV technology by ensuring critical and commonsense protections for all road users.  This approach also has the strong support of the public who has clearly and consistently said that they want minimum safety standards for AVs.  The first federal AV bill enacted will be landmark legislation likely to set policy for decades to come.  The SELF DRIVE Act is selfish for AV manufacturers rather than self-aware for safety, accessibility, jobs and job functions, equity and sustainability.”

Joan Claybrook, Former Administrator, National Highway Traffic Safety Administration: “Proponents of the SELF DRIVE Act have been perpetuating myths about threats to U.S. competitiveness by China and other countries as a reason to rush this legislation, which allows for the widespread sale of driverless cars without needed safeguards.  However, a recent report ranks the U.S. fourth in the world for AV readiness, whereas China ranks 20th.  Instead, we should be concerned about the U.S. significantly falling behind on establishing minimum standards to ensure that AVs will not jeopardize public safety.  AVs are a long way down the road by numerous accounts including those of car manufacturer executives.  In the short term, Congress should focus on getting the latest proven safety features, meeting a minimum level of performance, into all new cars.  I commend the leaders in the U.S. House of Representatives, including Energy and Commerce Committee Chairman Frank Pallone, Jr. (D-NJ) and Consumer Protection and Commerce Subcommittee Chair Jan Schakowsky (D-IL), for including this requirement in the Moving Forward Act (H.R. 2) which was passed by the House on July 1, 2020.”

Jack Gillis, Executive Director, Consumer Federation of America: “Over the years, the misguided support and praise for the SELF DRIVE Act have driven it right into the ground, which is exactly where it should stay.  Since its introduction in 2017, pedestrian Elaine Herzberg was killed, numerous fatal crashes with cars with autonomous capabilities have occurred, and the National Transportation Safety Board (NTSB) has issued recommendations.  Congress should take heed to what has been playing out in real time on our roadways and advance legislation that ensures the safe introduction of autonomous vehicles (AVs).  For AVs to reach their full potential as a lifesaving addition to America’s highways, there must be thoughtful and effective regulatory oversight to adequately protect consumers.  This bill fails to do to that on a number of fronts.”

Sally Greenberg, Executive Director, National Consumers League: “The National Consumers League opposes legislation introduced this week – the Safely Ensuring Lives Future Deployment and Research In Vehicle Evolution (SELF DRIVE) Act that will give automakers free rein to deploy autonomous vehicles and would, at the same time, deprive states of the ability to keep their citizens safe and regulate these vehicles on their own highways and roadways. That is a dangerous combination, given the poor safety profile these vehicles have already shown. Sadly, the auto industry does not have a culture of safety and this legislation would open the door to deploying unsafe vehicles on our roads. That’s a recipe for disaster.”

Jason Levine, Executive Director, Center for Auto Safety: “The cynical reintroduction of the SELF DRIVE Act shows that certain members of Congress continue to be on autopilot when it comes to autonomous vehicle technology.  As a reminder, this bill contains no regulatory or testing requirements to improve public confidence in the long-term safety of driverless vehicles. Instead, the SELF DRIVE Act protects auto manufacturers and technology companies from legal responsibility when their unregulated products put consumers at risk.  At the exact moment when cities across America are seeing unacceptable increases in pedestrian death rates from cars, the SELF DRIVE Act prohibits cities from protecting their residents despite no federal safety requirements to fill in the void.  It is this sort of waste of time, as opposed to providing real solutions for the scourge of vehicle safety deaths and injuries on our roads every day, that has led to a public loss of confidence that the federal government is interested or capable of improving the safety of all drivers, passengers, and pedestrians.”

Bill Nesper, Executive Director, League of American Bicyclists: “The SELF DRIVE Act does not put safety first.  Any bill that does not require self-driving cars to prove they can detect and respond to pedestrians, bicyclists and wheelchair users – of all races and ethnicities – will make our streets more dangerous for vulnerable road users.”

Beth Osborne, Director, Transportation for America: “Due to the pandemic and economic recession, our transit systems are in need of immediate relief so that people can get to essential services and essential workers can get to their jobs.  The rate of people dying on our roadways is up 20% while driving is down 17%.  This needs our attention before we worry about providing legal protections to companies testing automated vehicles.  Under the SELF DRIVE Act, cities and towns will have no ability to limit dangerous AV testing on their streets, putting people walking and biking at great risk.  Congress needs to dismiss this bill immediately.”

John Samuelsen, International President, Transport Workers Union: “The SELF-DRIVE Act ignores safety, security, and jobs issues and instead offers up a sop to AV technology companies seeking to profit at the public’s expense.  This bill would abandon our government’s responsibility to require that the next generation of vehicles do not pose a risk to drivers, cyclists, pedestrians, and workers.  The Transport Workers Union strongly opposes this bill and calls on Congress to provide real oversight for the AV industry rather than selling our country out to Big Tech.”

Rosemary Shahan, President, Consumers for Auto Reliability and Safety: “This anti-consumer, anti-safety attack on the health and well-being of the American public threatens precious lives.  It would treat everyone who shares the roads like guinea pigs in an unregulated experiment.  It doesn’t even require AVs to pass a basic driver’s test.  Instead of attacking auto safety, Congress should work to protect the public from the tens of millions of dangerous recalled vehicles that are already on the roads today, including closing the loophole in federal law that unscrupulous car dealers are exploiting to sell hazardous recalled used vehicles with defects like catching on fire, bad brakes, loss of steering, sticking accelerator pedals, and ticking time-bomb Takata airbags that continue to maim and kill people.”