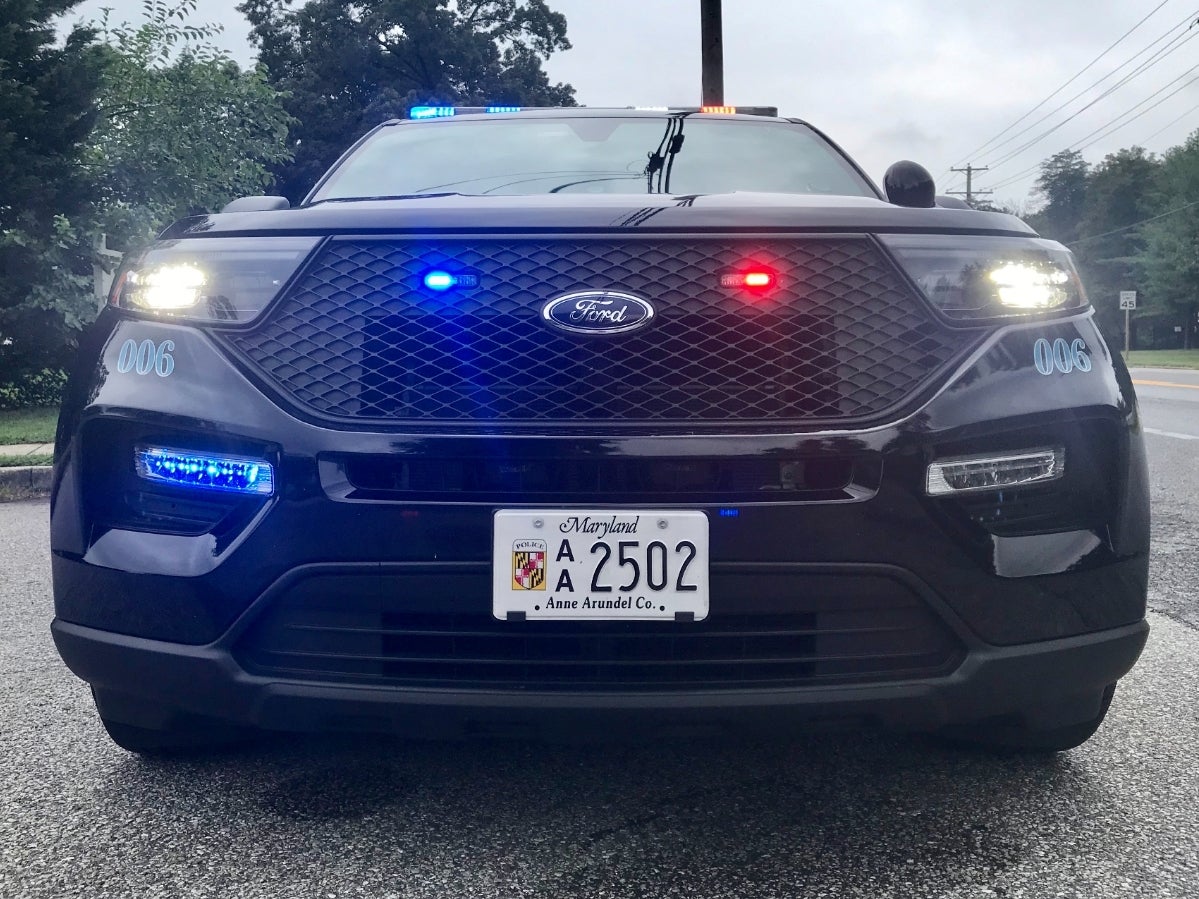 ANNAPOLIS, MD — Police said they caught a driver going 100 mph in a 55 mph zone in Hanover last month. The officer, who was on a drunk driving detail, added that the motorist seemed impaired.

Police searched the vehicle and found marijuana and a gun, a report added. Three arrests and $1,200 in fines later, Marylanders learned the consequences of reckless driving

Was it an isolated incident? Hardly. In fact, it's just one example on a long list of documented instances illustrating how dramatically driver behavior has shifted since the coronavirus was declared a public health emergency in March.

In April, a police officer who tested positive for the coronavirus and was supposed to be in self-quarantine was pulled over in Atlanta by a state trooper who clocked him driving 130 mph in a 65 mph zone.

The same month, an off-duty New York City police officer was killed when a driver accused of drag racing on the Cross Island Parkway in Queens struck the back of his Harley-Davidson motorcycle.

Eight months into the coronavirus pandemic, a video surfaced on social media that appeared to show a driver hitting a mindblowing 213 mph while racing his Lamborghini down an Indiana highway.

It's possible you've witnessed similar behavior — commuters taking full advantage of emptied carpool lanes, others treating suburban interstates like their own personal Autobahn — since millions of American workers abandoned their offices to work from home amid the pandemic.

And we all know that when it comes to driving, every state has its fair share of crazy drivers.

But has the pandemic brought out the worst of them?

The short answer is yes, though why remains unclear, according to Cathy Chase, president of Advocates for Highway and Auto Safety.

"Perhaps some people always wanted the experience of driving too fast on a near-open highway. Maybe some are more stressed or willing to take on additional risk because of the pandemic and its numerous repercussions," Chase told Patch. "And, drivers are also aware that law enforcement efforts have been reduced and are (likely) 'taking advantage' of the situation."

In the early months of the pandemic, traffic plummeted in Maryland. By early April, traffic fell to half its 2019 level.

Meanwhile, traffic nationwide dropped by 41 percent compared with pre-pandemic volumes, according to a report by The Washington Post citing transportation data firm Inrix.

For example, Los Angeles and New York City highways saw a 60 percent drop in traffic, while Washington, D.C., saw a decrease of 68 percent.

Despite the decline, an increasing number of U.S. drivers are making dangerous, risky decisions on the road.

Since the onset of the pandemic, distracted driving rates have increased across the United States, according to data from Zendrive.

Also, a National Highway Traffic Safety Administration study conducted at five hospital trauma centers between March and July 2020 found that nearly 65 percent of seriously or fatally injured road users tested positive for at least one active drug, including alcohol, cannabis or opioids. The number marked a dramatic increase from the previous six months when the number of drivers testing positive was just under 51 percent.

The NHTSA followed up on the study at the start of 2021, reporting that from July to September 2020, the percentage of drivers who tested positive for at least one active drug fell to a still-high 61.6.

The spike could be attributed to the growing number of adults turning to drugs and alcohol during the pandemic.

Early in the pandemic, research by Nielsen showed that alcohol sales in stores shot up 54 percent in late March compared with the same time in 2019, while online sales increased nearly 500 percent in late April.

According to a Morning Consult poll of 2,200 U.S. adults in early April, 16 percent of all adults said they were drinking more during the pandemic, with higher rates among younger adults.

"Stress, anxiety and depression are serious mental health concerns during the pandemic, and some are turning to alcohol, drugs and opioids to manage their emotions and then getting behind the wheel," Linda Hill, professor of family medicine at University of California San Diego, said in a statement. "Our behavior profoundly influences our crash risk."

But of all bad traffic behaviors, excessive speed was the preferred choice among the worst pandemic drivers. In some of the most congested areas of the country, average speeds increased by as much as 250 percent, the Post reported.

By late spring, police agencies from New York City to Los Angeles had reported writing more speeding tickets, according to the Post report. Troopers in Minnesota, Maryland, Virginia and California, among others, had clocked drivers topping speeds of 130 mph.

According to Chase with the Advocates for Highway and Auto Safety, "soon after stay-at-home orders began in 2020, reports emerged of drivers turning emptier roadways into risky racetracks," she told Patch.

Maryland's 2020 crash data are not yet published. The Maryland Department of Transportation said it is still calculating the final results.

Meanwhile, crash statistics from local transportation departments and the National Highway Traffic Safety Administration have only substantiated the trend on a national scale. Other statistics show that U.S. roads have also become more deadly.

The biggest jump in traffic deaths occurred over the summer months. When compared to the previous year, traffic fatalities spiked 13.1 percent during July, August and September 2020.

The causes were mainly speeding, distracted and impaired driving, along with a reduction in seatbelt use, Chase said.

"Unfortunately, these patterns only compound challenges created by COVID-19, including overly crowded emergency rooms and hospitals," she added.

The report noted how police in Colorado, Indiana, Nebraska and Utah had clocked motorists driving at speeds of more than 100 mph. State police in Florida and Iowa had reported drivers going 20 to 40 miles over the posted speed limit. In New York City, despite far fewer vehicles on the road, the city's automated speed cameras issued 24,765 speeding tickets citywide on March 27, nearly double the 12,672 tickets issued daily a month earlier.

The report also said that in Minnesota and Massachusetts, crashes and fatalities more than doubled during the first three months of the pandemic compared to the same time period in 2019. Many of those deaths were due to speeding, the report said.

A few states did report fewer crashes and serious injuries or fatalities. Among the states was California, where analysis of highway patrol data found declines of 50 percent.

So, what gives? Why are drivers seeking out opportunities to drive recklessly?

Jonathan Adkins, executive director of the Governors Highway Safety Association, told The Washington Post that speeders may believe police are not prioritizing traffic stops during the pandemic. Others, he told the Post, may be aware that some police departments are operating with limited staff and resources because of the coronavirus.

"People are doing it because they think they can get away with it," Adkins told the Post.

The good news, according to Chase, is these dangerous trends can be reversed.

Currently, only eight states and the District of Columbia receive a green rating from the Advocates for Highway and Auto Safety, meaning those states have adopted the most lifesaving traffic laws. Thirty states, including Maryland, have a yellow rating, indicating improvement is needed; 12 states earned a red rating, meaning they are "dangerously" behind in adopting optimal traffic laws.

In a new report released in January, Advocates for Highway and Auto Safety laid out a road map for state lawmakers to address the issues on Maryland roads as well as others across the United States.

Locally, the group suggested that Maryland should make these changes:

Like what you're reading? Invite a friend to subscribe to free Annapolis newsletters and real-time email alerts.

Have a story idea? Please contact me at jacob.baumgart@patch.com with any pitches, tips or questions. Follow me on Twitter @JacobBaumgart and on Facebook @JacobBaumgartJournalistto stay up-to-date with the latest Anne Arundel County and Prince George's County news.