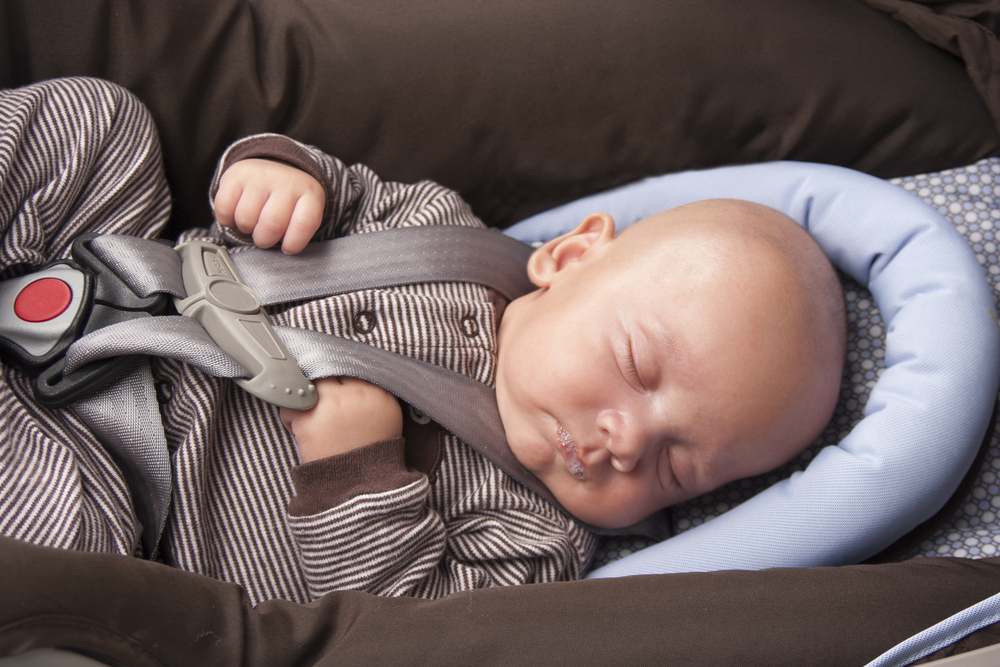 More than 1,000 children have died from heatstroke in hot cars since 1990 and at least another 7,300 survived with varying types and severities of injuries, according to data collected by Kids and Car Safety.

“No one thinks a hot car tragedy can happen to them or their family and that is why we need effective technology as standard equipment in all vehicles as quickly as possible,” stated Janette Fennell, founder and president of Kids and Car Safety, the leading national nonprofit child safety organization working solely to prevent injuries and deaths of children in and around motor vehicles. “Every day that we delay in advancing these cost-effective detection technologies means children are at risk of needlessly dying,” she continued.

In November 2021, IIJA was passed by Congress and signed into law by President Biden.  It includes a provision that addresses hot car tragedies by requiring an ‘audio and visual reminder alert to check the back seat’ in new passenger vehicles. Unfortunately, the provision does not specify the requirement for the system to detect a child alone in a vehicle. Without detection, a system will be inadequate. A reminder alert alone falls short of what is needed to prevent hot car deaths and injuries and creates a false sense of security for families.

The differences between simple rear seat reminder systems and effective occupant detection systems could quite literally mean the difference between life and death. It is now up to U.S. DOT and the National Highway Traffic Safety Administration (NHTSA) to exceed what is required in the IIJA, so that the safety technology standard will address hot car tragedies in a comprehensive manner which must include occupant detection.

Occupant detection and alert technology costing less than $50 is currently available and provides comprehensive and compelling solutions to end these senseless tragedies.

Cathy Chase, President, Advocates for Highway and Auto Safety stated, “While auto manufacturers have spent billions of dollars in the race to develop and produce autonomous vehicles (AVs), a technology with unproven safety benefits, the industry, with limited exceptions, has not put a relatively simple, inexpensive, and already available technology into new cars to prevent children from dying or suffering long-term, devastating injuries from being trapped in hot cars.”

“A technological solution is essential because, in the majority of cases, children are left unknowingly by caring and devoted parents or caregivers” said, Dr. David Diamond, a professor in the Cognitive, Neural, and Social Division of the Department of Psychology at the University of South Florida and an expert on neuroscience. Dr. Diamond continues, “It is important to stress that these parents do not have a reckless disregard for the care of their children. Rather, common factors like a change in routine, lack of sleep, or even simple distractions can all have an effect on even the most responsible parents. From a brain science perspective, parents can, through no fault of their own, lose awareness of the presence of a child in the car. That is why it is imperative that there be a system to detect the presence of a child in a vehicle. This is a modern phenomenon which requires a modern solution.”

Unfortunately, there has already been a confirmed death in a vehicle with the inadequate rear seat reminder technology.  Last year, Thomas Cestia, of New Iberia, LA died in a 2020 GMC Sierra 4-door pickup truck that had a rear seat reminder system. Thomas’ Dad, Tyler Cestia, stated, “I drove my truck 3 times that day and never once heard an alert to remind me that my son was in the back seat. I later learned that this system does detect children, it senses the opening of a rear door only. There are literally no words that can even begin to describe the heartache that myself and my family feel every single day. Automakers have a choice. They can choose to add more effective systems to their vehicles today. They exist and they are cost-effective. What are we waiting for?”

Dikeisha Whitlock-Pryer, mother of RJ, from Houston, TX, who died in a hot daycare vehicle shared her painful story. She said, “If RJ’s daycare vehicle had occupant detection, I would be celebrating his 7 birthday with him right now. Children do NOT have to die in hot cars. Occupant detection technology exists that can stop this. Today, I am asking Secretary Buttigieg – from one loving parent to another – to join us in eliminating these preventable deaths by moving forward the hot car rule-making as quickly as possible.”

Members of Congress who are committed to preventing hot car deaths joined in the event today.

Senator Richard Blumenthal (CT) said, “Cars can become death traps in a matter of minutes. Partial adoption of the HOT CARS Act in the bipartisan infrastructure law was a great first step, but these provisions must be enforced and implemented. We also need improved detection technology, not just alerts. Just as they did with seatbelts and airbags, manufacturers must do more to make cars safer for our children. The heart wrenching stories of parents scarred by tragic injuries or deaths of their children in hot cars must compel Congress and auto manufacturers to action”

“Since 1990, more than 1000 children have died after being left in a car. There are far too many ways for parents to lose a child that we can’t control such as illness and accidents. We have a duty to do everything we can do to ensure that parents don’t lose a child when we can prevent it. We know that the technology exists to alert a driver when a child or even a pet are left in their car. You get a warning when you leave your keys in the ignition. You should get a warning when a child is left in the backseat. I am proud that my legislation to require auto makers to include this safety feature in all new vehicles was signed into law as part of the Infrastructure Investment and Jobs Act.,” said Congresswoman Jan Schakowsky, Chair of the Consumer Protection and Commerce Subcommittee in the U.S. House of Representative. “Now, we are urging the U.S. Department of Transportation and the National Highway Traffic and Safety Administration (NHTSA) to swiftly do the rulemaking for this law. The faster they do, the sooner all our vehicles will be safer for our families.”

While Kids and Car Safety continues to push for technology in all vehicles to end hot car deaths, the organization is also committed to educating families and helping them learn how they can safeguard their children until they have life-saving technology as standard equipment in their vehicles. Funded by State Farm Insurance, the organization released three new PSAs aimed at educating the public about these predictable and preventable tragedies.