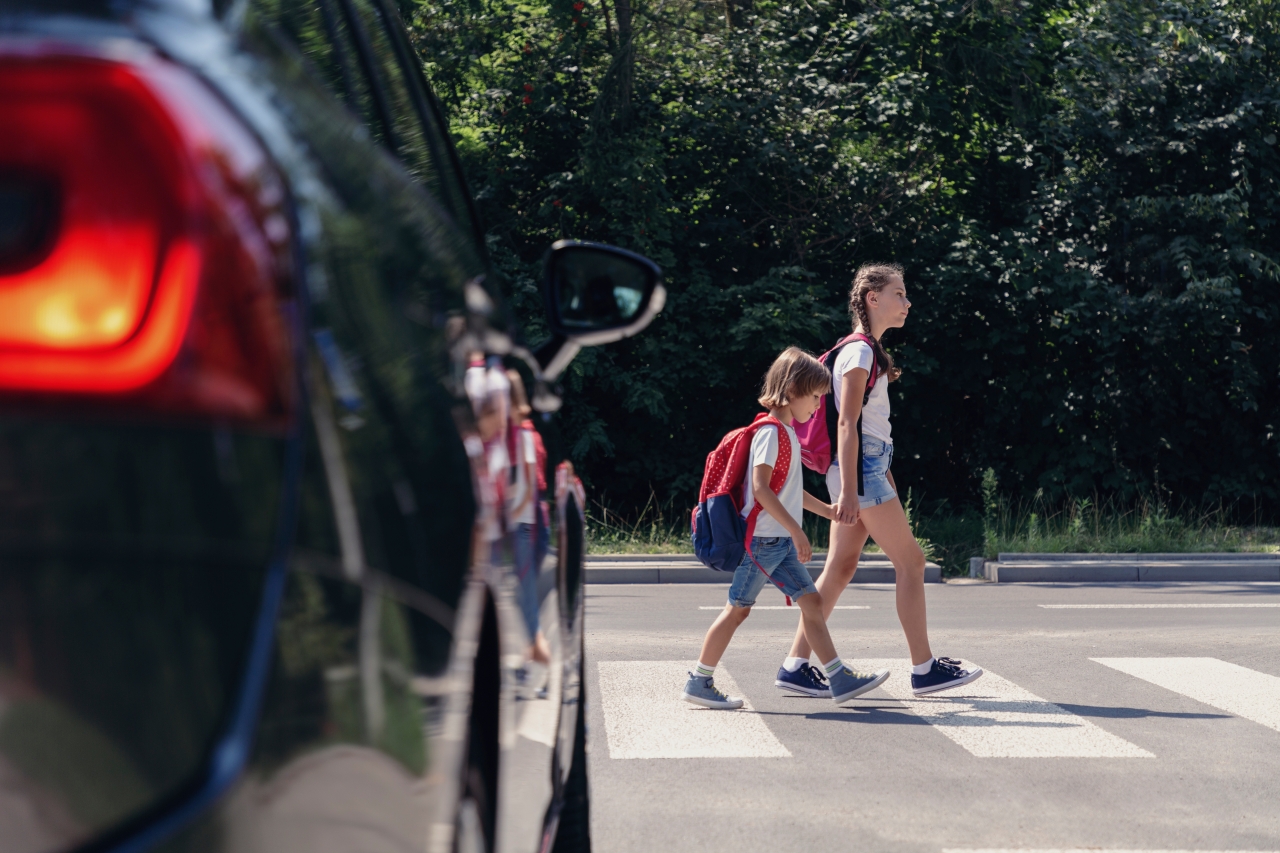 Benjamin Gates was headed for a snack on a rainy night in Southeast D.C. last year when a vehicle mowed him down as he crossed the street. The driver didn’t stop, leaving the professional cellist alone on the road with multiple severe injuries.

He was among thousands of people struck by vehicles in the U.S. each year but considers himself fortunate because he survived.

“Anybody who has been through an experience [like this] who is still with us … we're all absolutely lucky,” he said.

Now, with pedestrians dying in traffic collisions at the highest level in 40 years, auto safety advocates say more must be done to give people like Gates more than luck on their side.

They’re calling on the federal government and automakers alike to address a gaping hole in vehicle collision avoidance technology – the inability of many automatic emergency braking systems to detect pedestrians at night.

Researchers with the Insurance Institute for Highway Safety began warning about the problem earlier this year when testing showed many vehicles equipped with pedestrian automatic emergency braking systems, which are designed to brake when a driver does not, failed to stop for a crash dummy in night-time conditions.

“It really hits you because you know that these are the types of crashes that are happening in the real world,” said David Aylor, vice president of active safety testing at the Institute.

IIHS began testing the effectiveness of pedestrian automatic emergency braking (AEB) systems in daylight in 2019.But as pedestrian deaths have increased by nearly 80% during the past decade – with more than 7,300 people killed on foot last year – Aylor said the Institute expanded its testing.

In an August report, the IIHS found 19 of 23 vehicles equipped with pedestrian AEB earned superior or advanced ratings for their ability to detect a specially designed pedestrian dummy in the roadway during the day.

Only four, however, earned the IIHS’s highest rating of “superior” for either stopping or slowing down for the IIHS dummy in night-time conditions. More than half earned a “basic” score or no credit, according to the report.

Only one vehicle in that August round of testing – a 2022 Nissan Pathfinder – avoided the Institute’s crash dummy in each testing scenario, which included multiple speeds and low and high beam settings. Three others – the Fort Mustang Mach-E, Toyota Camry and Toyota Highlander – also earned superior ratings for either avoiding the dummy or significantly slowing down before impact.

The News4 I-Team was invited to watch as the IIHS conducted another round of tests on other vehicles, though those results have not yet been released.

“Our hope is, over the next two or three years, that we can really raise the bar and see more manufacturers get that top rating of superior,” Aylor said, adding, “We'll continue to look at the real world data and what kind of crashes and fatalities are happening to really sort of push the manufacturers to the next step.”

As of now, auto manufacturers aren’t required to equip their vehicles with pedestrian AEB technology or ensure it works in all lighting conditions. That’s something Cathy Chase, president of the Advocates for Highway and Auto Safety, said needs to change.

“This is a solvable problem,” Chase said. “If they can't work at nighttime, which is when most pedestrian fatalities happen, they shouldn't be calling it AEB with pedestrian detection.”

Chase said she and other auto safety advocates have been pushing the U.S. Department of Transportation to require manufacturers to include pedestrian AEB and meet performance standards to ensure the technology works in all lighting conditions.

That could change, as the $1.2 trillion bipartisan infrastructure bill signed by President Joe Biden included a mandate for automakers to eventually equip their cars with AEB technology.

But, so far, it’s unclear when that will happen or what performance standards it will include. A spokesperson for the National Highway Traffic Safety Administration told the I-Team the agency is still working on the proposed statute and should have more guidance for automakers by next fall.

In a statement, the spokesperson said NHTSA first “initiated rulemaking on pedestrian automatic emergency braking in spring 2021.” The infrastructure bill, the spokesperson added, “made critical investments in NHTSA that will allow the agency to accelerate its research and rulemaking activities related to pedestrian automated emergency braking systems that can help drive introduction of these technologies into all passenger vehicles.”

In the meantime, Aylor said, the IIHS has a voluntary commitment from nearly 100% of auto manufacturers to include AEBs as standard equipment by this model year. Though that doesn’t necessarily include pedestrian-specific detection, Aylor said he’s hopeful most manufacturers will do so.

Gates – who suffered a traumatic brain injury in addition to multiple fractures when he was struck – is now a pedestrian safety advocate with the public awareness campaign Street Smart. He said he hopes the pedestrian detection technology improves before it becomes commonplace – not just to protect people on foot, but also drivers.

“Before it comes down to public and consumer use, I would ask that the manufacturers do absolutely everything that they can for quality checks and assurances before releasing those vehicles to the public,” he said.

The person who struck him was never found, but Gates said he’s working through his physical and mental pain by focusing on his music.

“We don’t always have the best of days, so sometimes it comes with being a little angry or something like that and just trying to express that through the instrument,” he said. “It's definitely been a help in getting over some of the emotion from last year.”

Reported by Susan Hogan, produced by Katie Leslie, and shot and edited by Steve Jones and Jeff Piper.