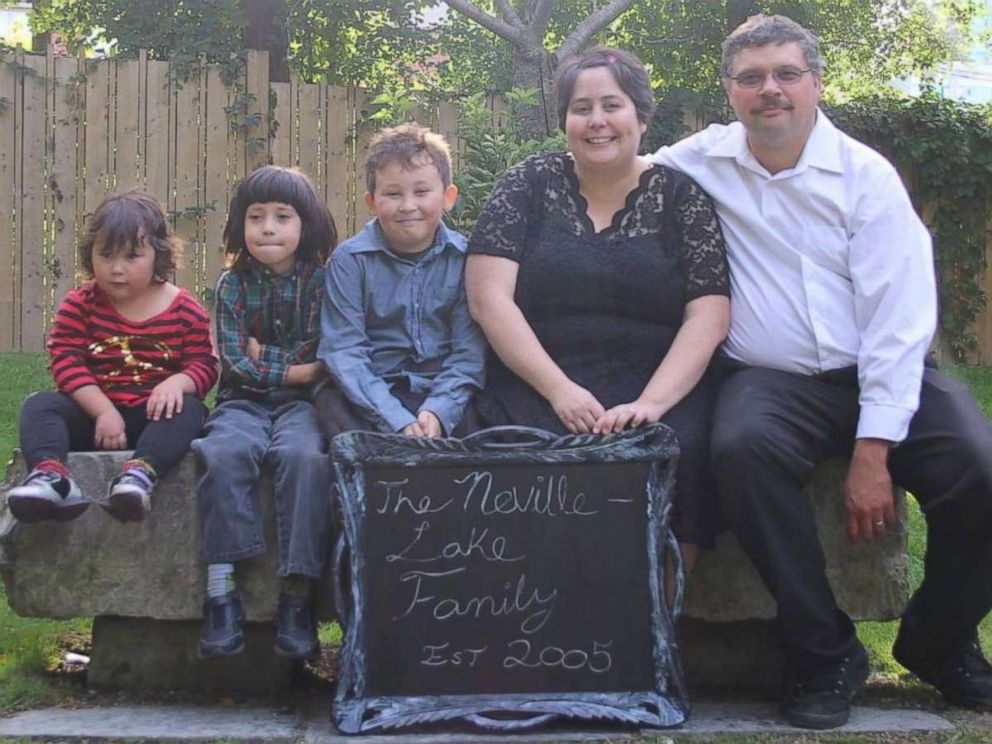 A grieving mother wholost her children in a drunk driving collision has shared a photo of their lunchboxes in hopes of raising awareness against driving while impaired.

Jennifer Neville-Lake of Bampton, Ontario, publicly posted the image on her Facebook page Sept. 3, around the same time her three kids would've started school. Daniel, 9, Harry 5 and Milly 2, would've entered 8th, 4th and second grade -- but in September 2015, the three siblings lost their lives in a crash.

"These were their lunch bags for their 2015 school year," Neville-Lake wrote on Facebook. "The boys took their lunch bags to school and Milly took hers to her music class and when she would spend Fridays with my dad. Our family's first day of school because of a drunk driver."

"When I read it to a friend, she mentioned how it made her never want to complain about too much homework, or silly things again and appreciate the moment," Neville-Lake told "Good Morning America."

"Your choices become actions that have consequences. ... I will never, ever get to watch, participate in and with, enjoy, celebrate, cry with, learn with, grow with, be with any of my children again because of another adult's decision to drive drunk," she said.

One month after her children died, Neville-Lake spoke to ABC News about the tragedy.

She said she had sent the kids to visit their grandparents, who lived 45 minutes away. On Sept. 27, the day her parents were bringing the kids back home, Neville-Lake said she received a frightening phone call from a friend who heard there was a serious car accident involving three children.

"[My parents] were running late and I was getting annoyed," Neville-Lake said. "But when 5 o'clock hit I was like, 'This is really late for them.' I tried calling their phones and they didn’t answer me. I flipped on the news and I saw the crash and I said, 'That’s my van.'"

Neville-Lake said she had her license plate number sent to police, who then recommended she come in to see them.

When Neville-Lake and her husband Ed arrived, they were informed that their eldest son Daniel died shortly after the crash at Etobicoke General Hospital in Toronto. Neville-Lake's father, Gary Neville, also died in the accident.

Neville-Lake's mother, Neriza Neville, and children's great-grandmother, Josefina Frias, who were also in the vehicle, were the sole survivors.

Harry and Milly were airlifted to The Hospital for Sick Children in Toronto, but Neville-Lake said both kids soon lost all brain activity and soon passed away after being on life support.

"I remember saying to the doctor, 'All of my children? All of my children are gone? This cant be true,'" she said in 2015. "Our lives are pretty much over because our whole family has been taken."

It's been 4 years since Neville-Lake's children died, and she shared the photo of their lunchboxes in part to keep their memories alive.

Neville-Lake said Daniel and Harry had helped their younger sister Milly design her own lunchbox to "practice" for when she entered school.

"Daniel's is the camo one with his favorite number of 10,000 and Harry chose the name of his guinea pig for his, Fixer. Fixer died and was cremated on Sept 27 2018," she said.

Today, Neville-Lake runs a non-profit called Many Hands, Doing Good, which combines her dad and kids' love for the arts to inspire children and students who have suffered the effects of trauma through art, dance and music.

She hopes her story could make others think twice before drinking and driving.