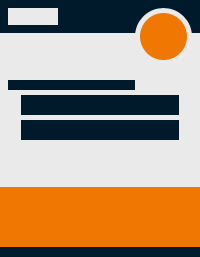 An increasing number of states and municipalities prohibit the use of cell phones while driving, exposing drivers to fines and other penalties. (To learn more about state cell phone laws and tips for driving safely, read Nolo's articles Cell Phones and Driving: State Laws and Cell Phones and Driving in California.) But did you know that in addition to breaking the law, using a cell phone while driving may also expose you to a lawsuit if you are involved in a car accident? Here's an update on some of the latest legal developments regarding cell phone use and texting while driving as they relate to liability for a car accident.

When one driver sues another for damage resulting from a car accident, the person bringing the lawsuit (the plaintiff ) generally has to prove that the other driver (the defendant) caused the accident through his or her careless driving. (To learn about the most common liability theory used in car accident cases, read Nolo's article Car Accidents Caused by Negligence.)

In some recent cases, plaintiffs have argued (and many courts have agreed) that a driver was legally at fault for the accident ("negligent," in legalese) because the driver used a cell phone or other device immediately before or during the collision.

In other cases, injured plaintiffs have also been found to have contributed to the accident because they were using a phone while driving.

Examples of careless driving caused by phone use include:

An employer might be legally responsible for a car accident caused by an employee if the employee was on a work-related call when the accident happened, or was sending or reading a work-related text at the time. In such an accident, the injured person is more likely to sue the employer, rather than the employee-driver, because the employer typically has more money -- "deeper pockets," as lawyers say -- to pay a settlement or lawsuit judgment. This is why growing numbers of employers prohibit employees from using any kind of phone or device (whether personal or work-issued) while driving. (To learn more about employer responsibility for an employee's cell phone use in a car, read Nolo's article Cell Phone Policies for Employees Who Drive.)

And keep in mind that some states have special cell phone laws applying to teens or novice drivers. In these states, teens may be prohibited from using cell phones while driving or may have more stringent restrictions than do adults.

Insurance companies are paying close attention to the link between phone use and car accidents, and many auto insurance websites warn of the dangers of distracted driving. If you are at fault for a car accident caused by cell phone use, or are ticketed for talking or texting while driving, you're likely to see your insurance premium rise. The best way to avoid a higher premium is to avoid an accident -- and potential driver distractions -- altogether. For more information about how auto insurance works, read Nolo's article Buying Car Insurance.

For a detailed guide on how to handle your own car accident or other personal injury claim, get How to Win Your Personal Injury Claim, by attorney Joseph L. Matthews (Nolo).