Pedestrian Struck and Killed in Sturbridge - 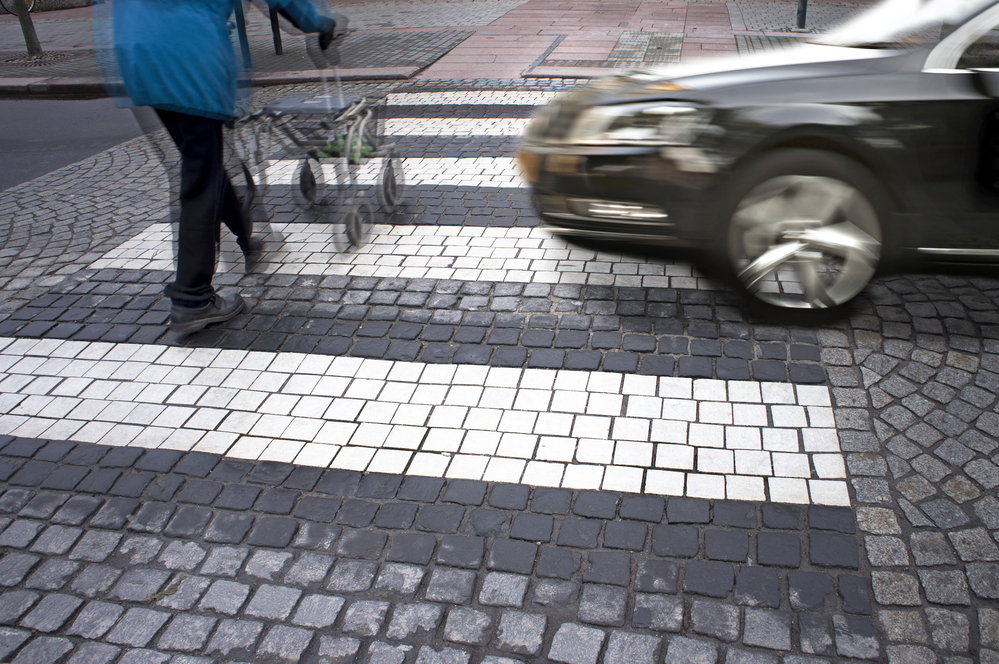 A tragic accident in Sturbridge, Massachusetts a few month ago where a 67-year old man was killed while walking on Main Street underscores the increasing risks that pedestrians appear to be facing. In 2018, there were 6,227 pedestrians killed on our nation’s roadways, which was 250 more than in 2017. Since 2008, the percentage of pedestrians killed has risen by 41% according to the Governor’s Highway Safety Association.

Car accident lawyers and transportation safety officials blame the increase on distracted driving, meaning smartphone use. Massachusetts recently banned use of hand-held devices by all drivers with some exceptions. Drivers can still use Bluetooth but cannot text or punch in numbers or letters, though they can push buttons or swipe when answering calls or using the device’s GPS function.

In 2017, there were 3,166 fatal accidents in the U.S. attributed to distracted driving, and 390,000 injuries out of 1.6 million accidents where cellphone use was a factor.

Little information is known about what caused the accident in Sturbridge or if the motorist was on his phone at the time. What is known is that the victim was walking on a poorly lit stretch of Main Street in the rain. Visibility was undoubtedly limited for drivers and exacerbated by the lack of lighting, the time of day, and the rainfall. At 5:30 p.m. on a December day, it was already dark, and motorists needed to have their headlights illuminated. For some undisclosed reason, the motorist failed to notice the pedestrian who was presumably walking on the side of the road since there was no sidewalk.

Insurance defense lawyers in pedestrian accident claims often question what the pedestrian was doing and what clothes they had on. In this case, there was no sidewalk, so the victim had to walk on the roadway itself. There was no indication in the news reports about the clothes he was wearing or their color. We do not know if the man was walking on the shoulder, if there was one. Only the motorist can tell us if the victim was walking on any part of the traffic lane and the visibility conditions. If the victim’s blood alcohol was tested, this could tell us if the victim was possibly intoxicated and may have wandered directly into or too near the motorist’s direction of travel.

All persons do have a duty to be cautious about their own safety and to exercise ordinary and reasonable care. It is a question for the trier-of-fact (jury or judge in a bench trial) not only as to whether the driver in this case was negligent in striking the pedestrian, but also if the pedestrian’s own conduct may have contributed to the accident if that issue is raised.

It is questionable whether pedestrians have a duty to wear bright clothing if they know they may be crossing a street or walking on a roadway at night and/or in the rain or fog. If the man had been wearing all black clothing, had a blood alcohol concentration (BAC) of at least 0.08%, and was strolling in the lane of traffic, then perhaps he may not have been entirely careful about his own safety. This does not excuse the driver, however, who if driving cautiously should have seen the pedestrian unless he suddenly darted out into the road and in front of the vehicle.

Distracted driving consists of three aspects. First, the driver may not have his hands on the wheel; second, his eyes may not be on the road; and third, his attention is focused elsewhere. As much as we think we can multi-task, this does not apply to driving. Even if talking on a hands-free device, the driver’s focus is distracted just long enough to not notice a person walking on the side of the road and close enough to constitute a hazard. A slight veer to the driver’s right either from not focusing or because the driver was avoiding a pothole is enough to result in a tragic accident.

Further, because of the fog or rain, a motorist must exercise that degree of care expected of a driver under similar conditions. This means driving slower than usual and being more cognizant of hazards in the roadway.

In all car accident and pedestrian accidents, a Massachusetts car accident lawyer will examine not only the human factors involved, but will also consider the traffic and weather conditions, road design, signage, illumination, and the vehicles. In this case, the weather, road design, and lack of illumination may have been relevant factors.

As to the road design, there were no sidewalks and presumably no shoulder. There were also no streetlights.  If the city or county that designed, built, or maintained the road were aware that people often walked on this stretch of Main Street, that there had been prior accidents that were at least partially blamed on the lack of street lights or that pedestrians had no choice but to walk on the roadway and had been injured or killed by passing cars, then the responsible municipality might incur some liability. There may also have been prior studies on this roadway recommending safety measures that the municipality failed to act upon.

For example, signs warning pedestrians that there is no shoulder and to be cautious while walking or to warn motorists to be aware of pedestrians might have been warranted if there had been similar incidents on this stretch of Main Street in the past few years.

In Massachusetts, a wrongful death claim is brought by the administrator or executor of the decedent’s estate on behalf of the immediate family members. Damages include:

There are numerous issues in pedestrian accidents as in any personal injury claim. In the Sturbridge case, the decedent’s family, if a wrongful death claim filed, will have to contend with many questions about how the accident happened and which parties may be held responsible. At Burns and Jain, our car accident lawyers have decades of experience in handling serious and fatal accidents and have a proven record of obtaining satisfactory resolutions in the most complex cases.

Call Burns and Jain at (617) 286-3594 for a free consultation with a highly experienced car accident lawyer.