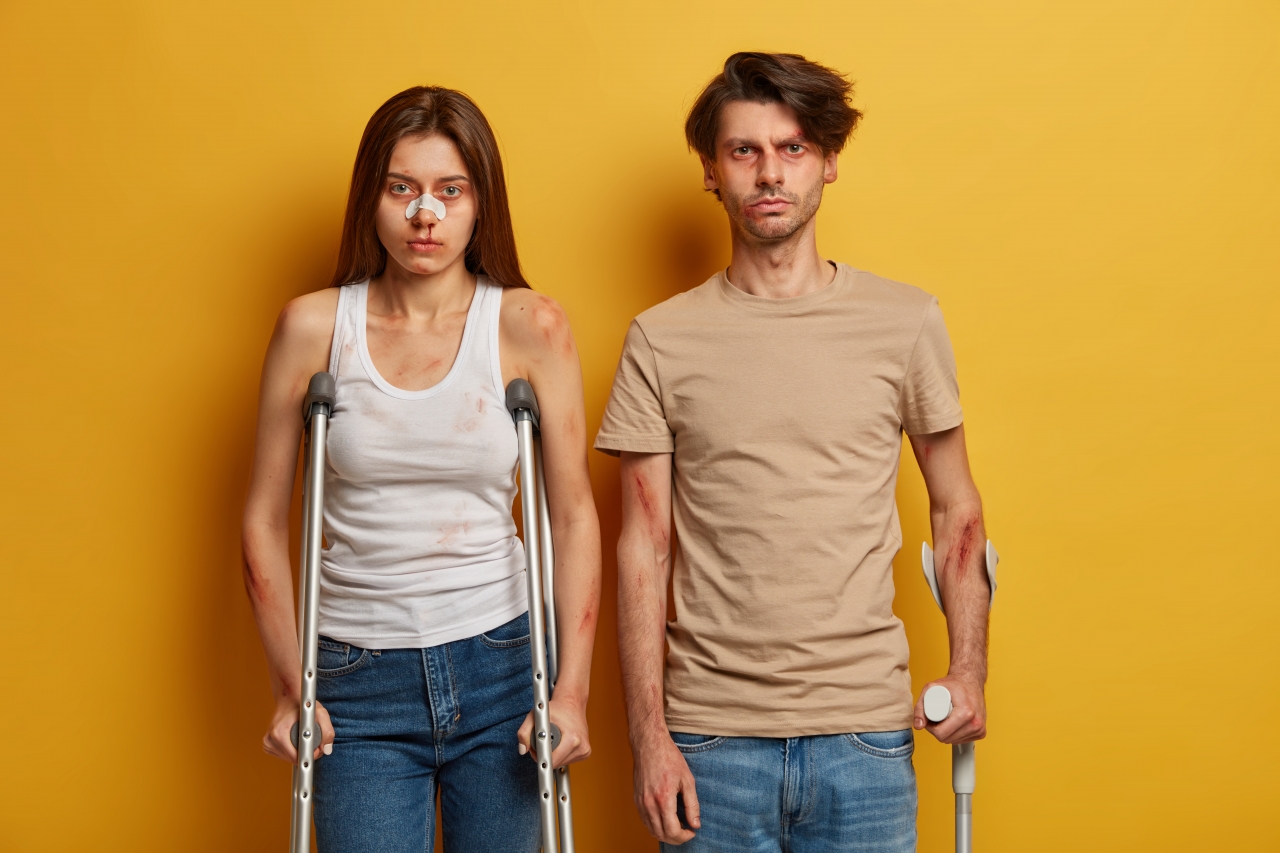 The United States government recently announced the exception of foreign athletes in cases of travel restrictions brought about by COVID-19, effectively allowing foreign athletes to enter the U.S. and compete for resuming sporting leagues despite existing barriers to the country.

Due to concerns over the spread of the novel coronavirus (COVID-19) pandemic, a large majority of governments around the world implemented restrictions, advisories, and bans on international travel and immigration.

The United States, under the direction of President Donald Trump, aimed to shut down travel from China. Reuters reported that, on January 31, Trump issued an order “barring entry of non-U.S. citizens, other than the immediate family of citizens and permanent residents, who had traveled to China within the last two weeks,” with additional health and screening measures for those admitted entry.

Such restrictions have continued to appear for other countries.

The official website for the U.S.’s Mexican embassies writes that travel across the country’s borders with Canada and Mexico “will temporarily limit inbound land border crossings from Canada and Mexico to ‘essential travel,'” defining what the government considers essential in a bulleted list.

Travel from many European countries, part of a continent hard-hit by the virus; Iran, and other regions was restricted as well, as listed by the Department of Homeland Security on its official website.

These restrictions posed a sizable threat to professional sports, as most professional sporting leagues in the United States are compromised in part of foreign-born athletes. According to a graphic shared by sports attorney Dan Lust, foreign athletes make up roughly 75% of the National Hockey League (NHL), 25% of Major League Baseball (MLB), and 25% of the National Basketball Association (NBA).

The UFC, likewise, is a sports entity in which a significant percentage of its athletes and champions are non-American; fighters enter the Octagon bearing the flags of dozens of nations.

In recent weeks, the UFC – unlike other sporting leagues – has endeavored to hold events in the midst of the pandemic, putting on three events in eight days from Jacksonville, Florida, with a slew of COVID-19-inspired rules and restrictions, but without fans.

However, travel restrictions were at the forefront of the UFC’s plans.

The failed UFC London card, originally slated to be headlined by former welterweight Tyron Woodley’s return to the cage against Leon Edwards on March 21, saw a mad dash occupy the days leading up to the event, as the UFC and fighters scrambled to secure travel – originally to – London and then, when the event was deemed impossible, to the US, which also proved futile.

Fights for the UFC have solely featured fighters who are present in the U.S., though that includes a vast number of foreign fighters who reside in the U.S. full- or part-time as part of their training or living arrangements.

However, restrictions have impacted other UFC fights.

Originally, former UFC featherweight champion Jose Aldo was scheduled to take on bantamweight champion Henry Cejudo at UFC 250 (initially set for May 9 in Brazil), but was unable to travel to the U.S. on short notice to compete against Cejudo when the fight was moved to Jacksonville for the UFC 249 card, moved to the same date, due to visa issues. In his placed stepped former champion Dominick Cruz, who was stopped by Cejudo in the second round.

Likewise, lightweight champion Khabib Nurmagomedov was forced out of a – perhaps cursed – title fight with consensus top contender Tony Ferguson at UFC 249 after traveling to Russia and being unable to journey to the event due to travel restrictions. Nurmagomedov’s native Dagestan has suffered greatly due to COVID-19, and the champion’s father and trainer – along with other family members and teammates – have been seriously affected by the virus.

Without the ability to transport athletes to the U.S., White elected to secure a private island – prosaically coined Fight Island – to hold fights between international fighters unable to journey to the U.S.

Though no location for Fight Island has been disclosed, White has touted the idea as a way to salvage fights for foreign fighters and produce unfettered content amid the pandemic.

Speaking with the promotion’s broadcast partner, ESPN, White said, “Right now we’re looking at June [for Fight Island], and we’re literally gonna knock out three or four (events) there in a month. And I’m gonna stay on the island for a month. I’ll probably be there the whole month of July,” (via MMAJunkie, bracketed insertion by The Body Lock).

Many fighters, including foreign champions Israel Adesanya, Alexander Volkanovski, and others, have backed the idea of Fight Island, both from occupational and excitement-driven motivations.

But the United States’ recent amendment to travel restrictions, allowing foreign athletes to be exempted from the restrictions, may render Fight Island unnecessary and the return of foreign fighters to the UFC’s American events inevitable.

Acting Secretary of Homeland Security Chad F. Wolf on Thursday signed an order that would allow foreign athletes into the country regardless of the travel restrictions facing the country in which they currently reside, while keeping intact all other facets of the screening to which foreigners undergo upon entry to the country.

“Professional sporting events provide much needed economic benefits, but equally important, they provide community pride and national unity,” said Acting Secretary Wolf in a statement. “In today’s environment, Americans need their sports. It’s time to reopen the economy and it’s time we get our professional athletes back to work.”

The statement added that the Department would “work with the professional sporting groups to identify the specific athletes, essential staff, team and league leadership, spouses, and dependents covered by this exemption,” going on to list a host of sporting entities.

Though the UFC is not specifically named in the order, the framework for Wolf’s decision may prove effective for the mixed martial arts titan, allowing foreign fighters to compete on cards held in the U.S., leaving Fight Island unneeded.

White has been a longtime supporter of President Trump, speaking on his behalf at the 2016 Republican National Convention and again recently at a February Colorado rally.

The President, who has been keen to begin “Opening Up America Again,” citing economic crises, has advocated for the return to sports, including the UFC. At UFC 249, the UFC’s first event since postponing events indefinitely due to COVID-19, Trump congratulated Dana White and the UFC on returning to action.

“We love it, we think it’s important,” Trump said in a taped address (via MMAWeekly). “Get the sports leagues back: let’s play. You do the social distancing and whatever you have to do, but we need sports… Congratulations to Dana White; UFC.”

Like Trump, White has been in support of reopening the country.

In early March, White famously told TSN’s Aaron Bronsteter, “I don’t give a (expletive) about the coronavirus.” White has since been featured as part of the Great American Economic Revival Industry Group, a White House initiative aimed at restarting America’s sporting apparatus.

Speaking to Yahoo! Sports‘ Kevin Iole, White said, “How long are we really going to stay in our houses and hide? If the coronavirus is what’s going to get me, then so be it. I mean, it is what it is. Heart disease, car accidents, cancer — the list goes on and on of all these things that kill people every year. One thing is guaranteed: We’re all gonna die of something. … You can’t be somebody who’s gonna hide in your house.

“Whether you’re a coronavirus expert or not, it’s like hiding from cancer. You can’t hide from this thing,” he said (via CBS News).

Unlike heart disease, car accidents, and cancer, COVID-19 is a contagious disease. The World Health Organization (WHO) advises people to “Maintain at least 1 metre (3 feet) distance between yourself and others… Avoid going to crowded places… [and] stay home and self-isolate even with minor symptoms such as cough, headache, mild fever, until you recover” on its Advice For Public webpage.