By the Numbers: Four Practice Areas Set to Power Big Law in 2022 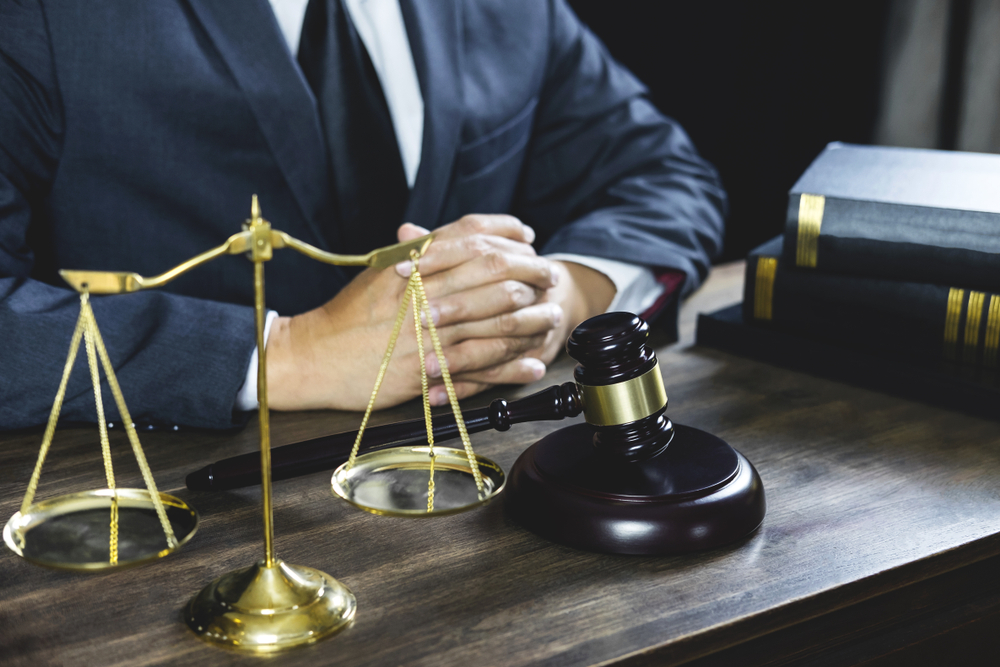 Big Law firms face a tall task this year repeating their financial performance in 2021, when a surge in demand for premium lawyers’ time drove revenue increases not seen since before the Great Recession.

Law firm leaders got a taste of what 2021 would be like in the last three months of 2020 as a hot economy brimming with liquidity began powering some of their most important practice groups. Deal flow never let up: Private equity transactions surged to a record last year and helped the broader mergers and acquisitions market set an all-time high with more than $5 trillion in deals.

Add it all up and law firms saw their top line increase nearly 15% through three quarters of 2021, according to Citi Private Bank’s Law Firm Group.

While corporate practices surged, only one laggard among major practice groups stands out. Bankruptcy suffered a 12% decline in demand during the third quarter of 2021 compared to a year ago, according to Thomson Reuters Peer Monitor Index.

So what’s in store for 2022? Here are some of the practice groups that Big Law firms can count on to drive growth.

Those figures don’t even count the flood of special purpose acquisition company IPOs, which raised their own record amount of cash and required the help of plenty of lawyers.

The pipeline of companies considering an IPO is as healthy today as it was heading into 2021, according to Ian Schuman, head of Latham’s global capital markets practice.

“We have not slowed down and we are not slowing down,” Schuman said.

Still, signs of faltering markets have showed up late in the year as investors fret over a more-hawkish U.S. Federal Reserve and the spread of the omicron variant threatens growth prospects. Rising interest rates, driven by continued inflation, could depress equity valuations and create a less welcoming environment for IPOs, Schuman said.

“Valuations are still pretty healthy, notwithstanding the recent correction,” Schuman said. “How that affects your ability to predict and price a deal going into 2022 is TBD. But a lot of people across the industry—lawyers, bankers, and principals—are very optimistic that the equity capital markets will be a great place to be in 2022.”

The M&A market blew past the $5 trillion figure in total deal value last year for the first time. One of the biggest stories was the surge in private equity deals, which topped $1.2 trillion in value—up roughly double from 2020.

Kirkland & Ellis led the way in the M&A market, according to deal data compiled by Bloomberg. The firm handled more than 700 deals worth more than $424 billion through late December. More than half of that came on private equity deals, Bloomberg data show.

“There is a whole new generation of public companies out there as a result of all these de-SPACs,” Martelli said. “It’s unlikely they’ll be static players. There is not one path for all of them, but you’ll see them involved in a full range of transactions over the next few years.”

An interesting wrinkle in the M&A market was a relative absence of megadeals, those totaling more than $50 billion in value. Those deals are usually driven by “strategic” acquirers of competitors.

Fears that antitrust concerns would strike down deals are abating, Eric Schiele, a Kirkland partner who advises on public company M&A, said. Strategic acquirers are gaining confidence they can pull off megadeals as they gain familiarity with the Biden administration’s antitrust enforcement regime, according to Schiele.

“They don’t think the M&A market will be shut down by new antitrust policy,” Schiele said. “So, strategics are becoming more active, and I think we may see more of that activity emerge in the first quarter.”

White collar litigators had a simple reason to expect a surge in activity in 2021. There was a new occupant in the White House.

President Donald Trump oversaw a significant decline in white collar enforcement during his administration. The average number of white-collar defendants dropped by up to 30% during Trump’s first three years in office compared to the average under President Barack Obama, Bloomberg reported.

From those depths, lawyers figured there was only one way to go: Up.

White collar prosecutions increased by about 12% over the the first year of President Joe Biden’s administration, according to the Transactional Records Access Clearinghouse at Syracuse University, which has tracked U.S. justice system records since 1989. Still, prosecutions were down nearly 25% from five years ago, TRAC data show.

Enforcement will continue to rise during the second year under Biden, said Andrew Goldstein, head of Cooley’s white-collar defense and investigations group. Developing cases takes time, and government agencies needed to staff up, he said.

Goldstein also pointed to recent public comments from Justice Department and Securities and Exchange Commission officials, signaling their enforcement priorities. Cybercrime, fraud in pharmaceutical trials, and securities issues related to cryptocurrencies are likely to come under a microscope. The Biden White House is also expected to take a broader view of corporate enforcement, in line with that in place during the Obama administration.

Goldstein said last year was the most active for Cooley’s white-collar practice in the firm’s history. He credits that in part to the firm’s focus on technology and life sciences companies, which are in the crosshairs of prosecutors and regulators alike.

“The message coming out of the nation’s top regulators in the Biden administration could not be clearer: They are looking to step up enforcement,” Goldstein said. “That always takes some time.”

Antitrust regulators were said to be muscling up last year as the Biden administration installed leaders at the Federal Trade Commission and Justice Department who had made headlines for a hard line approach to policing anticompetitive activity.

FTC Chair Lina Kahn, a former Columbia Law School professor, has been a prominent advocate for more aggressive antitrust enforcement—so much so that Amazon has cited her previous criticism of the company while seeking her recusal from antitrust cases against the online retailer. Jonathan Kanter, who leads the DOJ’s antitrust division, is a former Paul Weiss lawyer who has pushed for antitrust action against Google.

The lack of megadeals in 2021 may be one indicator that, as Kirkland’s Schiele said, c-suite executives were concerned that more active regulators could dash their dealmaking dreams.

But the FTC’s data show that there were fewer merger challenges during its fiscal 2021, which was split between the Trump and Biden administrations, than there were in 2020. The total figure was down to 15 in fiscal 2021 compared to 28 in 2020, according to Commissioner Noah Phillips.

Bruce Hoffman, a partner at Cleary Gottlieb Steen & Hamilton, who served as director of the FTC’s Bureau of Competition during the Trump administration, said he expects antitrust lawyers to be in demand. He cited a bipartisan push for more enforcement, as well as an active business environment.

“I do think we’re going to have very busy times in antitrust,” Hoffman, “and it has been very busy.”