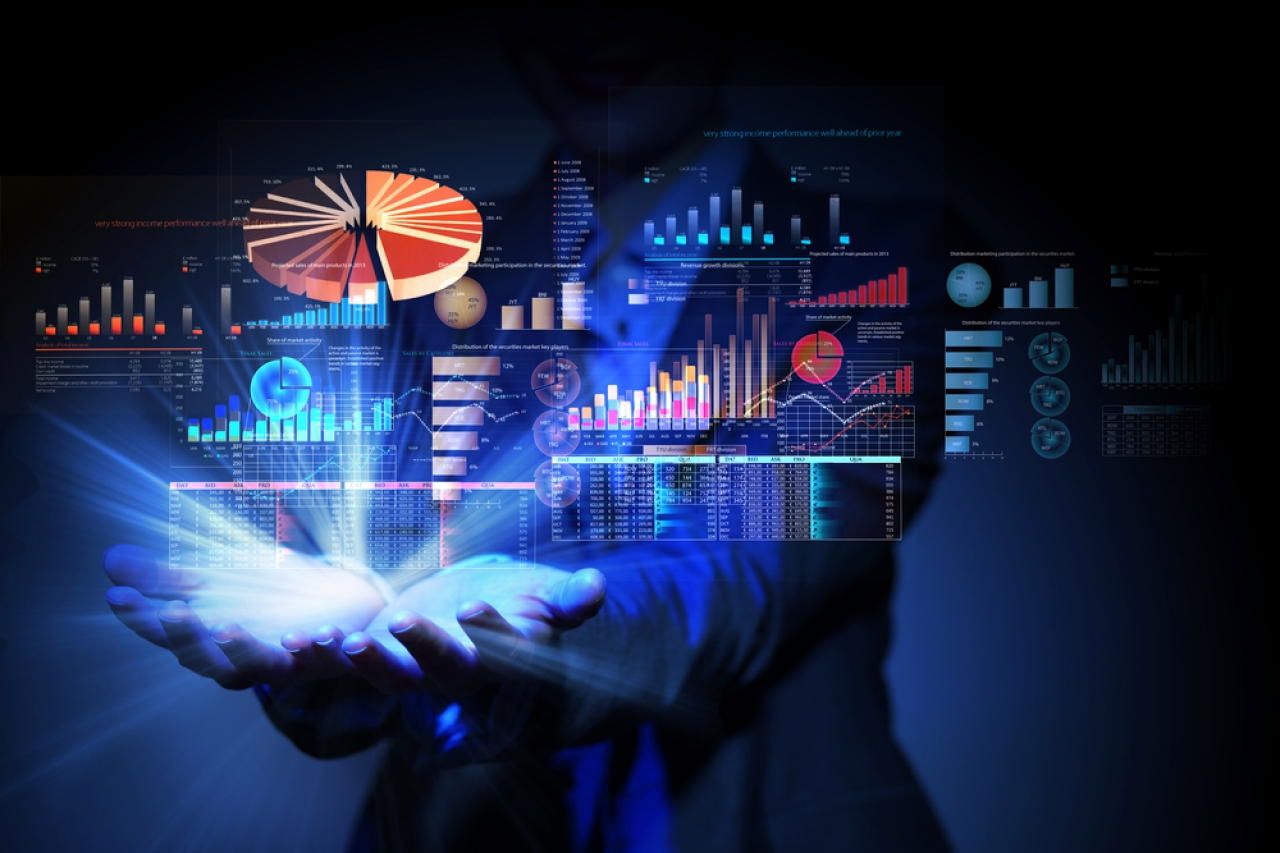 Bills banning members of Congress from trading stocks are gaining increased bipartisan support — including from a former skeptic, Speaker Nancy Pelosi — after a series of investigations involving potential insider trading by lawmakers, particularly in the early days of the Covid-19 pandemic.

There’s wide agreement among voters that legislators should be banned from trading stocks while in Congress, since their position can give then access to information about companies and industries that ordinary people don’t have. While there are some policies in place to at least provide transparency about how legislators are making money from the stock market, there aren’t significant punishments for violating those rules.

In fact, as Business Insider’s Dave Levinthal reported earlier this month, at least 55 members of Congress violated the Stop Trading on Congressional Knowledge Act in 2021 alone.

The law — better known as the STOCK Act — was passed in 2012 to curtail the use of inside information to trade stocks, but many lawmakers now believe it didn’t go far enough to curb abuses.

Business Insider’s reporting, as well as the high-profile investigations of Sen. Richard Burr (R-NC) and former Sens. Kelly Loeffler and David Perdue for suspiciously well-timed trades around the advent of the pandemic, have (somewhat belatedly) spurred new energy around legislation to prevent members of Congress from trading stocks while in office, with multiple bills introduced in the House and Senate aiming to do just that — albeit with varying degrees of stringency and a lack of clarity regarding who exactly should be targeted.

According to Craig Holman, a lobbyist for the government watchdog group Public Citizen, public frustration with ethical issues — and widespread public support for a stock trading ban — is likely driving the current push.

“Sometimes we have to embarrass Congress into doing the right thing, and it works once the public gets involved,” he told The Atlantic in January.

Congressional leadership is also warming to the issue: Pelosi, in a shift from her position late last year, appeared to endorse a ban this week, and Senate Majority Leader Chuck Schumer offered his own endorsement on the Senate floor.

“This is something that the Senate should address,” Schumer said on Wednesday. “Hopefully we can act on it soon and hopefully it can be done in a bipartisan way like many of the bills we are looking at this week.”

But while there’s widespread consensus that something has to be done, legislators aren’t yet in agreement about key aspects of an eventual bill, including who the ban should cover and how severe repercussions should be.

Ethics experts say there are abundant reasons why lawmakers should be barred from trading individual stocks, but the problem was cast into particularly stark relief by the start of the Covid-19 pandemic.

Specifically, in early 2020, when many Americans suddenly lost their jobs due to the pandemic (not to mention had to deal with unexpected medical bills and childcare), US senators raked in millions after placing fortuitous trades in the stock market.

Loeffler, who lost her seat to Democratic Sen. Jon Ossoff last year, reportedly made millions after she and her husband sold some of their interests in January 2020 — and invested in the teleworking company Citrix. The next month, Burr, the former head of the Senate Intelligence Committee, dumped between $628,000 and $1.7 million in stocks — including stocks in hotel companies — just weeks before Covid-19 hit the US in full force. And Perdue, a very active trader who also lost his reelection bid in 2021, routinely traded assets of companies that his former Senate committees oversaw.

Loeffler and Burr were both accused of insider trading, which they fiercely denied, and along with Sens. Dianne Feinstein (D-CA) and James Inhofe (R-OK) were subject to an FBI investigation of their conduct, which ultimately did not result in charges.

That’s not especially surprising — insider trading is hard to prove under normal circumstances, Donald Sherman, senior vice president and chief counsel of Citizens for Responsible Ethics in Washington (CREW), told Vox, and when it comes to members of Congress, he said, “that bar, in practical effect, gets even higher.”

Insider trading, of course, is illegal for everyone and not just members of Congress. As Sherman points out, though, it’s exceedingly hard to prove, and Congress is subject to additional checks on their trading behavior. Those don’t always work either, though: According to former chief White House ethics lawyer Richard Painter, the 2012 STOCK Act “confirmed that insider trading laws apply to members of Congress and their spouses; using nonpublic information learned in Congress to trade securities is illegal. But in the nearly 10 years since the STOCK Act’s passage, nobody in Congress has been prosecuted for insider trading based on congressional information.”

Specifically, the STOCK Act requires legislators to file disclosures regarding their trading activity, but members of Congress violate it often. The law is not well enforced, and the punishment for violation is often something like a $200 fine, as Business Insider’s reporting found.

“Members of Congress just have way too much access to way too much information,” Tyler Gellasch, a former Senate staffer and architect of the STOCK Act, told Politico on Saturday.

Momentum is building behind a push to ban stock trading in Congress, but no one clear plan has emerged so far. Despite bipartisan, bicameral consensus on the basic policy, there are multiple different proposals across both chambers of Congress that vary in breadth and enforcement.

One of the most stringent bills, which was introduced by Ossoff and Sen. Mark Kelly (D-AZ) last month, stipulates that not only legislators, but their spouses and any dependent children, put their stocks and other investment assets into a blind trust managed by an independent party for the duration of their congressional career. The penalty for violating the bill’s requirement would be a fine equivalent to the member’s entire congressional salary, according to Ossoff’s office.

“Members of Congress should not be playing the stock market while we make federal policy and have extraordinary access to confidential information,” Ossoff said in a press release announcing the new legislation.

The Ossoff-Kelly bill, which has yet to find a Republican cosponsor in the Senate, is modeled closely on a bipartisan bill in the House, which was first introduced by Reps. Abigail Spanberger (D-VA) and Chip Roy (R-TX) in 2020 and reintroduced last year. That bill — the TRUST in Congress Act — doesn’t cover other asset classes like mutual funds or government bonds like its Senate counterpart does, but would still impose substantial divestment requirements on lawmakers.

“If placing limitations on how we can buy and sell stock makes it so that someone trusts us a bit more — Congress doesn’t have a great approval rating — I think that is a quote-unquote sacrifice we should make to positively affirm we are deserving of that trust, or to positively affirm we are working for the American people and not our pocketbooks,” Spanberger told the Washington Post last month.

But Sherman, the CREW chief counsel, says that it’s not enough just to divest from individual stocks, and that other asset classes can be subject to insider knowledge, too. “Individual stocks is the floor,” he told Vox, and putting them in a blind trust “doesn’t do the job.”

In addition to the Ossoff-Kelly or Spanberger-Roy proposals, Sens. Josh Hawley (R-MO) and Ben Sasse (R-NE) have each introduced their own proposals; the Hawley bill would take a narrower approach and doesn’t include a ban on dependent children’s portfolios, while Sasse’s bill comes with a hefty penalty — a fine as large $1 million, up to five years in prison, or both. Neither, however, has garnered as much support as the Ossoff-Kelly or Spanberger-Roy proposals.

In the House, there’s also the Ban Conflicted Trading Act, which was introduced last year by Rep. Raja Krishnamoorthi (D-IL) and currently has 51 cosponsors in the House, ranging from Rep. Alexandria Ocasio-Cortez (D-NY) to Rep. Matt Gaetz (R-FL).

That bill would ban members of Congress and their senior staff from trading individual stocks, but doesn’t have a ban on spouses and dependent children; it’s supported by a number of Democratic senators.

Yet another permutation of a stock trading ban — the bipartisan, bicameral Congressional Stock Ownership Act, which counts Sens. Elizabeth Warren (D-MA) and Steve Daines (R-MT) as cosponsors — does not address dependent children’s holdings, but covers lawmakers and their spouses and would impose a $50,000 fine for violations.

Additionally, Rep. Katie Porter (D-CA) and Sen. Kirsten Gillibrand (D-NY) are proposing changes to the 2012 STOCK Act, building on current legislation by banning stock trading, strengthening disclosure requirements, and expanding the offices that the STOCK Act applies to, to include, “members of the federal judiciary and Federal Reserve Bank presidents, vice presidents, and members of the Federal Reserve boards of directors.”

Whatever Congress settles on, Sherman told Vox, “the penalties need to be significant enough that it does have a financial impact” on violators. Financial penalties, he said, “can and should have a chilling effect” on legislators’ motivation to engage in trading — likely even more so than other punitive measures.

None of the bills are perfect, but ethics experts say some are better than others. One particular priority: spouses and children. “A congressional stock trade ban that doesn’t cover spouses is worthless,” Walter Shaub, the Project on Government Oversight’s senior ethics fellow and former director of the Office on Government Ethics, tweeted Friday.

Sherman agrees: “The exclusion of spouses and dependent children is a giant loophole,” he told Vox.

That loophole is particularly visible in the case of Rep. Mike Kelly (R-PA), whose wife Victoria made thousands of dollars from stock trades, potentially using inside information, in April 2020. Insider trading is already incredibly difficult to prove; insider trading by a spouse would be even more so, despite the fact that it would likely benefit both parties in the marriage.

A ban would also head off the appearance of impropriety, regardless of actual violations. For example, Pelosi herself benefits from the enormous wealth generated by her husband’s stock trading; in July 2021, Paul Pelosi netted $5.3 million from a well-timed transaction, according to Fortune, though there’s no evidence of wrongdoing on either or their parts.

As Katy O’Donnell wrote in Politico Saturday, despite the glut of legislation on hand, there are still many unanswered questions regarding what a final bill would look like, and what it could do. While the sentiment of the bills is the same, the specifics are so divergent that it could completely derail the positive movement toward enacting a ban.

Lawmakers, though, have indicated that they’re willing to compromise in pursuit of the larger goal of ending congressional stock trading.

“What we’re trying to do as a group is make sure we don’t lose sight of the central premise of the immediate effort,” Sen. Jeff Merkley (D-OR), a cosponsor of the Krishnamoorthi bill, said Friday. “Now we’re going to have to work to bring everybody into a common effort and make sure that this happens and we don’t get distracted or lost in the field of every possibility.”

Krishnamoorthi has also signaled that he’s willing to compromise on aspects of his proposal, specifically banning members’ spouses from trading. “But,” he said at a press conference Thursday, “right now we want this thing to move.