Is Lawyer Misery Over-Hyped? A New Study Suggests It Is. 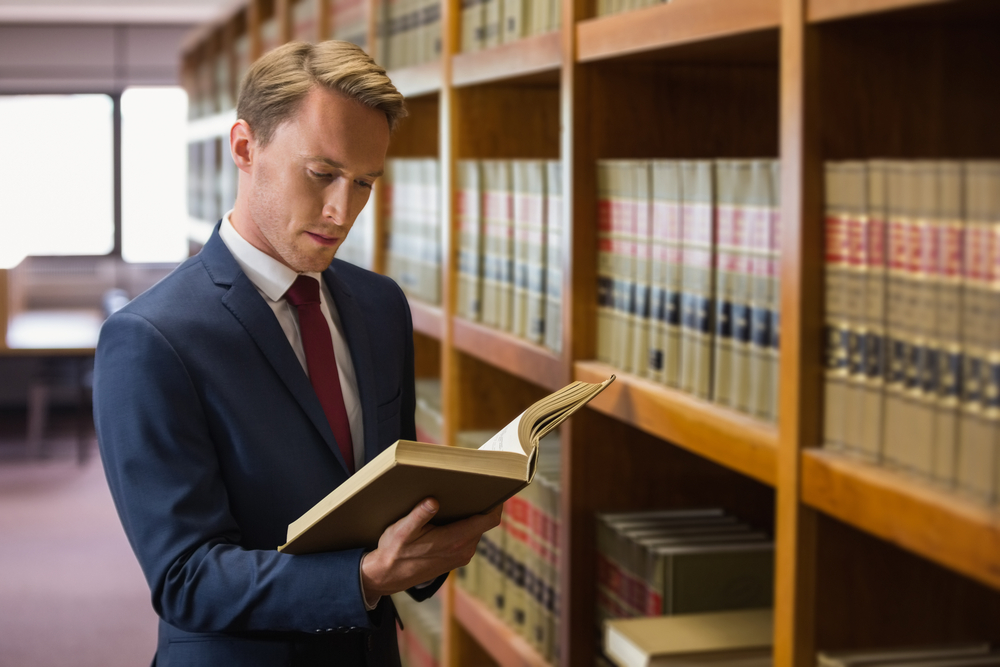 If there’s ever a time for lawyers to go over the deep end, this might be the moment. Stressed, isolated, and overworked throughout the pandemic, lawyers are now facing the uncertainties of going back to the office. And looming in our collective consciousness is the prospect of a world at war.

Certainly, there’s no shortage of reports that lawyers’ mental health is in jeopardy. Recently, reported that lawyers experienced burnout in their job more than half the time during the fourth quarter of 2021. But even before the pandemic, lawyers’ well-being has been in crisis mode. In 2017, the American Bar Association’s National Task Force on Lawyer Well Being issued a major study that found that lawyers suffered much greater rates of depression, anxiety, and alcohol abuse than the general population.

For lawyers in Big Law, in particular, all of that rings true. Indeed, it’s so ingrained in our consciousness that lawyers are some of the saddest, loneliest, most troubled people on Planet Earth that it’s hard to believe they can be otherwise.

Well, here’s the reality check: According to a study by Yale Law professor Yair Listokin and his former student Raymond Noonan, lawyers have no special claim to being despondent. To be blunt: Lawyers aren’t the fragile snowflakes some envision them to be.

“Contrary to the conventional wisdom, lawyers are not particularly unhappy. Indeed, they suffer rates of mental illness much lower than the general population. Lawyer mental health is not significantly different than the mental health of similarly-educated professionals, such as doctors and dentists.”

Despite the proliferation of reports and anecdotes on lawyers’ deteriorating state of well-being, the Yale study finds them to be largely unreliable. Most survey data, says the Yale study, relies on volunteer respondents rather than random samples from the general population so that the results are skewed toward those who are more likely to admit issues with mental health or substance abuse.

In contrast, Yale looked at data from the U.S. Centers for Disease Control’s National Health Interview Survey, which involves a much larger pool of random samples of Americans. (The Yale study analyzed NHIS data from 2010-2017 that included approximately 1,000 lawyers. The total sample size of the NHIS was about 180,000 employed adults.)

Methodology aside, here’s what I find intriguing: If lawyers are no worse off than engineers and dentists, why is the myth of lawyer misery so pervasive in our society? Do lawyers vocalize their discontent more loudly than other professionals? Are they more self-pitying and narcissistic?

“I hate to call anyone a narcissist because doctors think they’re miserable too,” says Listokin, the study’s primary author. “We are aware how miserable we are but not how other people in the world are.” Though lower income people have far greater problems, he adds, “they don’t register on our consciousness.”

Not to quibble but doesn’t that sort of suggest narcissism? My point is that we’re talking about a privileged set that has far greater options than most working stiffs.

So why do we lavish so much attention on the anguish of lawyers?

“Lawyer unhappiness is a big field,” says Dan Bowling, who teaches a class on lawyer well-being at Duke Law School and is an expert in the field. “It can be a self-fulfilling prophecy and make the problem worse if you tell lawyers from day one that they’re more likely to suffer from depression, be an alcoholic, and end up in rehab.”

As much as lawyers may believe their suffering is off the chart, it’s not. “When it comes to suicide rates, lawyers are only number 11. Dentists have much higher rates, ” says Bowling, citing a finding by the American Psychological Association.

Lawyers might not win the top misery prize but is there still something unique about lawyer unhappiness?

What’s not taken into account in the Yale study is the lawyer personality type, says psychologist Ellen Ostrow, who counsels law firms and lawyers on career issues. “It’s the combination of being risk averse and being cynical which is associated with pessimism—a precursor to depression. Research shows people who become lawyers have fragile egos and that’s one reason why they’re attracted to a prestigious profession.”

The irony, of course, is that gaining entry into the most prestigious arenas of law can be anything but ego boosting. “Big Law lawyers are highly educated, smart, and well-compensated,” says Bowling. “But being so competitive and successful is what makes us unhappy too.”

One area in which the Yale study dovetails with other studies on lawyer well-being is on the issue of alcohol. The Yale study finds that the “rates of problematic alcohol use among lawyers . . . are high, even when compared to the general population.” It basically confirms the findings of a 2016 study conducted by the ABA and the Hazelden Betty Ford Foundation.

If lawyers are heavier drinkers than the general population, isn’t that a signal of deeper problems? Doesn’t that support the argument that lawyers are more depressed?

“Yes, it could be masking something else,” admits Listokin. “Excessive drinking is comorbid with mental illness.” At the same time, though, he cautions that the data is not conclusive and that the definition of “excessive drinking” is up for debate. “The CDC’s National Health Interview Survey defines excessive drinking as having five or more drinks in a sitting,” explains Listokin, adding that binge drinking six times a year is very different from doing so 60 times a year.

What’s unique about alcohol’s role in the legal profession is that drinking wine and cocktails is so central to how lawyers bond and entertain. “It’s part of the culture of law,” says Listokin, citing firm social events and outings with clients.

That can also lead to peer pressure to drink, particularly among male lawyers. Ostrow recalls her experience counseling a lawyer who was an alcoholic: “He was surrounded by heavy drinkers who made fun of him for not drinking.” As for female lawyers, Ostrow makes this observation: “Their drinking is done privately rather than in social settings because it’s more acceptable for men to go out and get drunk.” She adds, “So many women tell me, ‘I drink a whole lot of wine at the end of the day’.”

The Yale study might support the argument that many of the studies on lawyer depression are deeply flawed, but what is going on with the drinking?

Listokin says, “I want to make it clear that well-being is a serious issue in the profession.” He reminds us, however, “we tend to think misery among lawyers as ubiquitous—though it’s no more than others. ” He adds, “mental distress rate in the general population is simply very high.”

In other words, misery is universal. Something we should all keep in mind.