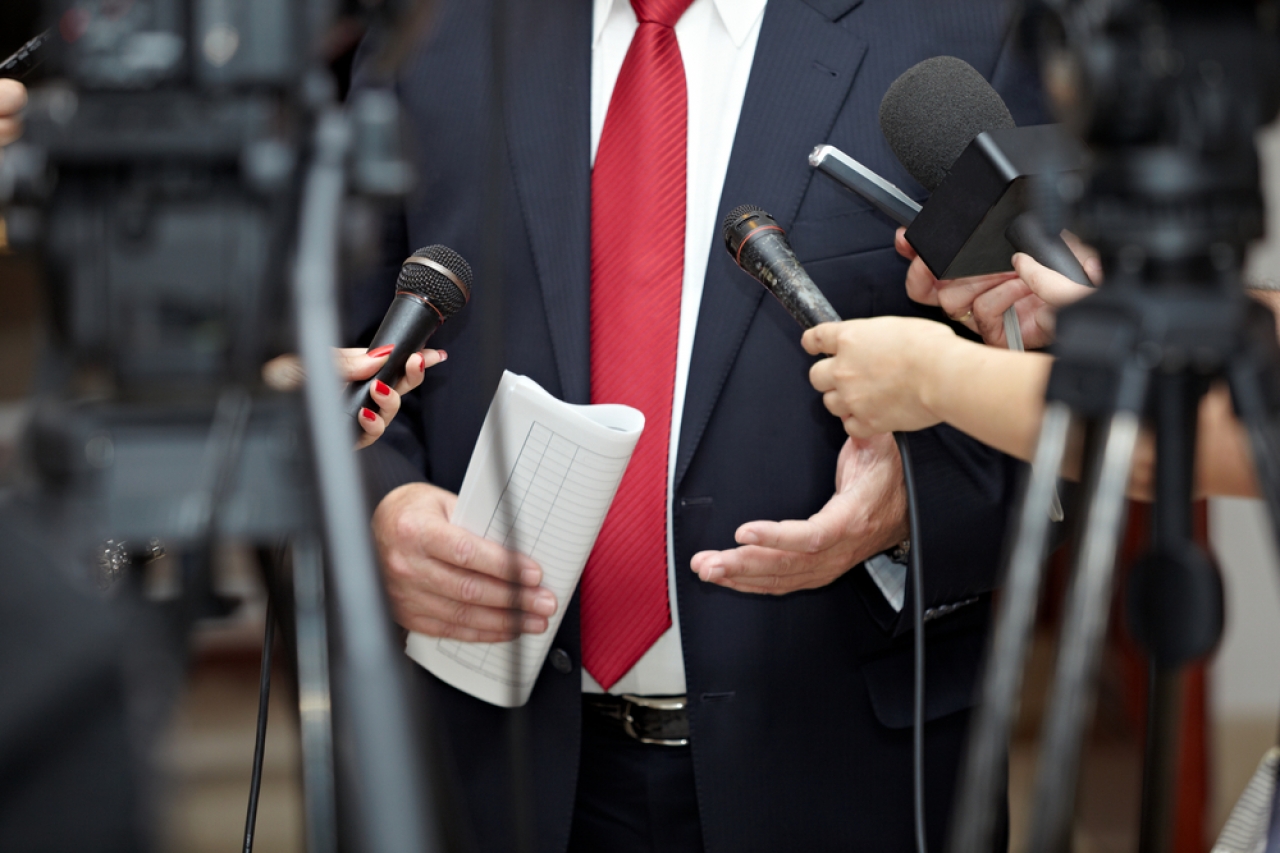 At the urging of Republican Gov. Ron DeSantis, the Florida legislature voted this week to punish one of the world’s biggest producers of entertainment and pop culture, because DeSantis and his fellow Florida Republicans disagreed with that producer’s First Amendment-protected speech. DeSantis signed the bill into law on Friday.

Florida’s decision to strip a government benefit from Disney because, in DeSantis’s words, Disney expressed “woke” opinions and “tried to attack me to advance their woke agenda,” is unconstitutional. And it’s not a close case.

As the Supreme Court said in Hartman v. Moore (2006), “official reprisal for protected speech ‘offends the Constitution [because] it threatens to inhibit exercise of the protected right.’” Nor does it matter how the government retaliates against a person or business who expresses an opinion that the government does not like — any official retaliation against someone because they engaged in First Amendment-protected speech is unconstitutional.

The conflict between DeSantis and Disney arose after Disney denounced Florida’s “Don’t Say Gay” law, an unconstitutional law which allows parents to sue their local school district if topics such as sexual orientation or gender identity are mentioned in the classroom. The law is unconstitutional because it is so vaguely drafted that teachers cannot determine what kinds of instruction are permitted and what kinds are forbidden — although it remains to be seen whether a federal judiciary dominated by Republican appointees will strike the law down.

Florida plans to strip Disney of an extraordinarily unusual benefit it receives from the state. Walt Disney World is located in a nearly 40-square-mile area that Florida has designated the “Reedy Creek Improvement District.” Within this district, Disney essentially functions as the primary landowner and the local government.

This provides Disney with several advantages — among other things, if it wants to build a road or a new hotel, it can approve that project itself rather than going through the ordinary permitting process run by local Florida governments, though Disney still must comply with state building codes. This Reedy Creek arrangement also allows Disney to tax itself at a higher rate to pay for governmental services like sewage and a fire department — according to one analysis, property taxes on non-Disney landowners in Florida’s Orange County could go up by as much as 25 percent if Disney loses its ability to tax itself.

Few Floridians, and, indeed, few major companies, receive this kind of benefit from their state. But the fact that Florida only plans to strip a special benefit from Disney — rather than, say, tossing its executives in prison — does not mean that it can punish Disney for its protected speech.

Think of it this way: Imagine that José owns a bar in Orlando. One day, José tells the local paper that he dislikes Ron DeSantis and plans to vote for DeSantis’s opponent in the upcoming election. The next day, the state sends him a letter informing him that “because you disparaged our great governor, we are stripping your business of its liquor license.”

José does not have a constitutional right to sell liquor for profit. And the overwhelming majority of Florida businesses do not have a license permitting them to do so. But if Florida strips José of his liquor license because the government disapproves of José’s First Amendment-protected speech, it violates the Constitution.

Disney’s ability to govern the Reedy Creek Improvement District is no different from Florida’s hypothetical decision to take away José’s liquor license. If Florida has a legitimate reason to strip away this benefit from Disney, the Constitution most likely would permit it to do so.

But no one can be punished because they express a political opinion.

While existing law is crystal clear that the government may not sanction someone because it disagrees with their political views, First Amendment retaliation cases are often difficult to win because the plaintiff must prove that they were targeted because of their speech. As the Court explained in Hartman, such a plaintiff “must show a causal connection between a defendant’s retaliatory animus and subsequent injury in any sort of retaliation action.”

But in this case, the evidence that Florida targeted Disney because of its protected speech is overwhelming. DeSantis called upon Florida lawmakers to consider “termination” of Reedy Creek on Tuesday. On Wednesday, he sent a fundraising email to supporters where he denounced Disney for being “woke” and for criticizing him personally.

The email was explicit that DeSantis wants to punish Disney for its political views and because the governor believes that Disney is too close to the opposition party. “Disney and other woke corporations won’t get away with peddling their unchecked pressure campaigns any longer,” DeSantis said in his email. “If we want to keep the Democrat machine and their corporate lapdogs accountable, we have to stand together now.”

By Thursday, both houses of the Florida legislature had passed legislation retaliating against Disney. That’s also the same day that DeSantis’s lieutenant governor, Jeanette Nunez, told Newsmax’s Eric Bolling that the state could reverse course if Disney stopped producing art that the Florida government finds objectionable.

Disney, Florida’s second-highest-ranking government official informed Bolling, is being targeted because it has “changed what they really espouse.” Nunez complained that Disney used to support “family values” but that it now produces art that emphasizes topics that Nunez deems “very inappropriate.’

And yet, despite this and other evidence indicating that the Florida government is retaliating against Disney because it criticized the governor’s policies and produced works of art that high-ranking government officials find objectionable, there is a possibility that the Republican-controlled federal judiciary will give DeSantis a pass — much as it did when former President Donald Trump committed a similar violation of the First Amendment.

As a presidential candidate, Trump bragged about his plans to bring about a “total and complete shutdown of Muslims entering the United States until our country’s representatives can figure out what is going on.” Such a proposal violates the First Amendment’s safeguards against religious discrimination.

After Trump was criticized for this unconstitutional proposal, he changed his rhetoric slightly. Instead of calling for an explicit ban on Muslim migration to the United States, Trump said he would disguise the ban by targeting countries with large Islamic populations. “People were so upset when I used the word Muslim,” Trump told NBC’s Meet the Press in 2016, “and I’m okay with that, because I’m talking territory instead of Muslim.”

And yet, in Trump v. Hawaii (2018), the Court’s Republican majority permitted Trump to ban travel from several majority-Muslim nations — even after Trump confessed his plans to give his Muslim ban a patina of legitimacy by presenting it as a ban on travel from certain foreign nations. The majority opinion in Hawaiileaned heavily into the fact that the Trump administration offered a national security justification for the policy that “says nothing about religion.”

The Trump administration’s proclamation announcing this travel ban, Chief Justice John Roberts wrote for the Court’s Republicans, “is expressly premised on legitimate purposes: preventing entry of nationals who cannot be adequately vetted and inducing other nations to improve their practices.” And the Court accepted this national security justification for the policy, despite considerable evidence that the Trump administration came up with this justification as a pretext to justify religious discrimination.

In the likely event that Disney raises a First Amendment challenge against Florida, Florida’s lawyers will undoubtedly spin a similar narrative to the one that the Trump administration came up with in Hawaii. Though those lawyers won’t be able to claim that abolishing Reedy Creek is justified by national security concerns, their brief will undoubtedly offer legitimate-sounding policy justifications for punishing Disney — some of which may actually be persuasive. There are, after all, plenty of legitimate reasons why a for-profit corporation shouldn’t be allowed to exercise governmental authority.

A Republican judiciary may uphold DeSantis’s attacks on Disney by claiming that Florida’s government was motivated by legitimate concerns about giving Disney so much control over the Reedy Creek Improvement District, much as the Supreme Court thumbed its nose at the evidence in Hawaii that Trump was motivated by anti-Muslim animus.

But, again, if the courts follow what the law says, it doesn’t matter if there are legitimate reasons why Florida could have chosen to strip Disney of a valuable government benefit. What matters is whether Florida targeted Disney because it disapproves of the company’s First Amendment-protected speech.