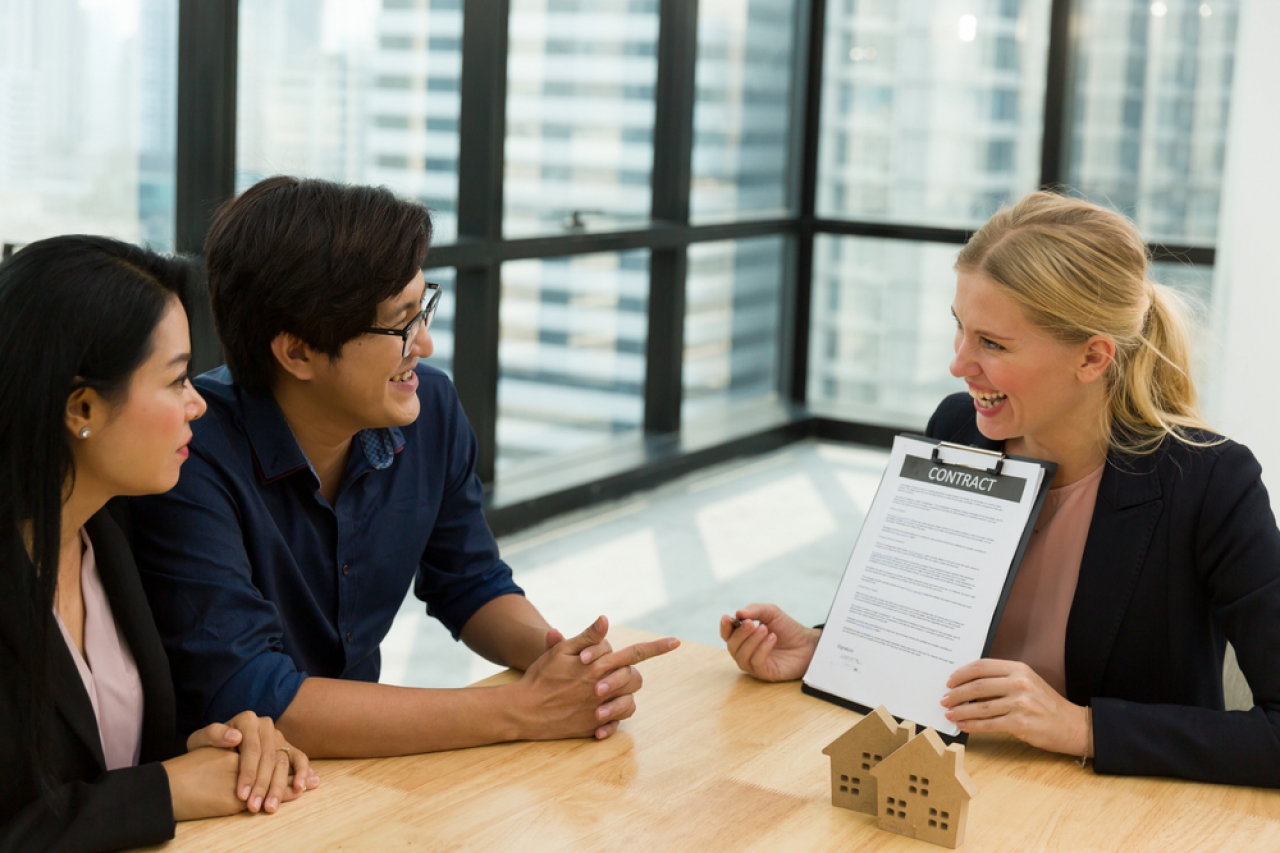 WASHINGTON — Two years ago, Chief Justice John Roberts joined the majority of the Supreme Court to strike down a restrictive Louisiana abortion law, not because he disagreed with the law, but because he felt the precedent of Roe v. Wade — and perhaps the reputation of the court — demanded it.

If his draft opinion unceremoniously overturning the nearly 50-year-old right to an abortion is any indication, Justice Samuel Alito is concerned with neither. And he — not Roberts — writes for the majority now, with Justice Amy Coney Barrett having replaced the late Ruth Bader Ginsburg.

The draft, while not final, offers a glimpse into an emboldened group of justices to the right of Roberts who no longer need their deeply conservative, but more cautious and institutionalist, chief to join them to hand down sweeping rulings that reshape the American legal landscape. The result could be a host of dramatic changes on cases dealing with guns, religion, states’ power over elections, and more.

“If something similar to this is the opinion of the court, that’s sort of like... somebody’s throwing away the steering wheel on a game of chicken, right? It’s a signal that the gloves have come off and there are no restraints now,” said Michael C. Dorf, a professor of constitutional law at Cornell Law School. “These five justices feel extremely empowered. And we’re likely to see that across a range of other cases.”

A decision overturning Roe would mark the culmination of decades of work by the anti-abortion movement, which has focused on changing the composition of the court itself to overturn the law. Alito, Justice Clarence Thomas, and all three of former president Trump’s nominees — Barrett, Brett Kavanaugh, and Neil Gorsuch — voted to overturn the 1973 abortion ruling, according to Politico, which published the leaked draft on Monday.

But the stunning move would also mark a rejection of the more incrementalist style of Roberts, who has long warned of the dangers the court faces if it loses public trust by appearing to act ideologically. A dramatic decision lacking his name in the majority would be a sign he is losing his grip on a court that, according to tradition, is referred to by his name as chief justice. The Roe decision drew a 7-to-2 vote, with the conservative chief justice, Warren Burger, prominently in that majority.

“He’s very well aware that the court has recently taken a hit to its popularity,” said Cary Franklin, a professor at UCLA School of Law. ”He’s campaigning to say, ‘This is a problem and the court is neutral and objective.’ Once that voice gets shunned out of the block that [decides] these cases, then you have a different court.”

Roberts, who was appointed by George W. Bush in 2005, is remembered by civil rights attorney Paul Smith as being “the most aggressive, always-ready-to-argue kind of conservative” when they clerked together in the early 1980s, and has been a reliably conservative vote in some of the court’s most controversial cases. He joined the slim majority allowing unlimited corporate spending in elections in the 2010 Citizens United case, struck down a key part of the Voting Rights Act in 2013, and sided with the conservative minority against gay marriage in 2015.

But his votes upholding the Affordable Care Act drew the ire of conservatives, including Trump, who portrayed him as a traitor to the cause.

Roberts’ own words, however, showed that he had concerns as chief justice that transcended his conservative legal grounding, honed over stints in the Reagan and first Bush administrations. He said in a 2007 interview that justices had a special responsibility to put aside their ideological agendas for the good of the reputation of the court during a turbulent political time.

“Politics are closely divided,” Roberts said then. “The same with the Congress. There ought to be some sense of some stability, if the government is not going to polarize completely. It’s a high priority to keep any kind of partisan divide out of the judiciary as well.”

After swing vote Justice Anthony Kennedy retired in 2018 and was replaced by the more conservative Kavanaugh, Roberts surprised many by joining the court’s liberal minority on several cases — including in one that shot down Louisiana’s prior move to restrict abortion in 2020 and another rejecting a challenge to church attendance limits during the pandemic. It was perhaps a sign that his concern about the declining trust Americans felt in the court — made worse after Republicans blocked President Obama from filling a vacancy in 2016 — was growing along with the court’s conservative supermajority.

Josh Blackman, a conservative law professor at the South Texas College of Law, has described Roberts as on a “lifelong odyssey to pilot the court to middling moderation,” and worried that Kavanaugh would join him on his quest. But if a 5-to-4 Roe decision is issued in June or July, he would begin to believe this new majority is poised to leave Roberts behind, including in upcoming decisions on whether to give state legislatures unchecked control over elections and rolling back states’ ability to regulate guns.

“He would be the first chief justice in recent memory who is not able to have a majority opinion in big cases,” Blackman said of that possibility.

Steven Teles, a professor of political science at Johns Hopkins University, said he likes to describe courts not by their chief justices, whose leadership position allows them to assign the writing of opinions, but by their swing member who needs to be persuaded to make a majority.

That “pivot” member used to be Roberts, as he granted the fifth vote to different groups of justices in deciding cases. Now, after Trump replaced Ginsburg with Barrett shortly before he left office, that swing justice is arguably Kavanaugh, with Roberts to his left.

“Roberts as a swing vote is the most conservative swing vote in anybody’s memory,” said Stephen Wermiel, a constitutional law professor at American University. “Maybe in a hundred years. And if his vote is no longer decisive because it’s not needed, then we really are looking at an incredibly conservative court.”

Conservative lawyers believe this is a moment when an emboldened Supreme Court may tackle a laundry list of precedents that have long been in their sights. Standards strictly limiting how the government can display religious symbols or language, cases allowing universities to consider race in admissions, and even a 15-year-old conservative opinion allowing local governments some leeway in restricting firearms may be on the chopping block or come in for heavy revisions. They are also hopeful the new majority would grant unchecked power to state legislatures to control elections ahead of 2024.

While Alito insists twice in his draft that his words only apply to the issue of abortion, his listing off of precedents that protect other rights that he does not believe are rooted in US history and tradition has led some legal scholars to believe a court led by Alito could chip away at precedents protecting gay marriage, access to contraception, and other key rights.

“That approach puts marriage choice at risk, whether related to race or gender or economic or penal status,” Peggy Cooper Davis, a law professor at NYU, wrote in an e-mail. “It puts sexual liberty at risk. It puts parental authority over education and child-rearing practices at risk. It freezes tradition.”

But Smith, who successfully argued the 2003 Lawrence case that found bans on same-sex intimacy to be unconstitutional, said he thinks it’s unlikely that the Supreme Court would overturn the Obergefell decision on gay marriage or Lawrence. There are multiple ways to uphold gay marriage as a right, he argued, and Gorsuch has shown he may be willing to find discrimination based upon sexual orientation unconstitutional.

Roe would also not be the court’s final word on the abortion issue, as both pro- and anti-abortion advocates would likely bring a host of challenges to various state laws that do not allow for rape or incest exceptions to the ban on abortion, for example. Florida State University College of Law professor Mary Ziegler said Alito’s reference to the fetus as an unborn person in the draft also raises questions about whether this new majority would be open to arguments around fetal personhood, and possibly upholding a federal ban on abortion, if Congress were to pass one.

But in many ways, the difference between a court led by Roberts and one led by Alito may be one more of style and speed than substance.

Kate Shaw, law professor at the Cardozo School of Law, compared the gap between Roberts and his conservative colleagues to the New York city subway system.

“There’s a majority of conservative justices on this court that are on this express train, that [are] trying to get as quickly as possible from point A to point B,” Shaw said. Roberts would also like to get to roughly the same destination as that group, Shaw believes, but, “I think that he would much rather take like a local train with many interim stops.”

Legal scholars believe Roberts wanted to take a gradual approach to undermining Roe, and is attempting to convince his fellow justices — especially Kavanaugh — to sign onto an opinion that would uphold Mississippi’s ban on abortion after 15 weeks’ gestation without fully reversing the precedent. (If he succeeds, which is still possible, it would demonstrate his continued influence over his court.)

There’s also the question of style and tone. Alito’s draft opinion is dismissive of Roberts’ concern with public perceptions of the court. He writes that he doesn’t know how the public will receive news that a right that was relied upon for half a century no longer exists — and he suggests he doesn’t, and shouldn’t, care.

“We do not pretend to know how our political system or society will respond to today’s decision overruling Roe and Casey,” Alito wrote. “And even if we could foresee what will happen, we would have no authority to let that knowledge influence our decision.”

Shaw said the opinion was filled with flourishes that were “classic Alito,” including a footnote that appeared to associate support of abortion with support of eugenics, and the use of the more inflammatory term “abortionists” to refer to abortion providers.

That bluntness earned the praise of conservatives, however, who see Roberts as overly concerned with the perception of his court instead of legal principles.

“A lot of people have observed that it seems that sometimes being the chief and being the swing vote may give him the impression that somehow he has a duty to vote not according to what he thinks is legally the correct result, but … with kind of an eye to outside forces, the politics surrounding the court,” said Carrie Severino, a lawyer and activist who represents one of those outside political forces as the head of the conservative Judicial Crisis Network, which has poured millions into influencing Supreme Court confirmations. “Alito’s draft is very clear that he thinks this is the correct way to look at these questions, not to be trying to game out politics.”

If the Supreme Court does overturn Roe, it will mark a unique moment when a court throws out one of its own precedents not to expand individual rights, but to contract them. Many of the biggest cases where the Supreme Court overruled its precedents resulted in the end of legalized segregation, bans on interracial marriage, and states’ criminalization of same-sex intimacy.

It’s a milestone many find hard to celebrate.

“We are seeing a court more conservative than we’ve seen in 100 years,” said Ariela Gross, a historian and law professor at the University of Southern California. “If this marks Roberts’ counting as a liberal, we’re in some kind of house of mirrors.”