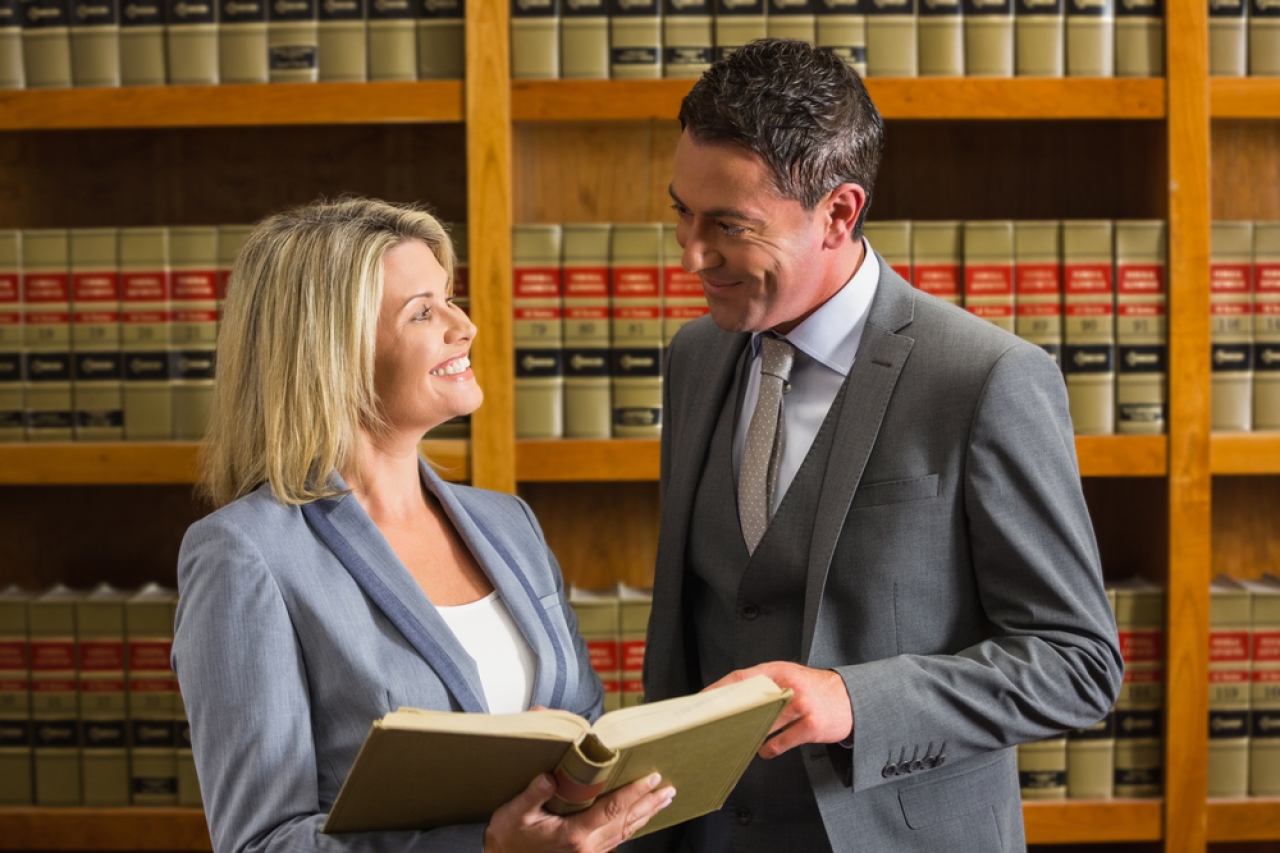 The Securities and Exchange Commission (“SEC”) has recently brought several enforcement actions that directly or indirectly involved lawyers. These actions provide reminders to lawyers of their professional responsibility in representing clients, including in connection with giving legal opinions and responding to auditors. The professional responsibility of lawyers has recently been the focus of both the SEC and the Delaware courts.[1]

On June 7, 2022, the SEC announced a settled enforcement action against Synchronoss Technologies, Inc. charging it and several of its senior employees with accounting fraud for improperly recognizing revenue on multiple transactions and misleading the company’s auditors.[2] The employees charged included the company’s general counsel, who also settled charges that he misled the auditors regarding two of the transactions.[3]

One of the transactions involved a purported sale of a license to a customer that the company booked as revenue despite the customer’s communicating several times that there was no agreement and no commitment on its part. The SEC order states that the general counsel reviewed the communications and responses that did not dispute the customer’s statements and remained silent at an audit committee meeting when the CFO explained to the audit committee and the auditors that issues with unbilled receivables were due to “management changes” at the customer but did not advise them that the customer disputed having any commitment. According to the order, the general counsel also prepared and signed the minutes of the meeting that he knew or should have known would be shared with the auditors.

Unlike the SEC action against RPM International Inc. and its general counsel,[4] this action did not involve an audit response letter addressing a loss contingency. Instead, this action raises the question of the extent to which a lawyer is responsible for other accounting determinations, such as a complex subject like revenue recognition. We should bear in mind that this was a settled action, with the sanctions being such that the general counsel’s agreeing to a settlement, as in the RPM matter, is understandable. Nevertheless, the action emphasizes the importance of the need for lawyers to be sensitive to the information provided to the audit committee and the auditors in connection with their involvement in accounting decisions made by their companies.

On June 28, 2022, the SEC announced the settlement of charges against Ernst & Young LLP (“EY”) for cheating by its audit professionals on CPA exams and for withholding evidence of misconduct from the SEC during its investigation of the matter.[5] EY agreed to pay a $100 million penalty, the largest ever against an audit firm, and to undertake remedial measures to fix the firm’s ethical issues and deficient quality controls.

The SEC action is based upon a significant number of EY audit professionals, over multiple years, cheating on CPA exams by using answer keys and sharing them with colleagues. Ironically, the cheating took place on the ethics exams required of CPAs to confirm that they understand their ethical responsibilities in performing their essential role as gatekeepers in the public interest. In addition, many other EY professionals who knew of the cheating failed to report it. EY had experienced a similar though less widespread  problem several years earlier, which it had sought to address.

To make matters worse in the SEC‘s view, EY withheld the misconduct from the SEC during its investigation by giving the impression in its response that it did not have any current issues with cheating and then by failing to correct that misleading response.

The actions of EY in responding to the SEC cannot be fully understood, however, without also reading SEC Commissioner Peirce’s dissenting statement.[6] Although she supported the enforcement action against EY for the cheating, she was concerned with some of the remedial measures imposed on EY for its failure to correct a response to an SEC voluntary information request, especially when the response appeared to be correct when given. According to Commissioner Peirce’s statement, following a June 19, 2019 settlement with another accounting firm relating to cheating on CPA exams using information improperly shared by former Public Company Accounting Oversight Board (“PCAOB”) personnel, the SEC launched a general industry inquiry, with EY receiving a voluntary request for information about any ethics or whistleblower complaints regarding testing. In accordance with the SEC’s aggressive deadline, EY responded the next day, June 20, disclosing five past incidents but no current issue. On the same day as receipt of the SEC request (June 19), an EY employee reported to a manager that an EY professional had emailed that employee answers to a CPA ethics exam. The report was escalated to EY’s human resources group but the senior EY attorneys who reviewed EY’s June 20 response to the SEC were apprised of the report “no later than June 21”, which was after the June 20 response. EY commenced an internal investigation which uncovered the cheating and significant misconduct and, nine months later, when it completed the internal investigation and developed a plan to address the problem, informed the PCAOB, which in turn notified the SEC.

The issue identified by Commissioner Peirce is the responsibility of lawyers responding to an SEC voluntary request for information to correct previously provided information based on later-learned information while an internal investigation is underway to determine the extent of the problem and develop solutions. She also was troubled by the settlement’s remedy that EY conduct an independent review, overseen by an independent consultant, of EY’s disclosure failures relating to the SEC’s June 19 information request, including whether any member of EY’s executive team, General Counsel‘s Office, compliance staff, or other employees contributed to EY’s failure to correct its misleading submission, with the independent consultant to have full access to EY’s privileged information. The independent consultant also has final authority as to any employment actions (i.e., disciplining or firing) or other remedial steps. Commissioner Peirce characterizes this remedial provision as an “implicit directive to find attorneys and compliance personnel to blame for not complying with a non-existent obligation to correct the June 20 submission . . . .”

There obviously are lessons in the EY order on how to respond to and deal with the SEC during the course of an investigation, especially when the response is voluntary. The order also highlights the challenge of dealing with information while the nature and scope of that information is evolving, for example because an internal investigation initiated as a result of a whistleblower complaint is ongoing. This is a similar situation to the one faced when responding to auditors about government investigations, such as one initiated by a whistleblower qui tam complaint under the False Claims Act, which was the situation involved in the RPM enforcement matter.[7]

On June 30, 2022, the SEC announced a settled enforcement action against Hamilton Investment Counsel, LLC, a registered investment advisor, and its principal and chief compliance officer (“CCO”) for failure to adequately implement its compliance program in connection with one of Hamilton’s investment advisor representatives engaging to the detriment of customers in undisclosed outside business activities that were required to be reported under Hamilton’s compliance policy.[8]

In supporting the settled enforcement action, Commissioner Peirce took the opportunity to outline the considerations relevant, in her view, to charge a CCO with responsibility for compliance violations by the CCO‘s firm, which is the party with the compliance obligation. In doing so, she referenced that New York City Bar Association Compliance Committee’s proposed Framework[9] that focused on whether the CCO’s conduct was not just “debatably inappropriate” but rather was “wildly inappropriate” or demonstrated a “wholesale failure” to carry out compliance responsibilities.[10] Commissioner Peirce analyzed the Hamilton CCO‘s conduct against the following questions identified in the Framework:

It is not the purpose of this article to assess whether the particular facts in this SEC enforcement action justified the charges against the Hamilton CCO as measured under the Framework. Rather, the enforcement order and Framework  should be helpful in considering the professional responsibility of lawyers and their exposure to SEC enforcement actions, especially by having in mind the questions included in the Framework. This is both because CCOs often are lawyers and because those questions can be relevant in assessing more generally the professional conduct of lawyers in connection with a client’s compliance with legal requirements. That assessment relates to the concerns noted above raised by SEC Commissioner Lee in questioning whether lawyers are adequately fulfilling their professional responsibilities when they engage in  “goal-directed” lawyering as illustrated,  according to Commissioner Lee, by the conduct of the lawyers who gave the opinion described in the Bandera decision.[11]

This article was originally published in Business Law Today, a publication of the American Bar Association Business Law Section, on October 28, 2022.

[1] ‎ In addition to the recent enforcement actions described in this article, SEC Commissioner Lee in remarks on March 5, 2022 focused on whether lawyers were fulfilling their professional responsibilities and suggested that the SEC should consider doing more to establish minimum standards for lawyers practicing before the SEC as authorized by section 307 of the Sarbanes-Oxley Act of 2002 in addition to the SEC’s Part 205 Rules adopted in 2003 requiring up-the-ladder reporting.See Commissioner Allison Herren Lee, Send Lawyers, Guns and Money: (Over-) Zealous Representation by Corporate Lawyers(remarks at PLI’s Corporate Governance – A Master Class 2022, March 4, 2022), available at https://www.sec.gov/news/speech/lee-remarks-pli-corporate-governance-030422#.YiYojNPNu-c.mailto. In her remarks, Commissioner Lee referred to the legal opinion addressed in the Delaware Court of Chancery Banderadecision as an example of “goal-directed” lawyering. See Bandera Master Fund LP v. Boardwalk Pipeline Partners, LP., 2021 WL 5267734 (Del. Ch. Nov. 12, 2021), on appeal to the Delaware Supreme Court (No.1, 2022). For articles discussing the Bandera decision, seeFotenos & Keller, Delaware Court Finds Legal Opinion Fails to Meet Opinion Standards, IN OUR OPINION, Spring 2022, at 7, and Field and Smith, Observations on the Delaware Chancery Decision in Bandera Master Fund LP v. Boardwalk Pipeline Partners, LP, IN OUR OPINION, Spring 2022, at 20.

[6] Commissioner Hester M. Peirce, When Voluntary Means Mandatory and Forever: Statement on In the Matter of Ernst & Young LLP (June 28, 2022), avail. at https://www.sec.gov/news/statement/peirce-statement-ernst-and-young-062822.‎