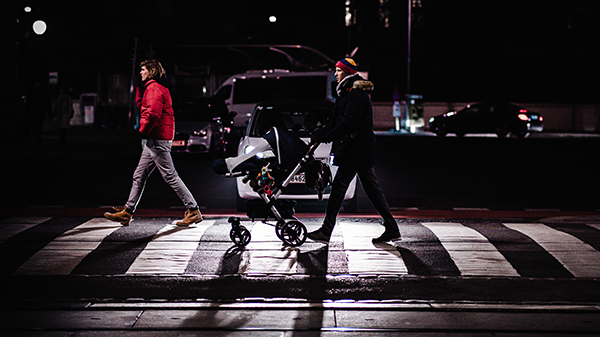 Transportation agencies across the country are facing a surge in pedestrian deaths and trying to understand the root causes. A new study from the University of Wisconsin―Milwaukee pins down some key factors by looking not just at the 40 percent increase from 2009 to 2016, but at all 231,675 deaths since 1977.

The analysis reminds us that pedestrian deaths actually dropped by more than 40 percent over 30 years, before ticking back up at an alarming rate. Moreover, since the mid-1980s, deaths related to drunk driving dropped from 15 to 8 percent and deaths among children dropped from 18 to 5 percent. Unfortunately, the drop among children (and perhaps the overall trend) could be linked to lower rates of walking altogether.

The evidence suggests that most deaths involve someone trying to cross a major road without safe facilities. Overall, most deaths occurred in a travel lane (90 percent), away from intersections (80 percent), and on roads with speed limits of at least 35 mph (70 percent). Half occurred on roads with four lanes or more (50 percent). These conditions have only gotten worse. The share of deaths on high-speed roads increased from 60 to 76 percent, and deaths on wider roads increased from 41 to 58 percent.

Deaths involving larger vehicles have also shot up in recent years. Since the mid-1980s, the share of deaths involving trucks, vans, and SUVs increased from 22 to 44 percent.

Finally, the study notes, the share of crashes occurring in dark conditions increased from 63 to 73 percent. The author, Robert Schneider, explains this could be due to increased nighttime activities, riskier nighttime activities, or simply a drop in daytime walking (especially among children). It’s worth noting, however, that free-flow conditions are more common at night and visibility is often poor.

“Indications that pedestrian fatalities could continue to increase are particularly concerning given that the U.S. already has a poor pedestrian safety record relative to other high-income countries,” explains Schneider. “Transportation safety leaders should take immediate action to reduce the risk of future pedestrian fatalities,” he adds, pointing to the National Safety Council’s Road to Zero Coalition.