How Cities Can Reclaim Their Streets From SUVs 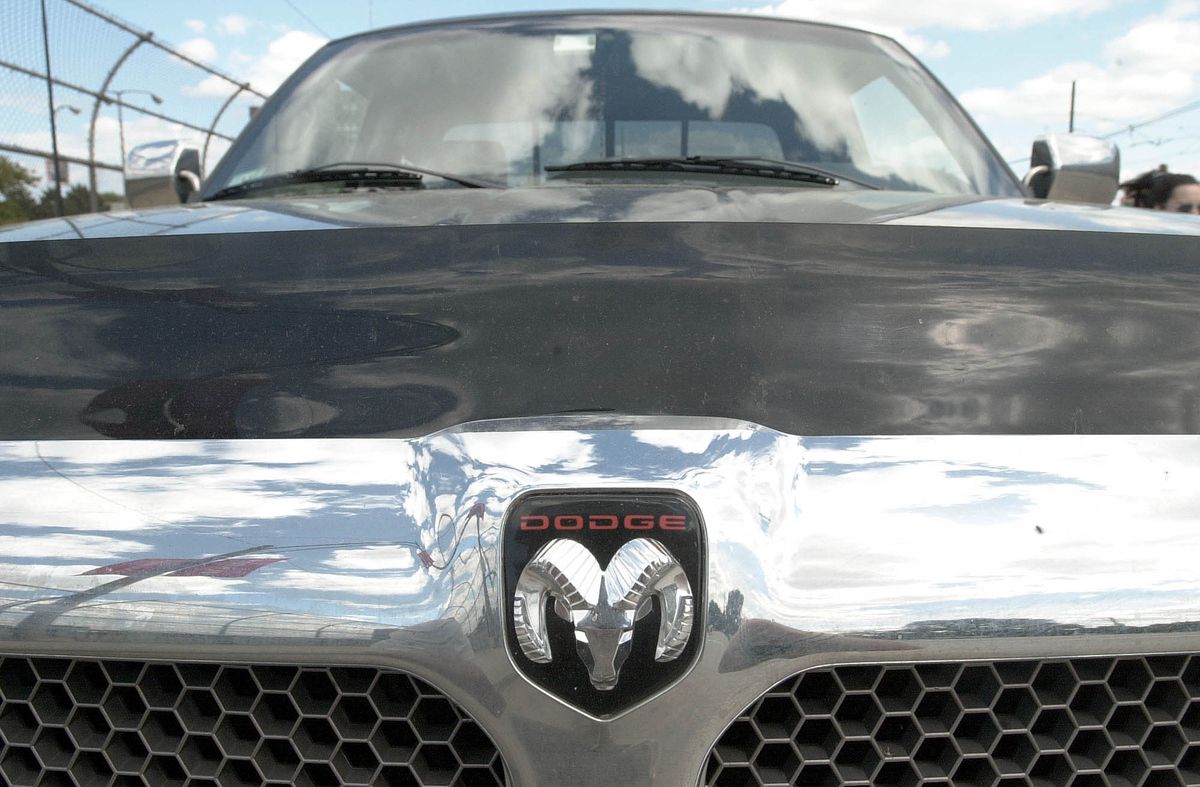 More than two out of every three new automobiles now sold in the United States are “light trucks,” a classification that includes SUVs, pickup trucks, and minivans. That share is rising as drivers look for vehicles bigger than those already on the road (an arms race that The Onion recently lampooned).

The American fetish for SUVs and trucks isn’t just an environmental disaster. It’s an urban safety crisis. Larger vehicles that share streets with pedestrians and cyclists are more deadly than compact or mid-sized cars, both because their greater weight conveys more force upon impact and because their taller height makes it likelier they will crash into a person’s head or torso rather than their legs. Worse, because SUV drivers sit so much higher than similarly sized minivans, blind spots can prevent them from seeing people standing in front, especially children.

A recent report from the Governor’s Highway Safety Association cites the growing popularity of SUVs as a primary culprit for the recent increase in pedestrian fatalities. In 2019 some 8,800 pedestrians were killed in the United States, 45% more than a decade ago. During that period cyclist deaths rose 38%.

Safety-conscious city leaders have a vested interest in what vehicles their residents and visitors choose to drive. That’s especially true in cities that have adopted Vision Zero, a pledge to eliminate all traffic deaths (a goal that Helsinki met last year, but one that remains a distant dream for most American cities). Design improvements like road diets and pedestrian islands can help, but Vision Zero becomes a little harder to achieve every time a driver opts for an SUV instead of a smaller sedan.

The federal government has long been wary of dissuading buyers from choosing SUVs and pickups, whose juicy profit margins have lifted Detroit automakers during the last decade. The National Highway Traffic Safety Administration (NHTSA) manages automotive design through the Federal Motor Vehicle Safety Standards (FMVSS) and the New Car Assessment Program, but it has not leveraged either to protect vulnerable street users (which drew a recent rebuke from the General Accountability Office). A Biden administration might be more assertive, but it could do little to alter a lengthy rulemaking processes, and with the average lifetime of vehicles at a record 12 years, the effects of any intervention would not be immediate. “Whatever path you take, you’re looking at decades before you see the benefits,” says former NHTSA administrator Mark Rosekind. “And that’s if you go all in.”

If city leaders want to see fewer of these dangerous, hulking vehicles on their streets in the coming years, they’ll need to take action themselves. Here are a few ways cities could nudge residents to choose smaller, safer models.

Parking is one domain where local leaders retain substantial power in the United States, especially for residents seeking permission to leave their vehicle on public streets. City parking permits are often set far below market rates—only $35 per year in Washington, D.C., and Philadelphia — and they generally cost the same whether you’re driving a tiny hatchback or a massive full-size pickup.

But cities could change those rules if they wanted to, scaling parking fees with vehicle size. Officials in Berlin are considering charging SUV owners as much as 500 euros, five times the cost for a small car. While such a move wouldn’t block anyone from purchasing a larger vehicle, it could make them think twice about it if they plan to do a lot of urban driving.

Here’s another way local leaders could tap their power of parking. You’ve probably seen parking spaces labeled “COMPACT CAR” in garages and lots. These designated spots are reserved for smaller cars, increasing the total parking capacity, since each spot is smaller.

In Massachusetts, the town of Marlborough permits up to a third of parking spaces to be reserved for small cars, while Needham allows up to half. But why stop there? Allocating a bigger share of spaces for small cars might encourage drivers to choose a vehicle that’s easier to stash. Cities could even mandate higher compact car parking ratios in new development projects that receive taxpayer funds.

Another approach with a similar effect: Increase fines and enforcement for drivers who obstruct sidewalks, vehicle lanes, or adjacent parking spots — something that’s more likely to happen with bulky trucks and SUVs.

Although FMVSS governs the design of automobiles coming off assembly lines, local and state policymakers retain considerable authority over aftermarket accessories, such as decorative wheel rims, underglow lights , and window tinting. Owners of trucks and SUVs often add metal grille guards to the front of the bumper, known colloquially as “bull bars.” Bull bars offer modest protections to the auto body in the event of a collision, but many people get them simply because they like the appearance.

That would be fine, except for the fact that bull bars pose a serious safety risk to a pedestrian or cyclist who collides with one. Automobile bumpers are designed to absorb impact, but bull bars don’t let the bumpers do their job. Instead, as one academic study found, the devices “stiffen the front end of vehicles and interfere with the vital shock absorption system...These devices therefore significantly alter the collision dynamics of vehicles, resulting in an increased risk of pedestrian injury and mortality in crashes.”

Since bull bars aren’t covered by FMVSS, American cities could potentially ban their installation as a safety hazard (they’ve been illegal in Europe for years). Motivated drivers could still cross jurisdictional boundaries, but the extra hassle might discourage installation.

Still, cities considering a ban may confront an awkward reality: Despite the risks bull bars pose to vulnerable street users, many police departments install them on their own cars and SUVs. The bars can protect police vehicles during maneuvers like the Pursuit Intervention Technique, intended to forcibly halt another automobile. Other justifications seem more suspect; when a resident of Sioux Falls raised concerns about the hazards of bull bars, officers claimed they allow the sound of sirens to travel further, by allowing them to be mounted on the front of the car. (If so, a safer solution could simply be a louder siren.)

Which leads to another strategy:

If local leaders want to make a statement about the importance of safer, smaller automobiles, they could start by looking at the vehicles the city buys.

In 2016, the New York City Police Department purchased 200 Smart cars — tiny two-seaters intended to be used as replacements for the scooter-like trikes officers used to patrol in Central Park and other tight spots. One unanticipated benefit: Residents found them adorable. “People want to take pictures with it,” one officer told the New York Times. “People want to hug it; they want to kiss it. It’s just amazing.”

The NYPD didn’t intend to use the Smart cars to replace standard cruisers (and Daimler stopped making them for the U.S market in 2019 anyway). But there are plenty of smaller vehicles that could do regular law enforcement duty in U.S. cities. Unfortunately, American police and city officials appear to be just as enamored with SUVs as other consumers. Since Ford discontinued the iconic Crown Victoria sedan in 2011, many departments took the opportunity to upsize: Today’s most popular police vehicle in the U.S. is based on the Ford Explorer. Efforts to introduce smaller, more efficient vehicles to police duty have struggled. The fleet of electric BMW i3 sedans the Los Angeles Police Department bought in 2016 were so lightly used that the department unloaded them recently at rock-bottom prices.

Obviously, some police vehicles need to be capacious enough to carry lots of equipment (and passengers), and tough enough to withstand the rigors of police work. But European and Asian law enforcers seem to manage just fine with mid-sized sedans, wagons, and smaller crossovers. Are the needs of America’s urban police really so different?

A century of automotive narratives touting “freedom” behind the wheel has led Americans to fiercely oppose restrictions on how or what they can drive. Local leaders developing policies to discourage oversized vehicles also must address logistical questions, like how to avoid penalizing those who use trucks and SUVs for their jobs. But plenty of people buy them out of preference, not necessity; according to one analysis, 75% of pickup owners use their vehicles’ towing capability only once or year or not at all, and more than a third use the truck’s bed only once a year or not at all. Those are the buyers that savvy local regulations might deter.

And University of Iowa law professor Greg Shill thinks cities have a legal basis to take these steps. “Safety of people outside the vehicle — pedestrians, cyclists, or other motorists — is obviously a legitimate object for regulation.”

To succeed, Shill suggests that cities “make explicit the connection to public safety, not only to insulate themselves from a legal challenge, but also to build political support.” Building an argument around the damage SUVs and trucks inflict on the environment would be more challenging. It could be attacked both for ignoring older, polluting sedan models and for failing to account for battery-powered behemoths like Tesla’s coming Cybertruck or GMC’s just-revealed electric Hummer.

It’s unfortunate that federal inaction has forced city leaders to contemplate taking such steps themselves. Regulators across the Atlantic have been far more aggressive incorporating pedestrian safety considerations into their rules. British safety advocates have demanded that any post-Brexit trade deal with the U.S. maintain restrictions on American-made vehicles that do not meet U.K. standards.

Given that reality, it’s sensible for American city leaders to take the initiative. For those willing to try, there are plenty of approaches to choose from. Former NHTSA administrator Rosekind encourages them to go for it. “Put something out there and see what you can do,” he says. “Let’s collect data and see if it makes a difference or not. After all, you can pilot policy as well as technology.”

And those policy experiments just might save lives. David Zipper is a Visiting Fellow at the Harvard Kennedy School's Taubman Center for State and Local Government, where he examines the interplay between urban policy and new mobility technologies.