Signal woman helping to get you where you're going safely 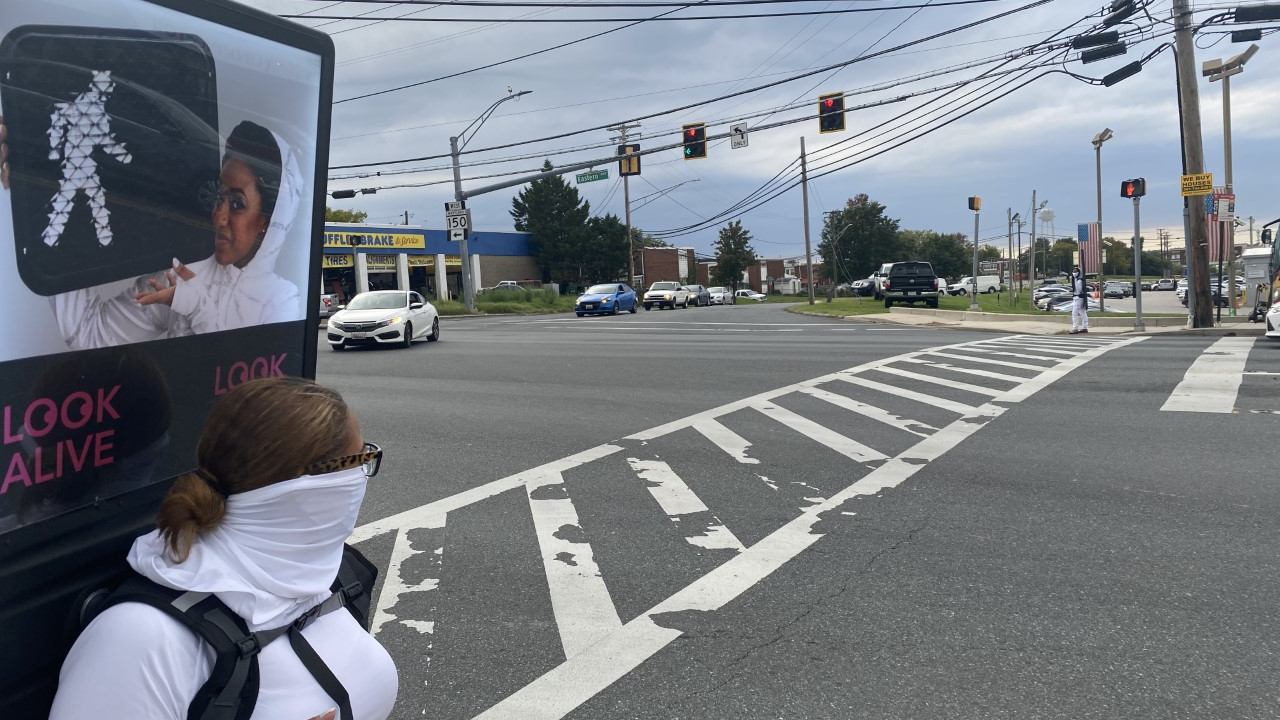 BALTIMORE — There’s a new campaign aimed at keeping the people walking across the roads in Maryland alive.

The campaign brings the pedestrian figure in the “walk/don’t walk” sign to life with a character called Signal Woman.

“She educated drivers pedestrians and cyclists encouraging them to obey traffic laws and look out for each-other,” said Mike Kelly the Executive Director of the Baltimore Metropolitan Council.

On Thursday a group of “Signal People” took to a high traffic area on Eastern Ave in Dundalk wearing light up billboards and white spandex suits to spread the word.

Baltimore County Police Officer 1st Class Jason Keller has worked a lot of pedestrian involved wrecks and he’s proud to be doing what he can to reduce the amount of families who have felt that pain.

“What we’ve been tasked to do as law enforcement is train officers in the proper procedures to enforce pedestrian safety and pedestrian violations along with driver violations,” Keller said.

A woman who walked through the crosswalk during the campaign said she was happy to see an effort to get peoples eyes on the road whether they are walking, biking, or driving.

“My father died in 2011 crossing the street and he wasn’t in a cross walk. He got hit by a car and killed. It could mean your life it makes a difference."

Officer Keller said that pedestrian involved wrecks have gone up in the last five years.

A number that could be trending downwards if pedestrians were using crosswalks more often and if drivers paid a little more attention.

The chances of a pedestrian surviving a crash with a vehicle are slim, and even slow speeds can cause injuries.

There’s a purpose behind the timing of this campaign.

In the winter months it gets darker earlier so it makes it more difficult for drivers to see especially pedestrians are crossing the road.

To learn more about the campaign and to see a list of the safety tips click here.