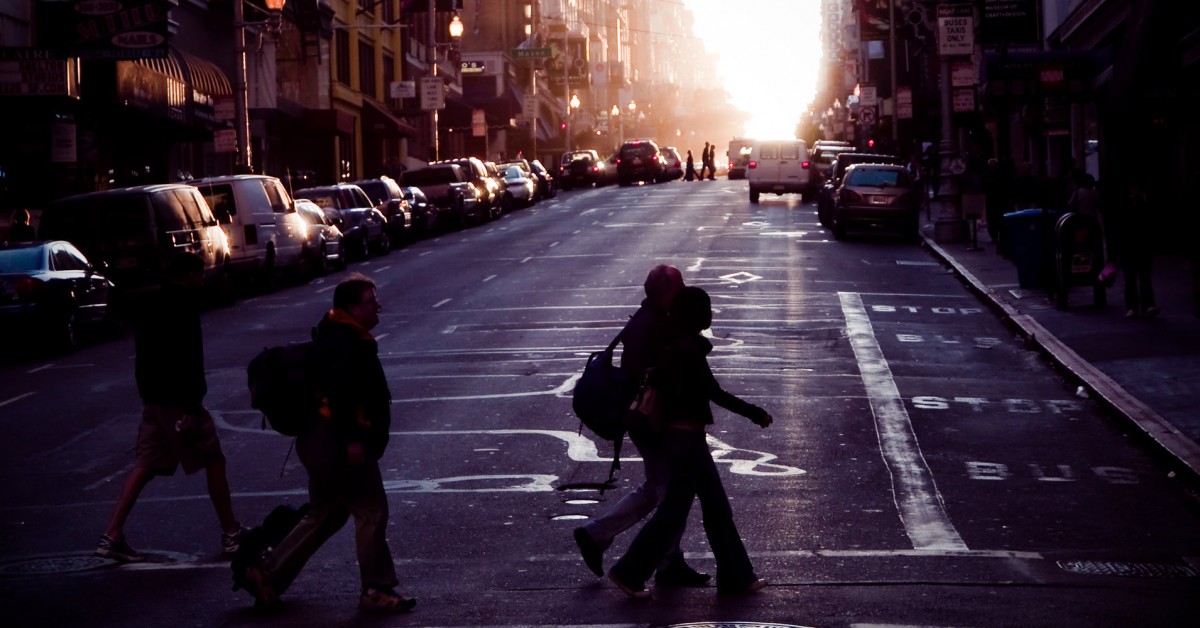 President-elect Joe Biden’s nomination of Pete Buttigieg to be Secretary of Transportation have given urbanists high hopes for what a former mayor can do to adopt a pro-urban mobility agenda. Many of these rest on transit and funding: saving the nation’s transit systems, giving city departments of transportation more control over spending, and embracing bike lanes as a national strategy. But the real test of whether Buttigieg will lead a pro-urban USDOT is not in these marquee issues. It will be in the less glamorous issue of pedestrian safety, as it relates to new cars, autonomous vehicles, and data collection.

Sadly, the United States is going the wrong direction on pedestrian safety. Over the last 25 years, American roads have gotten safer for people in cars, thanks to larger vehicles and new safety features. People outside cars, however, are dying more than ever –7338 in 2019, compared with 6524 in 1995. The same larger vehicles are much more damaging when they hit people, and encourage drivers to go faster on local roads than ever before. In 2004, pedestrians were only 10% of all traffic-related deaths; in 2019, they were 20%. The idea that “distracted walkers” are a major cause of crashes is a myth.

Still, state and federal attention focuses almost entirely on protecting peopleinside vehicles. This is because federal and state DOTs have traditionally focused on highways, not local roads where pedestrians are more likely to be. (It’s no accident that the responsible federal agency is known as NHTSA — the National Highway Traffic Safety Administration.) It’s also helpful that automakers benefit from assuring their customers that their cars are safe to ride in.

For these reasons, pedestrian safety is a distinctly urban issue. InNew York, San Francisco, and other big cities, the majority of traffic deaths are not of vehicle occupants. Pedestrians die outside major cities as well, but there they are dismissed as outliers – people without cars, or freak accidents. Too often, those victims are also disproportionately poor, female, and people of color. And automakers have little incentive to focus on pedestrian safety. So the only officials who reliably focus on pedestrian safety are city officials.

As a result, whether a Buttigieg-led USDOT prioritizes pedestrian safety is a far more serious test of his commitment to cities than any other. There are three areas where he could earn serious pro-urban credentials.

The first is having NHTSA incorporate pedestrian safety into new car safety standards. In Europe and Asia, regulators require new cars to be designed with pedestrian safety in mind. Features such as pop-up hoods protect a pedestrian’s head from hitting the engine block; better front-end design can reduce damage to pedestrians’ legs and prevent victims from going under the tires; crash avoidance systems can react faster than drivers. In addition to these requirements, overallcrash-test ratings include not only the survival of occupants but also of pedestrians – redefining what a “five star safety rating” means.

In 2015, NHTSAbegan work to incorporate pedestrian safety into its new car regulations, but it stalled under the Trump administration. Both the National Transportation Safety Board (NTSB) and the Government Accountability Office (GAO) have recommended that NHTSA resume this process. A Secretary Buttigieg should make it a day-one priority to get this rulemaking restarted.

A second opportunity will be in the regulation of autonomous vehicles (AVs). Although AV companies often talk about the benefits AVs will bring cities, they have pursued a deeply anti-urban legislative agenda. They have sought to ensure that AVs be allowed to drive at the prevailing speed of traffic rather than the legal speed limit, which means that AVs will contribute to unsafe conditions rather than help cities implement the lower, pedestrian-friendly speed limits that many have adopted. They have also sought preemption to prevent state and local officials from treating AVs any differently from traditional vehicles. This would mean cities would not be able to judge for themselves whether AVs’ safety standards are appropriate for dense urban environments, nor would they be able to prevent AVs from cruising around cities instead of paying for parking. A pro-urban USDOT will force AV manufacturers to embrace pedestrian safety as a paramount consideration – and will oppose any attempt to pre-empt cities from regulating AVs as a separate class of vehicles.

A final area – and one that should appeal to a former McKinsey consultant like Buttigieg – is in data collection. Pedestrian and cyclist crashes often go unreported, especially when there is no injury, and in many cities the police do not report crashes where the driver is not considered at fault (in the police officer’s discretion). Further, NHTSA’s data collection excludes private spaces such as driveways and parking lots, where many auto-related injuries and deaths occur. Both GAO and NTSB have called for NHSTA to do better data collection, and a Secretary Buttigieg should heed those calls.

In all three cases, a Secretary Buttigieg will face opposition. AV makers will accuse USDOT of impeding the development of new technology. Traditional automakers will argue that European design standards won’t work in the American market. State DOTs and police departments may argue that more data collection is onerous and pointless. But those who care about cities must hold the Biden administration accountable for placing the most vulnerable road users at the top of their priorities. That, far more than money, will show how much the former mayor’s USDOT cares about cities.