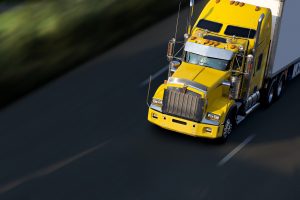 A new study has found that safety features such as automatic emergency braking and forward-collision warnings could end up saving lives by preventing more than 40% of large truck accidents where big rigs rear-end other vehicles. According to an Associated Press news report, the Insurance Institute for Highway Safety (IIHS), a research group that is supported by auto insurers, also found that when rear-end crashes happened, these systems cut the speeds by over 50%, reducing injuries and damages caused.

The IIHS has called on the federal government to require these systems on new large trucks and said many truck fleet operators are already adding emergency braking on their own. Experts say rear-end crashes with trucks are quite common and the consequences are often devastating. Trucks with collision warning systems reduced rear-end crashes by 44% while automatic emergency braking cut rear-end truck accidents by 41%, the study said.

The study compared large trucks from the same companies that were equipped with collision alone, automatic emergency braking, and no crash prevention features at all, the IIHS said. It also found that trucks that were equipped with a collision warning system had 22% fewer crashes than those without either of those technologies. For automatic emergency braking, that figure was 12%. The IIHS says truck accidents in the United States have increased by nearly one-third since hitting a record low back in 2009. In 2018 alone, 4,136 people died in truck accidents with 119 of those deaths being in rear-end crashes.

When truck driver negligence causes an accident, both the driver and his or her employer can be held financially responsible for the injuries, damages and losses caused. In cases where a lack of vehicle maintenance causes issues such as brake failure, which leads to a crash, the trucking company can be held responsible. If you or a loved one has been injured in a truck accident or if you have lost a loved one in a crash, please contact an experienced California truck accident lawyer who can provide you with more information about pursuing your legal rights.