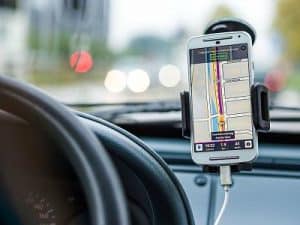 A backup driver has been charged with negligent homicide for her role in a fatal Uber self-driving car crash that took place in Arizona two years ago.

The Uber self-driving car crash at issue occurred in Tempe, AZ on the evening of March 18, 2018. At that time, a Volvo XC90 SUV outfitted with Uber’s sensing system was heading towards a busy intersection. The vehicle had been part of a test of autonomous vehicles that Uber had been conducting. Though the Uber was traveling in self-driving mode, a human safety driver, 46-year-old Rafaela Vasquez, was sitting behind the wheel.

As the vehicle approached the intersection, 49-year-old Elaine Herzberg was crossing the street with a bicycle, approximately one hundred yards from the crosswalk. When she stepped down from the concrete median and into the street, the Uber struck and killed her, apparently without having slowed down. The incident was believed to have been the first pedestrian death caused by self-driving technology.

Following the Uber self-driving car crash, Uber temporarily halted its testing program, but the company’s autonomous vehicles later returned to the road with greater restrictions and at lower speeds.

Nevertheless, in the immediate aftermath of the incident, questions were raised about liability in self-driving car crashes. Last year, Arizona prosecutors declined to pursue criminal charges against Uber, but on September 15, a Maricopa County grand jury charged Rafaela Vasquez with negligent homicide. She pleaded not guilty.

In a public statement, Maricopa County attorney Allister Adel said that “Distracted driving is an issue of great importance,” citing a local police report and an investigation by the National Transportation Safety Board (NTSB) claiming that Vasquez was streaming The Voice on Hulu at the time of the Uber self-driving car crash.

But despite concluding that human error was largely to blame, the NTSB still asserted that it was “the last link in a long chain of actions and decisions made by an organization that unfortunately did not make safety the top priority.”

For example, the vehicle’s software reportedly detected Herzberg more than five seconds before the Uber self-driving car crash but did not identify her as a pedestrian crossing the street with a bike. The NTSB also claimed that Uber deactivated the SUV’s built-in automatic emergency braking system, putting additional pressure on the backup driver to intervene if the self-driving rig failed.

With an estimated 900,000 active Uber drivers across the United States, more and more domestic car accidents involving the company are happening each day. To help insure that you receive full and fair compensation if you have been hurt by an Uber vehicle, reach out to the Uber accident attorneys at GWC Injury Lawyers LLC.

With more than $2 billion successfully recovered in verdicts and settlements on behalf of our clients, GWC is one of the premier Personal Injury and Workers’ Compensation law firms in Illinois. No other firm is more respected by its adversaries, both inside and outside of the courtroom. Our Chicago Uber accident lawyers have the experience, the determination, the resources, and the reputation of success necessary to get you and your family the justice you deserve.

To schedule a free, no-obligation consultation with a Chicago car accident attorney, contact GWC today. You can call our (312) 464-1234 or click here to chat with one of our representatives at any time.