Leading Causes of Accidental Death in the United States 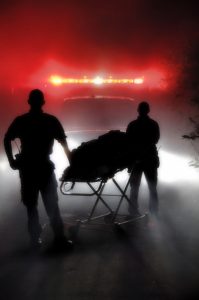 Accidental injury remains the third leading cause of death nationally, with 169,936 fatalities in 2017 alone. To help keep you safe, GWC takes a look at some of the leading causes of accidental death in the United States.

According to a report issued by the Centers for Disease Control and Prevention (CDC), the following were the top five causes of accidental death in 2017:

Due in large part to the opioid epidemic, poisoning has overtaken car crashes as the country’s leading cause of accidental death, with 64,795 poisoning deaths in 2017, 22,000 of them from opioid painkillers. Additionally, people can be poisoned by common household substances, including:

Auto accidents remain the leading cause of death for people from the ages of 5 to 24, as well as the second leading cause of accidental death for those 25 and older, accounting for 40,231 total fatalities nationwide in 2017. Some of the most frequent reasons for deadly car crashes include:

With 36,338 deaths recorded in 2017, accidental falls can be surprisingly dangerous, especially for the elderly. In fact, falls are the source of the most injury-related deaths for people 65 and older. Accidental falls often occur because of:

2017 saw 5,216 deaths from suffocation or choking across the country, over half of them in people older than 74. In the majority of cases, victims suffocate from food getting lodged in the airway and restricting breathing, frequently when ingesting:

Drowning killed 3,709 people in the United States in 2017, most of them very young. Drowning is the most common cause of accidental death in children ages 1 to 2, and the second most common cause in children ages 3 to 6. While the majority of these types of deaths occur in pools and beaches, many of them also happen in bathtubs and sinks, so parents are urged to be very cautious when their children are bathing.

But minors are not the only ones at risk of drowning. Each year, adults drown because of their inability to perform basic water safety skills, including:

Even when these types of accidents are not fatal, they can cause serious, often permanent injuries and conditions that can significantly impair one’s quality of life. But as the National Safety Council insisted in response to the CDC’s report, there is really no such thing as an accident. By following basic precautions, most of these types of incidents can be avoided. Some of these precautions may include:

If we are more mindful of our actions in our everyday lives, we can significantly reduce the number of accidental injuries in the United States.

The above tips are just some of the ways in which you can minimize the risk of accidental death or injury. But unfortunately, it is not always up to you. Sometimes, you may find yourself hurt through no fault of your own because of somebody else’s negligence. When this happens, do what so many other wrongfully injured people have done before you and turn to the knowledgeable personal injury attorneys at GWC Injury Lawyers LLC.

With more than $2 billion recovered in verdicts and settlements, GWC is one of the leading Personal Injury and Workers’ Compensation law firms in Illinois. No other firm in the state is more respected – or more feared – by its adversaries, both inside and outside of the courtroom. Our Chicago personal injury lawyers have the experience, the determination, the resources, and the reputation of success necessary to get you and your family the justice you deserve.

Contact GWC today to schedule a free, no-obligation consultation with one of our personal injury attorneys. You may call our office at (312) 464-1234 or click here to chat with a representative at any time.