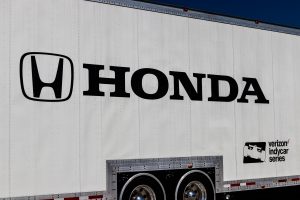 Honda Motor Company has announced that it will recall 1.79 million vehicles worldwide in four separate campaigns including some that have been linked to the danger of fires. Reuters reports that the recalls cover about 1.4 million vehicles in the United States. The Japanese automaker said one of the recalls covers 268,000 2002-2006 model year CR-V vehicles in the United States to replace power window master switches. Honda said there had been no reported injuries, but 16 fires reported related to this particular issue.

The automaker had conducted a recall in 2012 of the power window master switches. The new recall is in response to moisture-related failures of switches repaired under the previous campaign. Honda is also recalling about 735,000 U.S. 2018-2020 Accord, Accord Hybrid and 2019-2020 Insight vehicles to update the Body Control Module software.

In these vehicles, a programming defect could potentially disrupt communication causing several warning lights to turn on and the electronic components to malfunction. These components may include the rear view camera display, turn signals and even windshield wipers. Two other recalls cover about 430,000 U.S. vehicles in 22 states and the District of Columbia with significant road salt use to inspect and potentially replace front drive shafts. Both are in response to possible breakage of drive shafts because of corrosion. No injuries or fatalities have been reported in connection with any of these recalls, the company said. Honda has also said that repair parts are not available for all vehicles involved in the drive shaft recalls.

While Honda has reported that they have not heard of any injuries or fatalities as a result of these auto defects, it is important to remember that these are dangerous vehicle defects that have the potential to result in major injuries or even deaths. If you or a loved one has been injured in a car accident or in an incident involving vehicle defects or a recalled vehicle, you may be able to file a lawsuit against the automaker seeking compensation for damages such as medical expenses, lost income, hospitalization, cost of rehabilitation, pain and suffering and emotional distress.

If you have lost a loved one as the result of auto defects, you may be able to file a wrongful death lawsuit seeking compensation for damages as well. An experienced auto defect lawyer will be able to help you better understand your legal rights and options.