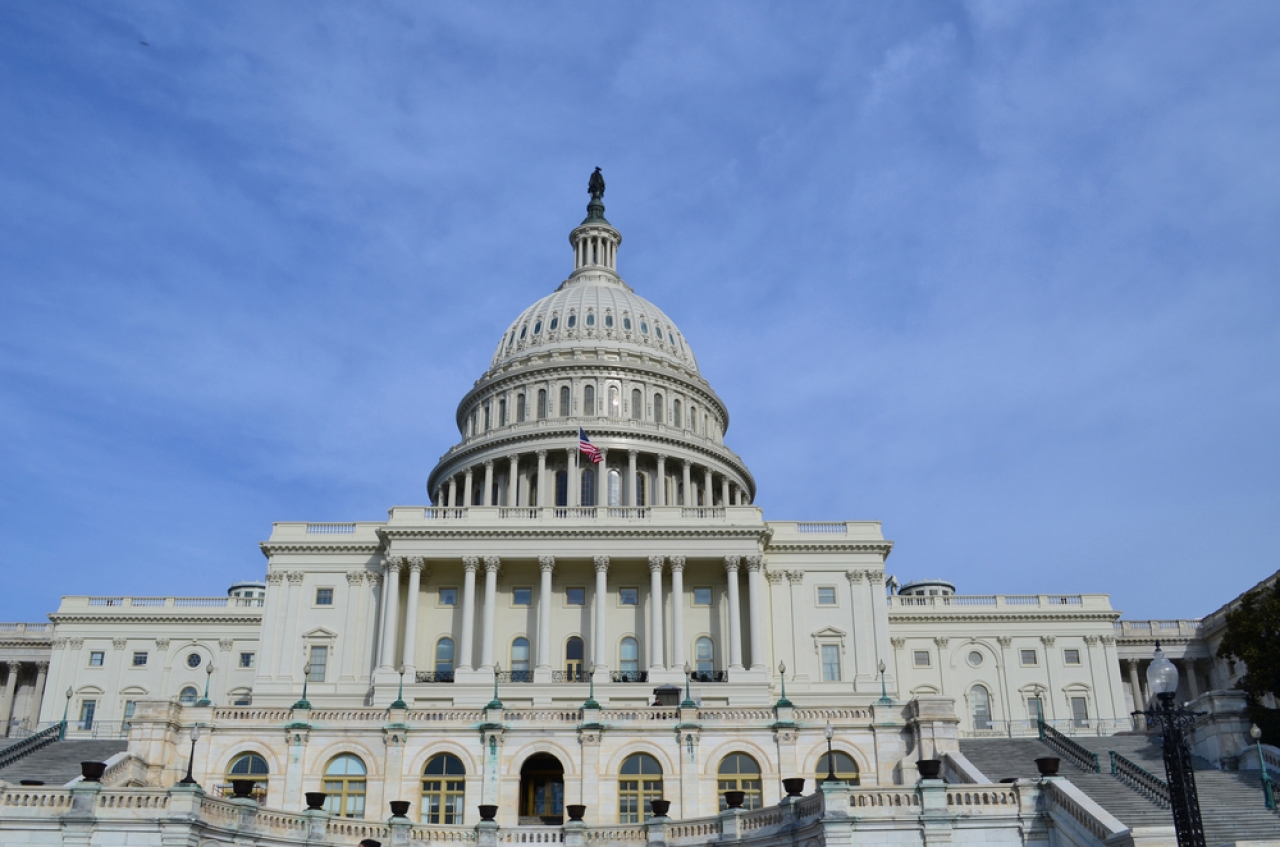 The widow of an officer who died by suicide after responding to the Jan. 6 attack on the Capitol is pressing Congress to pass legislation recognizing the trauma suffered by law enforcement officers who take their own lives, which she told CBS News would be a fitting legacy for her husband.

Four officers who responded on Jan. 6 died by suicide within seven months of the attack.

Earlier this month, Erin Smith received an email from Washington, D.C., with the result she had spent more than a year fighting for. The city had ruled that her husband's suicide — nine days after Jan. 6, 2021 — was caused by injuries sustained in battling the rioters, and as such, his death wasfound to have occurred in the line of duty.

She believes that the District was initially reluctant to grant the line-of-duty designation, because "with a suicide comes a stigma and something that the police department doesn't want to face or recognize."

Jeff's suicide was just the beginning of Erin's loss. Like most jurisdictions, Washington, D.C., did not consider any suicide a death in the line of duty. As a result, when Jeff died, Erin lost her health insurance and much of the family's income.  Neither the department nor the city sent a note at the time to Erin or offered any recognition of her husband's efforts on Jan. 6.

"It's hurtful and it's sad that they can't even reach out to the widow of one of their own officers," Erin said. The D.C. Police Department and the mayor's office declined to comment.

Body camera footage obtained by CBS News appears to show that Jeff Smith was the target of multiple assaults on Jan. 6, at least once inside the Capitol and then again a few hours later — outside at the west front of the Capitol. The images of the attack were pivotal to Erin's efforts to change the designation of her husband's death. "I think the physical attack on him changed him," said Erin, who petitioned  D.C. to consider the possibility that Jeff had suffered a brain injury during the attack. "If he didn't go to work that day, he'd still be here."

The line-of-duty designation Erin was able to secure carries both a practical and symbolic significance, allowing her to claim financial benefits and ceremonial honors for her husband, like those accorded to Capitol Police officer Brian Sicknick, who lay in state after he suffered fatal strokes following Jan. 6 and will have his name etched into the National Law Enforcement Memorial in D.C.

Senator John Cornyn, Republican of Texas, says he hopes the ruling in Jeff's case lays down a marker for three other officers who took their own lives after responding to Jan. 6.

Along with Senator Tammy Duckworth, Democrat of Illinois, Cornyn has introduced federal legislation that would allow for line-of-duty death benefits when police officers take their own lives. Jeff is one of more than 750 law enforcement officers nationwide to die by suicide since 2017.

"The military has made this pivot, understanding that an injury to the brain, to the psyche, is just as important as an injury to the body," Duckworth said. She called Erin "a hero" for fighting for her husband's line-of-duty death designation.

Erin said being a police officer was her husband's calling and believes he would be proud of the attention she is bringing to the issue.

"I'm fighting for my husband but I'm also fighting for everyone else who has gone through this as well," Erin said. "And it deserves the recognition."

A 12-year veteran of the D.C. Metropolitan Police Department, officer Jeff Smith had no idea what awaited him when he and his riot unit raced to the Capitol on Jan. 6.

"They were just told, 'Get to the Capitol,'" said Erin. It was likely, she said, that Jeff hadn't been to the Capitol since he was 10 years old and didn't know his way around.  The building and its grounds are within the jurisdiction of the Capitol Police, a federal agency. Jeff's body camera footage reveals he arrived at the Capitol as rioter Ashli Babbitt was shot and killed while trying to breach a smashed window near the floor of the House of Representatives.

"They were in the hallway, and the first thing that he could remember hearing was, 'shots fired,'" Erin said. She told CBS News she hasn't been able to bring herself to watch the body camera video yet. "He characterized Jan. 6 as the worst day of his life," she said.

After hours fighting off the mob, Jeff returned home in the early morning with a black eye, and in an even darker mood, Erin recalled.

"I went to sleep, and the next day, his demeanor changed," she said. "He was never the same. He didn't want to talk. He was pacing at night and during the day."

Before the attack, Jeff was a "jokester" who loved being around people almost as much as he loved his dog, Erin said. And she said he had no history of depression or mental health issues. After Jan. 6, the jokes stopped, his dancing around the house stopped, and he even refused to walk the dog, Erin said. One night, she woke up to find him crying in bed, unsure what was going on.

"I tried to console him, tell him everything was gonna be okay," she told CBS News. "I just told him I loved him and that we'll get through whatever this is."

Following the attack, on the night of Jan. 6, Jeff went to the police department's medical clinic to report that he had suffered a blow to the head. The doctor's notes from the appointment, which were reviewed by CBS News, show he was instructed to take ibuprofen and rest.

Jeff returned to the clinic on Jan. 14; a doctor told him to continue to take Motrin for the physical pain, but he was cleared to return to work. The notes do not show whether he was asked about his mental health.

In the months after Jeff's death, Erin decided to fight the D.C. government on its decision to deny her line-of-duty benefits. In July, she and her attorney, David Weber, submitted a formal petition with the Washington, D.C. Police and Firefighters' Retirement and Relief Board.

"From the beginning, it was fairly apparent that this was not an ordinary suicide," Weber said. "And they did not conduct the appropriate investigation that we would expect to be conducted of somebody who had just been through this traumatic incident."

Weber said the burden fell to Erin to make the case that the events of Jan. 6 caused Jeff's death and pointed to two instances in which she says Jeff's body camera provided the necessary proof.

The first occurred inside the Capitol halls shortly after Babbitt was shot and killed. Weber contends the video shows a man in a maroon and white motorcycle jacket – later identified as a D.C.-based chiropractor named David Kaufman – allegedly ripping Jeff's baton away. Erin, who has filed a wrongful death suit against Kaufman, says the video shows the man struck Jeff causing him to fall backwards.

"The civil suit is extremely unfortunate, given that Dr. Kaufman did not strike officer Smith at any time as evidenced by every bit of video that has been referenced by the plaintiff [in the lawsuit]," Kaufman's attorney said in a statement.

The second instance occurs hours later, outside the Capitol, when a metal pole was thrown javelin-style from the crowd, hitting Jeff directly in the face. His body camera shows him retreat to a stairwell, where he encounters another officer who asks if he's hurt.

"Yeah probably," Jeff said to the other officer. "A f***ing metal pole, like a metal pole, went bam! Right in my face."

Using the video, and Erin's account of Jeff's irregular behavior following Jan. 6, they were able to argue that Jeff had suffered a traumatic brain injury that led to his suicide nine days later.

"He did not have the mental capacity or intent to take his life," said Weber.

At first, it appeared that the District viewed her petition with skepticism. In a December response to her petition, the police department wrote that it "cannot reasonably opine" whether the physical or psychological injuries Jeff suffered on Jan. 6 caused his death, and "to do so would be pure speculation."

However, in March, the retirement board, which, like the police department, is operated by the Washington, D.C. government, sided with Erin, acknowledging Jeff's death had taken place in the line of duty.

"We find that Officer Smith sustained a personal injury on January 6, 2021, while performing his duties and that his injury was the sole and direct cause of his death," the board wrote in a letter.

Erin said she hopes the decision will prompt federal prosecutors to charge Jeff's alleged assailants, including Kaufman, who have not been prosecuted.

"This wasn't only an attack on Jeff, but an attack on every police officer," she said. Addressing the civil suit, Kaufman's attorney told CBS News in the statement, "We anticipate that once the facts, as opposed to the baseless allegations, come to light, Dr. Kaufman will be exonerated."

"It shouldn't be swept to the side, pushed under the rug, and ignored," Erin said. "These are human beings that gave their lives to law enforcement — no matter how they died."