Driving Distractions You Should Avoid | insurethebox 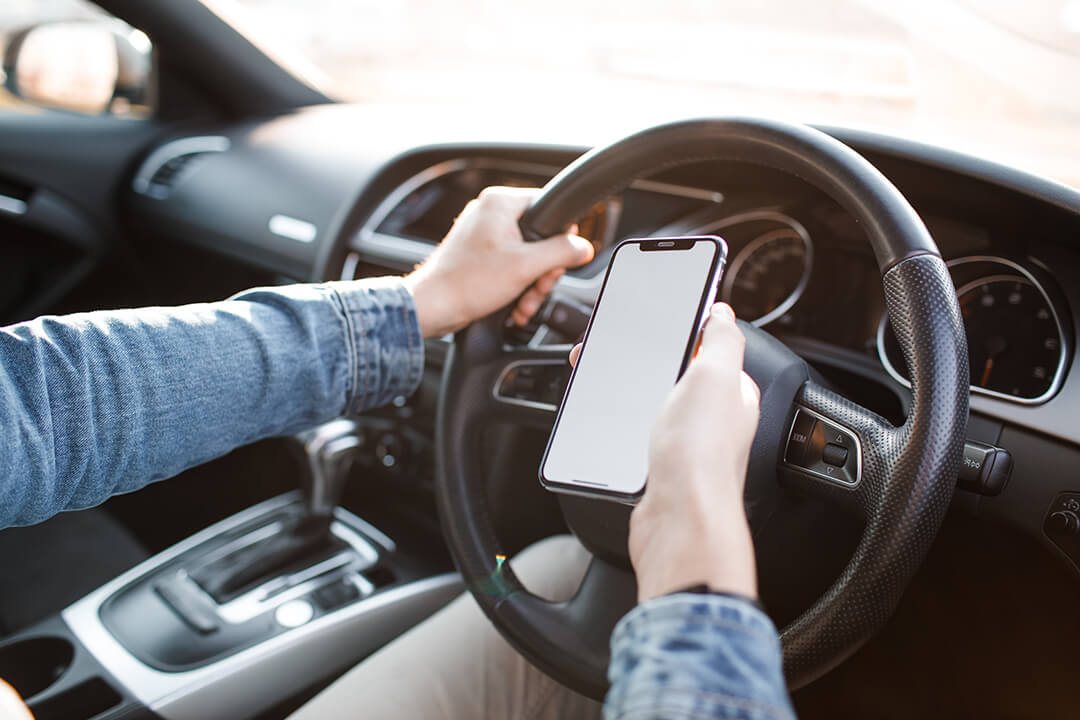 According to Compare the Market, 3% ofroad traffic accidents in the UKare a result of distractions in the car but further 39% are due to the driver failing to look properly.

It’s difficult to measure the cause of accidents when it comes to in-car distractions but the era of smartphones has shed light on driver distraction overall. And studies have shown that 17-29-year-old drivers, as well as drivers over 65, have a muchhigher risk of road accidents because of distracted driving.

Read on for the most common driving distractions that you might think are easy to get away with – but will put in you a dangerous situation, or breaking the law.

Not just behind the wheel but also as at work, during dinner, as a pedestrian and most moments of the day, smartphones are without a doubt one of the biggest distractions for us daily.

It should be common sense that using your mobile phone when driving is dangerous. Drivers who usemobile phones when drivingare 4 times more likely to have a car accident.

Using your mobile phone whilst behind the wheel is also illegal. You can get 6 penalty points and a £200 fine, or lose your licence. This applies to even checking your phone when you’re waiting at the traffic lights – a handheld device is only allowed if you’re safely parked or need to call the emergency services.

The law says you’re allowed to use hands-free devices when driving but even this is controversial. Just imagine having an intense conversation with a friend whilst driving – it’s still a major distraction.

Using a hands-free device when driving has even been said to cause thesame level of distraction as being at the drink-driving limit. Make your glove box your phone box!

It’s not just peer pressure to drive a certain way that can be dangerous – having many passengers in the car, being loud or moving around, can be very distracting to the driver. Especially, if you’re the designated driver on a night out.

According to Brake, teenage drivers are6 more times more likely to have a serious car accident if there is loud conversation in the car. You can’t, of course, avoid having passengers in your car but it’s OK to ask your friends to be more quiet in the back – it really is!

Your focus behind the wheel should be important to everyone in the car.

In a survey by Brake and Direct Linea third of drivers admitted to eating behind the wheeland 1 in 10 had a near-miss due to being distracted.

It might seem like a quick solution to have something to eat on your way somewhere but none of us really have the multi-tasking skills it takes to unwrap a burger whilst driving.

There’s no law against eating when you drive but the chain of events after being distracted by it could be just as disastrous as if you were using your phone. Though, dehydration can also cause loss of focus, especially on long journeys, so do keep water with you; just use a cup holder.

Many of us love to listen to music when driving but similarly to loud passengers, auditory distractions are dangerous too. Some studies actually show thatupbeat music increases driver error, so it might be down to the genre you like to listen to. A fast beat could make you speed up subconsciously.

The manual distraction of changing radio channels or switching playlist should also be avoided. It might be worth creating a playlist for driving, something relatively calm, that you can set up before taking off.

Whether it’s eating or drinking, having a conversation with your friend, putting on make-up or enjoying the music, driving isn’t the right moment for any type of multi-tasking. There won’t be enough time to react if you take your eyes off the road.