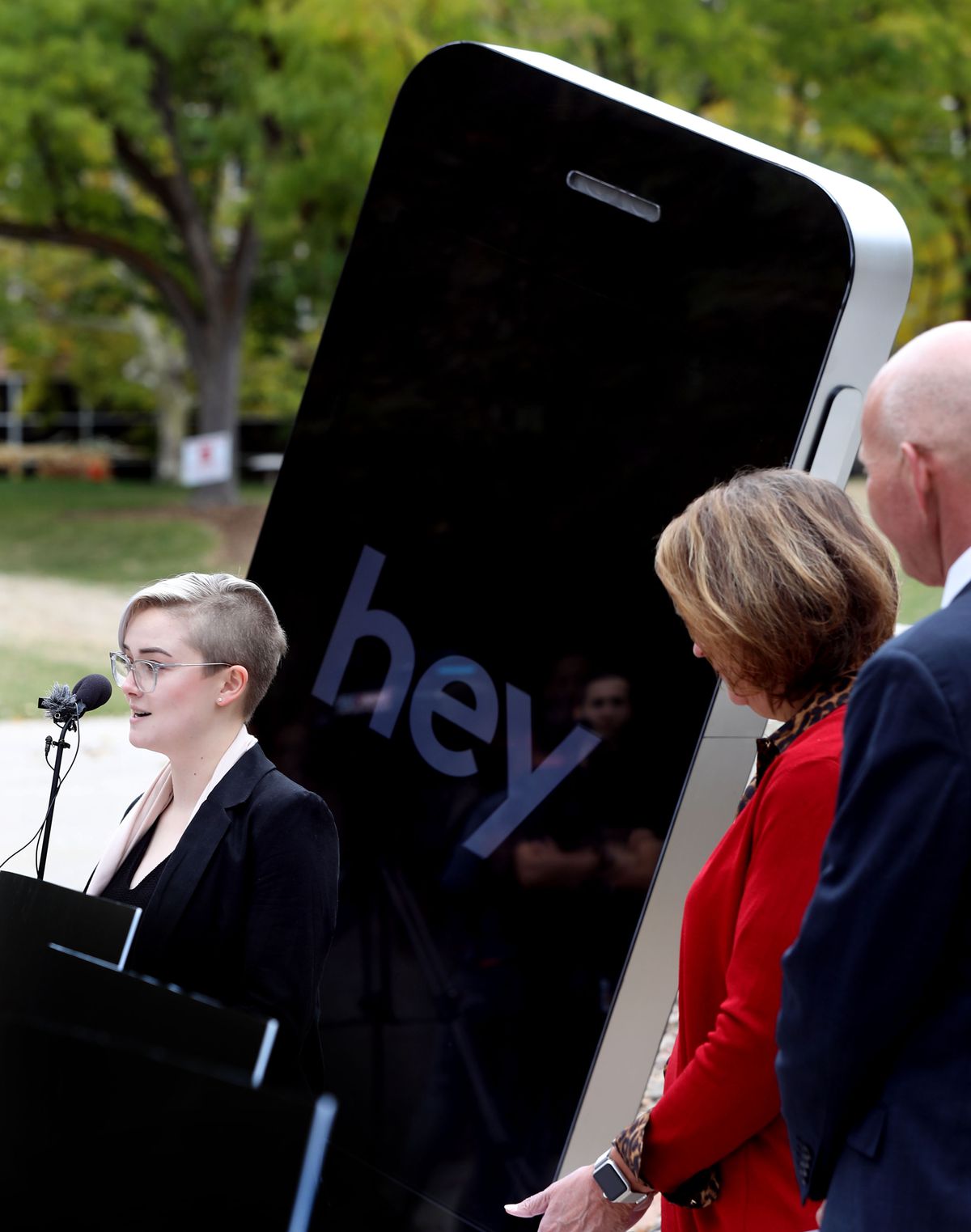 In an effort to strategically reach students, U. students, the Utah Department of Transportation, and Zero Fatalities have launched the “You drive, I’ll text” campaign, along with an eye-catching display on campus, to get students to put the phone away when they drive. The campaign is also directed at passengers, urging them to speak up and stop drivers from using mobile devices while driving.

The attraction features a giant 8-foot cellphone with a digital display that flashes different notes about safety. One of the messages reads, “Glancing at an image — 1.3 seconds. Dying in a car crash — 6 seconds. We’re in college, do the math.”

“I’m really encouraged that the students here at the University of Utah are working here to develop the messages for their fellow students, their peers, to help them understand the importance of driving and the importance of not being distracted when they drive,” Braceras said.

Safety during commuting is vital, U. President Ruth Watkins said, noting that each day thousands of university students, staff, faculty and community members commute to and from the campus.

“As we think about the ways that cell phones distract us, whether we’re talking on them or texting on them or posting on them, we want to be part of being a safer University of Utah,” she said.

For U. student Kyra Ott, placing the display at a heavily trafficked area outside the A. Ray Olpin University Union building was the best way for it to gain the most visibility from the student body. She said the display will be there for the rest of the school year.

“They figured who better to talk to students than other students,” she said. “We grew up watching advertising campaigns warning us about the dangers of distracted driving and texting in particular. So we’ve heard this all before.”

She said members of the student ad agency were challenged to find a new approach to talk about the same topic. After weeks of brainstorming, the students decided it was best to address passengers instead of just drivers.

As she worked on the project, Ott said her own driving behaviors changed.

U. students Sam Groves and Zac Fox were also part of the student-oriented team that helped create the campaign.

Prior to working on the project, Groves said he used to scroll through Spotify playlists on his phone while driving, thinking it wasn’t as harmful as texting.

“It’s one of those things that I didn't think was wrong in the first place. It definitely has changed my behavior for the better and has made me more aware of other people that are in the car with me and their behaviors,” he said.

In addition to texting, Fox said the students found that people used their phones while driving to glance at social media notifications or to change music.

In Utah, from January to June 30, there were seven reported fatalities due to distracted driving, according to Kristen Hoschouer, safety outreach administrator for UDOT.