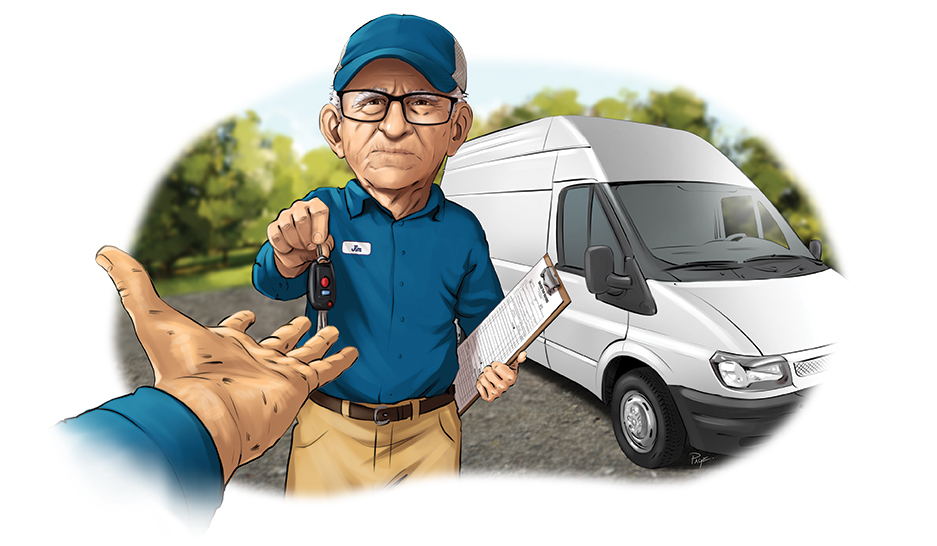 Efforts to promote safe driving often focuses on avoiding distraction and staying sober when behind the wheel. Rightly so, as they are among the key causes of road accidents that are otherwise entirely preventable. But there is one other factor that can impair a person’s ability to drive: aging. Age-related physical and mental changes may affect the driving ability of older workers and put them at a greater risk of dying in the event of a motor vehicle crash. People aged 70 and older are more likely to crash than any other age group besides drivers age 25 and younger, according to 2010 statistics from the Insurance Institute for Highway Safety in Virginia. Drivers aged 55 and older have twice the risk of dying in a work-related crash than younger workers do, states 2011-2013 data from the United States’ Bureau of Labor Statistics Census of Fatal Occupational Injuries.

As longer lifespans push senior workers to continue working later into their twilight years, both employers and older employees who drive to work, or need to operate a vehicle as part of their jobs, have a responsibility to ensure the safety of senior employees behind the wheel.

There are roughly 2.7 million drivers over the age of 65 on Canadian roads today. By 2040, there will be almost double the number of older drivers in Canada, according to the Canadian Association of Occupational Therapists (CAOT) in Nepean, Ontario. Age alone does not determine a person’s ability to remain a safe driver, but it can certainly affect an individual’s cognitive and physical abilities. The following are some activities that could be made more challenging for drivers who are currently getting on in years:

According to Canada Safety Council, headquartered in Ottawa, the main factors behind collisions involving older drivers are slow response, not seeing a sign, car, or pedestrian and interaction with other drivers. Medications can also make a driver more susceptible to any of these factors. Canadians over 65 years old take an average of nine medications daily, including prescription, over-the-counter and herbal blends, according to the 1990 report Prescriptions for Health: Report of the Pharmaceutical Inquiry of Ontario, (The Lowy Commission Report), Toronto. The side effects of medications can include drowsiness, impaired motor function and confusion. Seniors who take painkillers containing codeine or propoxyphene may experience sedation and mild impairment. Even over-the-counter drugs like antihistamines can reduce driving ability through drowsiness and poor concentration.

Some age-related warning signs of unsafe driving that one can look out for include the following: losing one’s way more frequently; having less confidence in your driving skills; other drivers honking at you; missing stop signs or traffic lights; confusing gas and brake pedals; having problems with lane changes or merging; getting into minor accidents or traffic tickets; and family and friends refusing to get in the car with you.

If these warning signs reflect your situation, it may be time to change your driving strategies, have your driving evaluated or consider driving retirement — a time when you no longer feel safe to drive or you may be told that you can no longer drive.

We can’t prevent aging, but both employers and the aging worker can take specific steps to reduce their road risks and prevent vehicular accidents, says the United States’ federal agency The Centers for Disease Control and Prevention (CDC) in Atlanta. Employers can set and enforce comprehensive safety policies on motor-vehicle driving. Such a plan will manage travel among senior employees by considering factors that include whether the work can be done without driving, reducing the amount of driving mature workers do, setting work schedules that allow workers to obey speed limits and following rules such as hours-of-service regulations and banning texting or answering calls while driving. Encourage drivers to consult with their supervisors to adjust driving hours if they have trouble seeing at night or when the weather is bad, and allow drivers to decide the route and travel schedule ahead of time.

If the situation calls for it, assess an employee’s driving ability and restrict driving based on assessment of actual driving ability, rather than general health status or an arbitrary age limit. Make every effort to assign job duties that do not require driving if a worker’s ability to drive is affected temporarily or permanently.

For mature workers, sometimes the biggest impediment to safe driving is not the effects of aging on their driving ability, but coming to terms with the fact that their age is starting to have a bearing on their ability to drive. Acknowledging that one is getting on in years is the first step. Once that has been achieved, taking steps to stay safe while driving for work is the is just a matter of taking the following actions recommended by HealthLink BC:

CDC also recommends using a driving self-assessment tool to evaluate your driving and talking with your supervisor if you havedifficulty with driving, as you may need to change your driving habits.