Why 5G is a crucial technology for autonomous vehicles | ZDNet 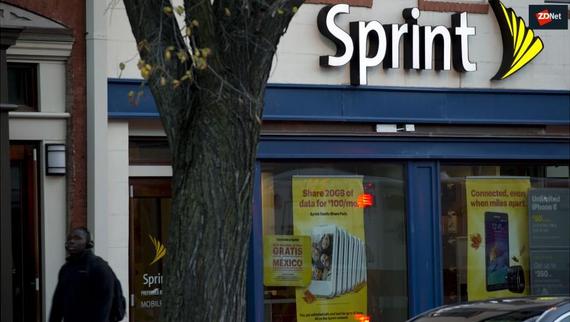 Autonomous vehicles could dramatically improve safety, in a future where self-driving cars are ubiquitous. Getting to that point, however, requires extensive investments in the development of machine learning models for interpreting traffic, and infrastructure for low-latency wireless networks.

As 5G mobile networks are still in the early stages of deployment, the potential for 5G-connected driverless cars is still several years away. As carriers are investing billions into 5G networks, research into autonomous driving is accelerating to Autobahn-level speeds.

There are several approaches -- or potentially, outcomes -- that are possible with autonomous vehicles. Vehicle-to-vehicle (V2V) communication, as the name implies, connects cars to each other for sharing data about route and speed.

"There's obviously a big upside of being connected to everybody else on the road, because then the cars become aware of their surroundings," said Andras Somkuti, president of Docler Holding, a company that has investments in autonomous driving technology. "If you want to take this to the extreme, maybe traffic lights won't be required in the future. If everybody knows where everybody is. If they communicate flawlessly with zero latency, then you could dream up a world where no traffic lights are required."

Conversely, vehicle-to-everything (V2X) communication allows for wider communication possibilities, allowing for automated communication with parking meters, parking garages, and various types of 'street furniture', potentially allowing for street lights to be switched off if no drivers are on a given road, for example. Building these integrations not only requires technology to be integrated into vehicles, it also requires a substantive rethink of how public infrastructure is built -- including street furniture, traffic lights, and potentially roads themselves.

Widespread availability of 5G networks is an absolute necessity for a 5G-enabled autonomous vehicle deployment. Electric automaker Tesla currently offers semi-autonomous driving capabilities, although this only utilizes networks as a secondary means of communication.

"If we do have autonomous cars that depend on a 5G network, what happens if they go out of coverage? Does the autonomous driving stop?," asks Dimitris Mavrakis, 5G research director at ABI Research.

"The problem with these use cases is that they really need a nationwide deployment everywhere," Mavrakis continued. "So, 5G everywhere to build a critical mass of coverage that can enable these use cases. At the moment, the business case for that is not justified. There's also a chicken-and-egg problem: car manufacturers will not start developing this before there is nationwide 5G, and carriers will not deploy nationwide because there is no demand for it yet. Most enterprise 5G use cases focus on local area, things like factory floors or campus networks. For nationwide networks…[they] rely on 4G."

Because of the difficulties 5G mmWave connectivity presents for autonomous driving, the distance possible for drivers to go is relatively limited, measured in hundreds of meters, at best, with turns further complicating connectivity. Seamless handover across 5G towers would be necessary for 5G autonomous cars to be viable.

"If you look at all car manufacturers, they're not thinking of relying on 5G, let alone millimeter-wave 5G. If you were telling me that infotainment in the car could rely on millimeter wave, then I could say 'yes'," said Mavrakis. "For a critical application like autonomous driving, I would say 'no'. Why would a car manufacturer put this system in their car -- which is expensive, by the way --  when there's only marginal coverage on the street?"

Theoretically, a mesh networking system of connected cars, with an absolute understanding of what action and in what sequence actions will be performed, would be much safer than human drivers. However, ideal situations are rarely true ones: the presence of external factors, such as passengers and inclement weather, can disrupt this self-driving utopia.

For regulation, "that's still an open question, and there might be different answers to this depending on…which country you look at," Somkuti said. "I hope it's the government. There's going to be a lot of debate about the regulatory aspects of this. It will come down to the basic public safety issues."

European regulators are drafting guidelines for artificial intelligence, generally, although regulation specific to the context of driverless cars may be necessary, according to a report from the European Parliament published in January 2019.

Regulation is an inevitability for these situations, particularly when artificial intelligence (AI) is involved. While governments are the natural enforcers of regulation, the question quickly becomes which government, given the confluence of global trade and international travel. Consider the classic trolley problem, as an overused (yet useful) means of framing the issue. German car manufacturer Mercedes-Benz plans to implement self-driving technology to prioritize the life of the driver over passengers, when presented with such a circumstance.

"The philosophical underpinnings of the German state have a heavier weight or burden or care for the individual. If you cross the border into Belgium, for instance, their care is really about society as a whole," said Steven Tiell, senior principal for responsible innovation at Accenture Labs, in a TechRepublic article about ethical questions in AI published in October. "You might get to a point where, when you cross a border in an autonomous car, it makes a different decision because the customs on one side say 'save the driver' and customs on the other side say 'protect the most number of people.' If you're developing technology based on a mindset in one region or country and that's being exported elsewhere, you really do need some kind of control or feedback loops so that it's appropriately applied within that country."

What is 5G? The business guide to next-generation wireless technology

How China, Brexit, and the US derailed global 5G wireless