Highway Safety 101: Don’t get lulled over 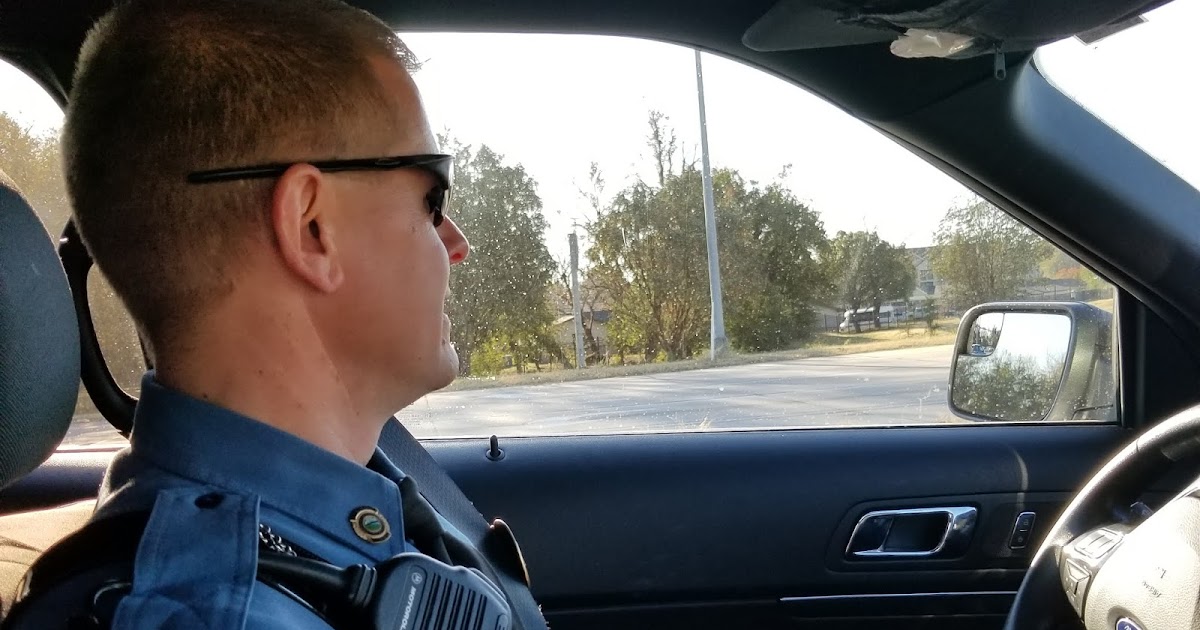 Southcentral Kansas
Public Affairs Manager
I’m belted comfortably into the passenger seat of a gleaming, heavily equipped Kansas Highway Patrol SUV. It’s one of those sun-drenched fall days when a driver can see for miles. It’s a perfect time for traveling, on highways engineered for ease and safety.
The person driving me around the Wichita area in a 2018 Ford Interceptor Utility is an expert driver -- Technical Trooper Chad Crittenden. He’s been patrolling state highways as a trooper for more than 16 years. He teaches defensive driving.
Yet, even on days like these, people still die or get maimed on Kansas highways.
Why?
“Complacency,” Crittenden says without hesitating. Complacency is a dominating factor in car crashes that he responds to in the Wichita metro area.
By complacency, he means the situation where a driver gets lulled into a false sense of security. They’ve never been in a bad accident. They assume the driver on the side road will not suddenly pull out in front of them. To compound the risks, they might not wear a seat belt. They might drive while on their cell phone, chatting, texting or fidgeting with the radio or comfort controls. So far, the multitasking has led to nothing tragic. So they keep doing it, eyes and brain diverted as they cruise at 60, 70, 75 …
“We’re not as focused as we possibly should be,” Crittenden says. “You have to be looking here and there,” he says, his eyes scanning back and forth as he motors west on K-254 past a side road. It’s the same spot where two vehicles collided with fatal consequences a few months back.
According to Kansas traffic statistics, the by-far biggest single factor in crashes during 2017 was inattention.
That same year, most accidents occurred during daylight hours, 63 percent; in good weather conditions, 88 percent; with dry pavement, 87 percent; and where the road was straight and level, 77 percent.
To Crittenden, winning the game of safe driving starts with a mindset, a discipline – to always be prepared to survive when the unexpected happens. It includes practicing the most basic death-defying thing that people keep ignoring – wearing a seat belt.
How does he enforce safe habits?
From his driver seat near I-235 and Central, he zeros in on a small, white Nissan sedan because he can see that the woman driving it is not wearing her seat belt. She quickly pulls over after he activates his flashing lights, and he will issue a ticket for not wearing a seat belt but only warn her for not signaling a lane change.
When he tells her why he stopped her, she says about the seat belt, “I just left class. I think I forgot. … I remembered it when I saw your lights, though.”
He suggests that she stick a note on her dash to remind herself to buckle up. “Yeah, I guess,” she good-naturedly replies. “Please wear your seat belt,” he responds. “OK,” she says. “Thank you.”
Not all drivers react so politely. “Don’t you have anything better to do?” the rude ones say. Some still contend it’s their “right” not to wear a seat belt.
Technical Trooper Chad Crittenden stops a driver along I-135 for an expired license tag. For his safety with passing traffic, he stands to the passenger side of the vehicle while talking to the driver.
In teaching safety, Crittenden urges his defensive-driving students to avoid the situation that often causes aggressive driving: leaving late and giving in to the urge to drive too fast and on edge. So he reminds his students to leave early and avoid the aggression and stress.
It comes down to this, he says: Patience saves lives. It translates to not speeding around every car, maybe waiting a second or two longer and passing safely, under control.
When he exits onto a ramp, for example, he checks his mirror to make sure someone isn’t closing in on him too quickly. He’s alert to the potential danger of impatient drivers.
And then it happens: Minutes after he talks about the importance of staying patient, while driving east on K-96 approaching Rock Road, he notices a car right behind his marked patrol unit.
The driver “is in a hurry,” he says. “She’s going to tailgate a trooper,” he exclaims, before she veers off onto the exit ramp to Rock, seemingly oblivious to or unfazed by the traffic safety enforcer in front of her.
She was lucky this time.
Another thing that should be part of the mindset, part of preparation for driving: Getting enough sleep. Crittenden views a drowsy driver as being just as dangerous as a drunken driver. The only difference is the legality.
So while teaching his defensive-driving classes, he asks his students how many of them got eight hours of sleep the night before.
Only a few raise their hands.
Posted by Admin at