After the first failed attempt, Alabama pushes to be a hands-free driving state again 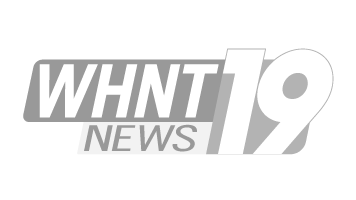 HUNTSVILLE, Ala. - Hopes of making Alabama a hands-free state died in May when a House bill died in the State Senate. State lawmakers don't meet again until February, but there's already a push to get a hands-free bill through next session.

A hands-free law would make it illegal to hold any device while driving in Alabama. Police departments and other grassroots organizations want it to be illegal for drivers to watch or record video, take pictures, or even physically hold a wireless device like a cell phone while behind the wheel.

"I spent about 16 days in the hospital," said David Little. He survived a distracted driving crash.

"It was simply a matter of a few seconds that he picked up his cell phone and he crossed over a two-lane road," said Sherry Jolly. She lost her 24-year-old son.

These are stories about how distracted driving affected their lives, like a teenager under the influence, speeding, and Skyping - crossed two lanes and hit Suzetta Kendall's husband on a motorcycle.

"The sad part was my son and I passed that accident not knowing that was my husband and that was his father," said Kendall.

Texting and driving is already illegal in Alabama. Now backers of a new bill want the state to go hands-free.

Data shows when hands-free laws are passed, drivers are typing and swiping significantly less -- which results in fewer crashes and more lives saved.

When Alabama lawmakers head to Montgomery in the new legislative session, police, HEMSI, and other groups want them take up a hands-free bill.

"It seems like yesterday," said Kendall. "I have to pass that spot every time I go to work, I pass his cross."

Twenty states have a hands free law in effect. Massachusetts could be the 21st state in just a few weeks. The state of Alabama aims to get on that list as soon as possible.