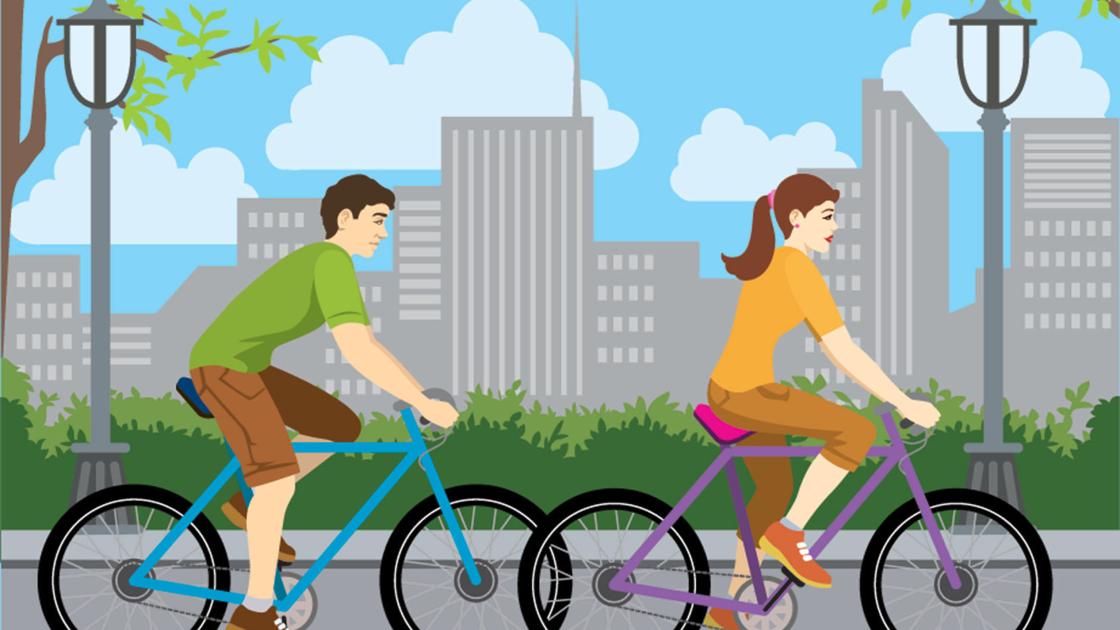 State puts campaign on road safety into action
COURTESY VERMONT DEPARTMENT OF HEALTH
13 hrs ago
Save
BURLINGTON – The Vermont Department of Health has launched a new campaign designed to reverse a growing trend in pedestrian and bicyclist deaths on Vermont roadways.
New data released from the National Highway Traffic Safety Administration (NHTSA) show that despite an overall decrease in fatal vehicular crashes, the number of people killed while walking and biking has increased – a trend that Vermont health and transportation officials want thrown into reverse.
About 6,300 pedestrians were killed in the U.S. during 2018 while walking – the highest number since 1990. In Vermont, nine pedestrians were struck and killed while walking along roads in 2017, and 133 pedestrians and 179 bicyclists were hospitalized or went to an emergency department after a crash involving a vehicle.
“Factors such as speed, inattention and impairment among drivers can be fatal for pedestrians and cyclists,” Megan Rigoni, pedestrian safety coordinator with the Vermont Department of Health, said. The actual number of injuries is likely higher, as near misses and crashes where people do not seek medical care are not captured in the data.
Vermonters see walking and biking as healthy ways to get around, and some people rely on them as their only form of transportation. Yet nearly 10 percent of adults said they felt their community was not at all safe, or only slightly safe, for walking.
To help bend the curve, the Health Department and Agency of Transportation launched Watch for Me-VT, a public outreach campaign designed to raise awareness of road safety issues, and to promote multidisciplinary partnerships that assist communities in developing policies and infrastructure changes that support road user safety.
Road safety can be improved through a combination of factors, including design and engineering. Under the state’s Complete Streets policy, municipalities must consider the needs of all roadway users.
Community design that promotes road user safety, and programs, such as Safe Routes to School, helps reduce the number of injuries. These efforts also improve public health through increased physical activity and reduced environmental impacts. In addition, communities can enjoy the economic benefits of being great places to visit, live, work and raise a family.
Drivers are urged to take steps to protect themselves and others on the road. A key factor is reducing vehicle speed. “As drivers, we often forget we are behind the wheel of a massive machine that in an instant can become a deadly weapon,” said Rigoni. “A person driving at a slower speed has more time to react, and a crash is less likely to result in serious injury or death.”
Rigoni said that everyone should take steps to protect themselves, especially young people. “Nearly a third of middle school students report rarely or never wearing a bike helmet,” said Rigoni. “Head injuries are life-altering. Make sure your kids wear a helmet,” Rigoni said, encouraging adults to set the example and model best safety practices.Tips for Drivers:
Slow down. Reduced speed can save a life.
Stay alert and share the road. Take breaks as needed. Practice patience.
Avoid distracted driving. Never text and drive.
Never drive under the influence of alcohol or drugs. Just don’t.
Tips for Pedestrians and Bikers:
Be bright at night. People riding bikes are required to have lights. Use reflective gear — stick reflective tape on your shoes, jacket, backpack or walker, and use a flashlight when walking outside in the dark.
Be predictable. Make eye contact to signal to drivers your intent to cross the street. Use hand signals if you are biking.
Dress to protect. Wear your bike helmet. Walkers should wear shoes with good traction to prevent falls, especially on icy ground.
Walk on sidewalks or facing traffic if there are none.
Bike with the flow of traffic. Use and promote bike lanes.