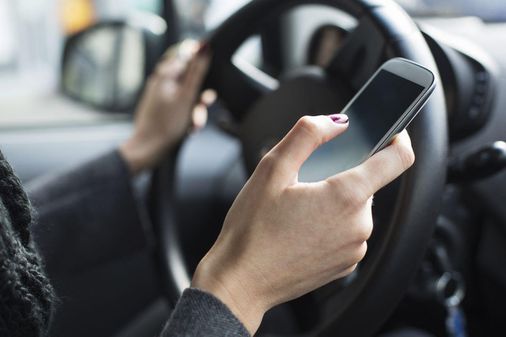 Governor Charlie Baker on Monday signed a bill into law that would ban drivers from using hand-held devices like cell phones.

“This legislation will substantially reduce distracted driving and hold operators accountable when they are looking at an electronic device instead of looking at the road ahead,” Baker said in a statement.

The measure, which had languished in the state Legislature for years, was sent to the governor’s desk this past Wednesday after it finally passed in the House and the Senate.

Here’s a look at how the new law affects you.

When will it take effect?

The law goes into effect 90 days after being signed into law, which puts the start date at Feb. 23.

However, there will be a grace period through March 31, meaning drivers will get a warning for their first violation until April 1, according to the law.

What does it say drivers can and can’t do?

In essence, car drivers and bicyclists aren’t allowed to use electronic devices such as phones while driving unless using a hands-free mode. For example, if you’re calling someone from the driver’s seat, make sure you can do it without holding the phone. Hands-free devices using technologies such as Bluetooth are permitted. The law also allows for a “single tap or swipe” to activate or deactivate the hands-free mode.

Drivers also cannot read text messages or look at pictures or videos, unless they are viewing something that helps with navigation and the device is mounted in an appropriate location, such as the car’s windshield, dashboard, or center console.

Using a phone is allowed in response to emergencies including a need for medical attention, a request for emergency intervention from the police or fire department, and to report an accident or a disabled vehicle.

The law does not apply to first responders who are on duty and driving emergency service vehicles.

Drivers can use their phones if they are stationary and not in active lanes of travel, Baker’s office said.

If I get pulled over, what will happen?

Once the grace period ends April 1, the first offense will result in a $100 fine. However, repeat offenders can expect to pony up $250 for the second violation, and $500 for the third and each subsequent offense.

Although the first two violations will not affect drivers’ insurance rates, a third infraction or anything beyond that will count as surchargeable incidents.

Anyone with more than one infraction will have to complete a program focused on distracted driving prevention.

Matt Stout of the Globe staff contributed to this report.