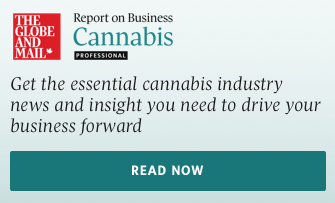 A safety initiative that saw municipal officials distribute arm bands to seniors in Toronto over the weekend sparked a public outcry, but a national safety organization says pedestrians should take steps to make themselves more visible.

The Canada Safety Council, which was not involved in the event, says every other form of transportation in Canada has requirements for lights or reflectors, which has helped drive down fatal collisions over time.

“Pedestrians are the only things that are circulating out there to which there’s no requirement to have any kind of reflectors or lights or anything like that, and that’s probably why their numbers are not really changing much over the years,” said Raynald Marchand, the organization’s general manager of programs.

Roughly 300 pedestrians across the country died each year from 2013 through 2015, with the number spiking to 346 in 2016 and dropping to 284 in 2017, according to Transport Canada. Toronto alone has reported 31 pedestrian deaths so far this year.

Wearing reflective clothing, while not mandatory, could reduce the risk to pedestrians, particularly at night or in bad weather, Marchand said.

A pedestrian safety event in east Toronto saw police hand out arm bands to seniors on Saturday, setting off a wave of backlash from critics who said it placed the responsibility on pedestrians rather that focusing on dangerous drivers.

Among the critics was Toronto’s former city planner and mayoral candidate, Jennifer Keesmaat, who noted the number of collisions in the city rose — and the number of tickets for provincial traffic offences decreased — after the police force eliminated its dedicated traffic enforcement team in 2013.

“As ticketing went down, injury and death on our city streets has gone up. Who will be held accountable?” she said on Twitter.

Police, meanwhile, said the weekend event and the arm bands were requested by a committee that acts as a liaison with the city’s Chinese community and included information on other safety initiatives.

The force also said the traffic enforcement team would be restored and would target high-collision areas and address dangerous behaviours such as aggressive and distracted driving.

“We’ll continue to do all we can to protect our communities and eliminate deaths and injuries on our roads,” deputy police chief Peter Yuen said in a statement.

Other communities in Canada have given out reflective arm bands in recent years as they seek to increase pedestrian safety, including Halifax and Nanaimo, B.C.

Marchand, of the Canada Safety Council, said it’s in the interest of pedestrians to do what they can to protect themselves.

“It’s everyone’s responsibility to be safe....everyone has to be part of the solution,” he said.

Our Morning Update and Evening Update newsletters are written by Globe editors, giving you a concise summary of the day’s most important headlines. Sign up today.