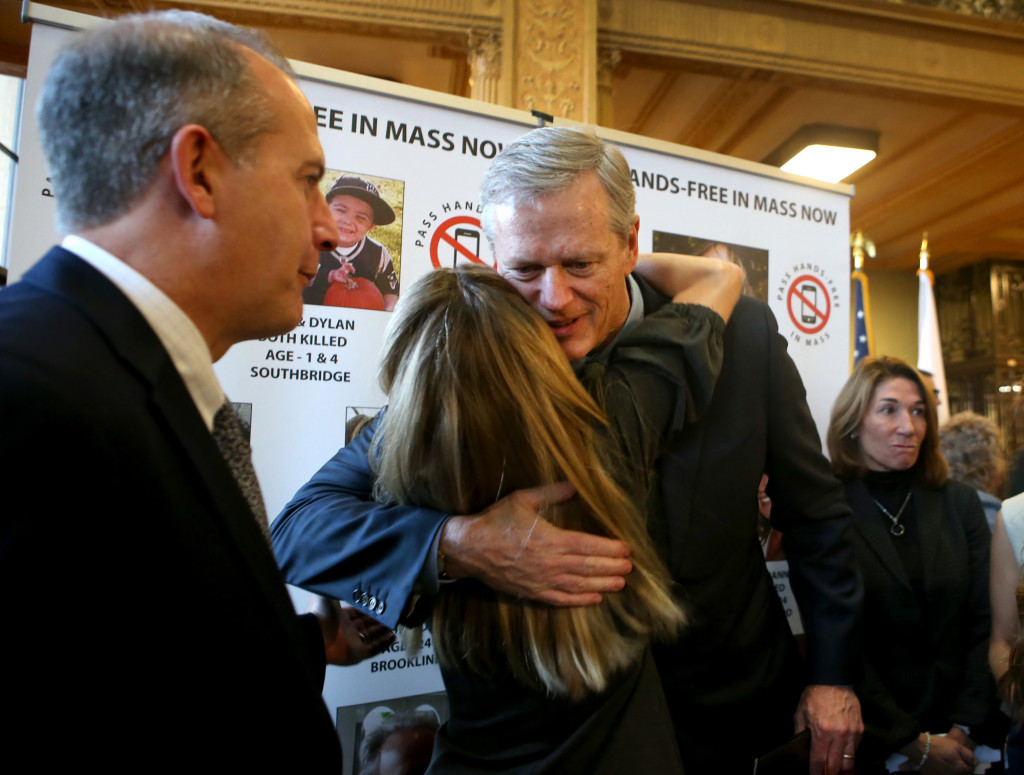 Distracted drivers could soon hear the sound of sirens behind them now that cops are equipped with new legislation to pull people over for hand-held cell phone use.

“Operators driving a car should not be holding a phone to text, check social media or email,” Gov. Charlie Baker said Monday after signing the measure into law. “When a diver on an electronic device hits something or someone, that’s not an accident. It’s a crash that was avoidable.”

Under the new law, drivers are prohibited from even touching an electronic device except for a single swipe to activate hands-free mode. Phone calls are also forbidden unless drivers are utilizing technology like Bluetooth.

The law will go into effect in 90 days, according to Transportation Secretary Stephanie Pollack, but police will issue warnings until the end of March to help people acclimate to the new rules.

Though the consensus on the concept of hands-free driving has been nearly universal, lawmakers and stakeholders on Beacon Hill have battled over various versions of this bill for years when it comes to a provision to collect race-related data during traffic stops and whether or not to share it with the public.

Members of the House and Senate Joint Committee on Transportation signed off on a conference committee report last week.

“Although it took us a while, the effort was sincere on the part of everyone and we have differences. Sometimes it takes us a while to resolve differences,” Rep. Joseph Wagner said, “But we’re here.”

The final version of the bill requires the Registry of Motor Vehicles to collect demographic data from every traffic stop ending in a citation. That data would be sent to an outside entity for analysis. Both the secretary of public safety and security and the hired entity will be required to produce annual report and aggregate data, but the raw numbers would be kept secret from the public.

Chelsea Police Chief Brian Kyes, the president of the Major City Chiefs Association, expressed concerns about the ambiguity in the language of the law around determining whether or not a department is biased. He said at the bill signing Monday that he feels confident law enforcement will have a seat at the table when it comes to determining that formula.

“As far as the hands free component we’ve always supported it from the get-go, we’re certainly happy to see it pass today,” Kyes said. “We are optimistic that we have a voice in the process.”