Drivers Refuse to Put Down Their Phones. People Keep Dying. 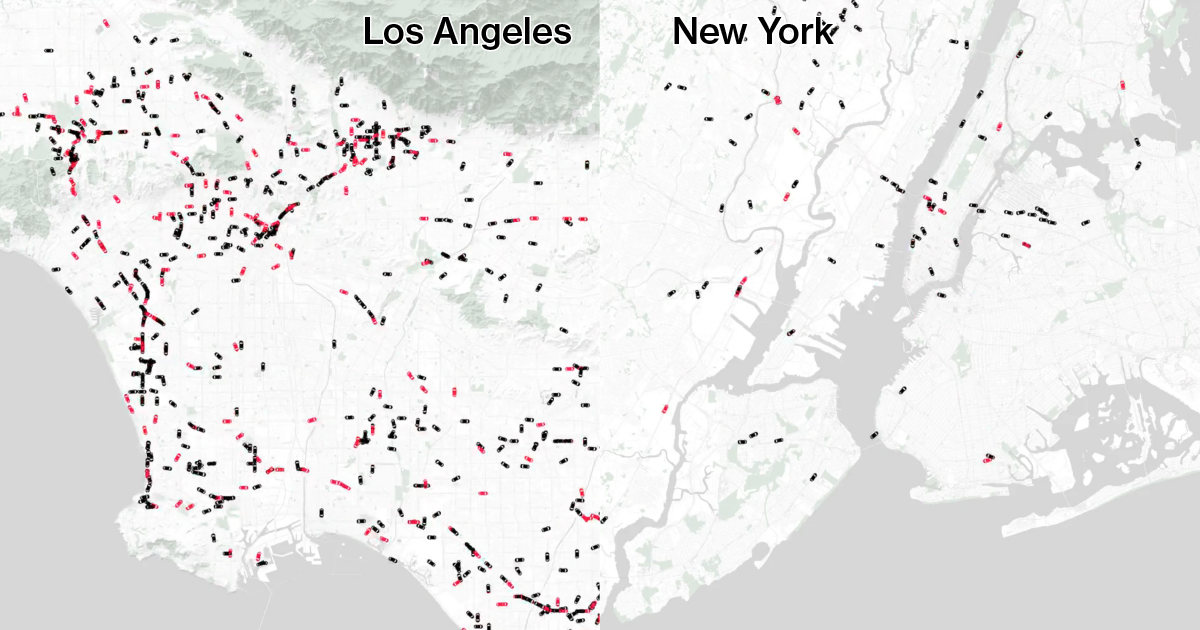 In New York state, it’s been illegal for drivers to talk on a hand-held phone for almost 20 years; texting at the wheel was banned a decade ago. Across the U.S., many states havedistracted-driving laws in place. Yet federal studies estimate over 3,000 people a year die from distracted driving, and safety experts believe the actual number is far higher.

The number of drivers who’ve had a distraction-related incident—from a close call to a full accident—remains terrifyingly high. Laws can’t do much in those moments when a seconds-long glance at a phone can result in a fatality.

Mike Pitcher, a retired Atlanta executive, is still haunted by a near hit a few years back. Elated at having just bought a house, he broke his personal no-phones-at-the-wheel policy and unwittingly cruised his Cadillac Escalade past a stopped school bus and two grade-school kids about to cross the street. “I slammed on the brakes, looked back in the rear-view mirror,” recalls Pitcher.

One way to try to assess just how badly we’re behaving on public roads may come from the phones in question. Insurance agencies and fleet managers have turned to several technology startups that monitor the speed and motion of a phone to flag when it’s being used by a driver.

A smartphone driving platform, TrueMotion Inc. asks drivers to have their phone usage tracked while they’re behind the wheel in exchange for insurance incentives or other rewards. The company has developed proprietary apps for Met Life, Inc., The Progressive Corporation, and Travelers, among others, and that data is not shared with external parties. The data shared with Bloomberg comes from TrueMotion’s analysis of the roughly 30,000 drivers using one of two free apps that the company offers: TrueMotion Family, targeted mostly to parents of driving-age teenagers; and Mojo, an incentive-based app where subscribers can accumulate points for safe driving and then exchange those for rewards.

The data support the generally-accepted wisdom that despite laws, penalties and reminders of the hazards of cell phone distractions while behind the wheel, drivers continue to put themselves and others on America’s roads in grave danger.

TrueMotion also shared more granular data with Bloomberg of trips in and around Los Angeles and New York City from this past summer—one of the times in the year when distracted driving is at its highest. Drivers text and drive about 30% more during the holidays, according to Mike Fiorentino, marketing director for TrueMotion. On an average weekday, the percentage of texting while driving is 9.1%; that figure shoots up to 13.5% on Thanksgiving and 12.1% on Christmas.

New York drivers called, texted or swiped through apps about 22% of the time they were on the road. Los Angeles fared slightly worse, mostly in the “non-call passive usage” category, which could include the use of apps for navigation and directions.

In New York City, higher concentrations of in-hand phone use occurred while cars were travelling on major thoroughfares, such as into and out of the Lincoln Tunnel connecting New York City and New Jersey. Distracted driving patterns in Los Angeles varied more and occurred on freeways and in less dense neighborhoods.

The trends seen in TrueMotion’s data aren’t all bad. The company says distracted driving appears to have leveled out in the past year, most likely because of a rash of new laws and a public push for pending proposals. Massachusetts signed a bill last month that bans drivers from holding phones, and similar laws took effect in Maine and Florida earlier this year.

The laws don’t necessarily tell you if one state is safer than another, but TrueMotion’s research has found that the passage of new laws—and perhaps the associated media coverage and heightened awareness—lead to a decrease in distracted driving. In Georgia, for example, a study of between 20,000-25,000 drivers using TrueMotion’s apps found that the passage of a hands-free law last year was responsible for reducing distracted driving rates by 20%.

“What you’re seeing is that the laws are having an effect but they aren’t in enough states to affect the overall levels dramatically,” says Fiorentino. “We need more than hands-free legislation in a few states to make meaningful progress on that issue.”

About 90 percent of voters support stronger laws to crack down on smartphones at the wheel, according to Stopdistractions.org, a safety advocacy that lobbies for stronger handheld phone laws all over the country. “People know they shouldn’t be doing it, but they can’t stop,” says Stopdistractions.org founder Jennifer Smith. “They realize that they need that law.”

Mike Pitcher’s experience turned him into an anti-distracted-driving evangelist. A talented public speaker, he travels the country to speak out about the dangers of using smartphones on the interstate and the slippery slope of highway text messaging. He also banned all phone use for drivers at LeasePlan USA, a company he ran at the time of his close call, which manages a fleet of 300,000 vehicles for large commercial customers.

“It’s an epidemic and if it happened all at one time, in one place, there’d be a congressional hearing on it,” Pitcher explained. “But it’s 100% preventable.”